Flip flop! Cliff jumper’s backward somersault off a 50ft cliff ends with him painfully smashing into the water

This is the sickening moment a 26-year-old cliff diver overshoots a landing as he falls 50 feet into deep water.

Blair Landry was visiting Shuswap lake in British Columbia in Canada when an opportunity for a stunt video went horribly wrong.

Blair starts the back-flip with extreme confidence launching himself over the edge, with no way of turning back.

As he pivots through the air his friends below can see that his overzealous energy that propelled him from the edge has forced him to overshoot.

As he lands with his back to the water, white spray erupts from the heavy impact as friends groan at what is clearly a painful landing.

Blair later shared the video to YouTube, later showing off his extensive bruising to his lower back on Instagram with the caption: ‘Awesome long weekend, minus the whole coughing up blood thing.’ 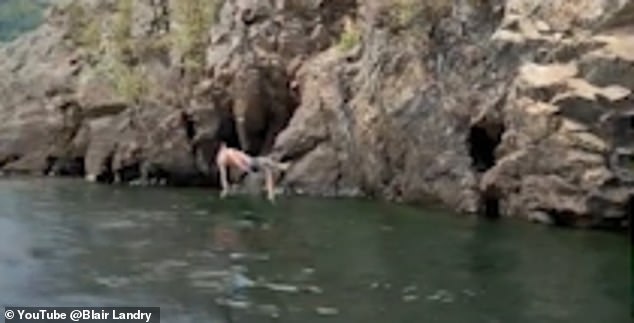 Blair is still turning as he hits the water, his awkward figure poorly braced for the incoming landing 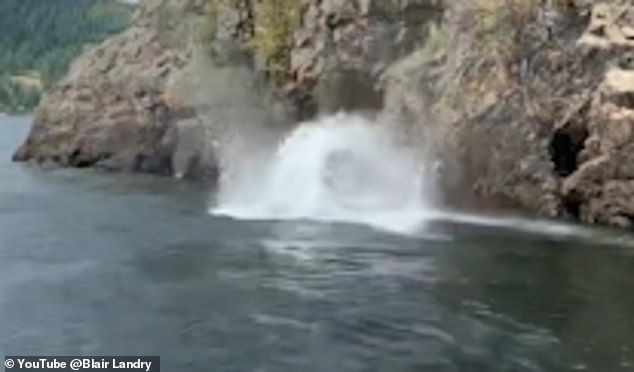 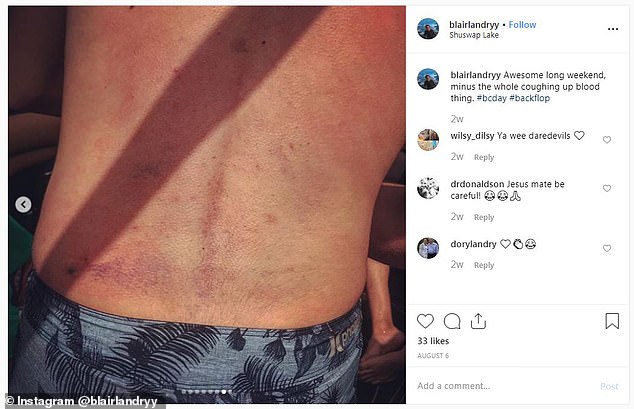 Nevermind the coughing up blood

Having fallen 50 feet, Blair was lucky to have been able to leave with comparatively minor injuries.

Shuswap Lake is a popular travel destination in British Columbia, with the massive expanse of water reaching a staggering 161m deep.