Footage of the creature has been viewed thousands of times online. 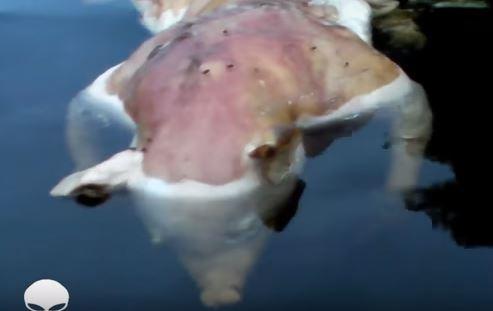 Some conspiracy theorists think it is some sort of mutant creature, a pig-like animal but with human hands.

Others though say it is a dog.

At first sight the animal does look like a pig but a closer look reveals the creature seems to have human-like hands and a straight tail.

The short clip was originally posted on YouTube channel Disclose Screen and has since been viewed over 3,800 times. 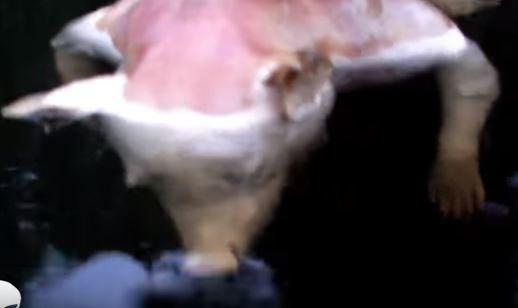 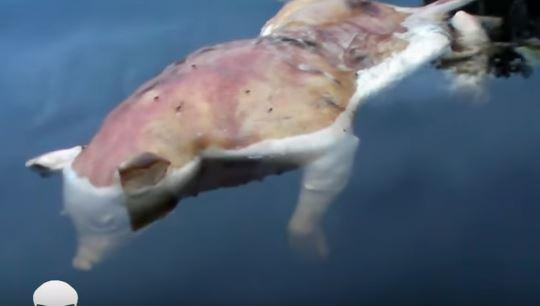 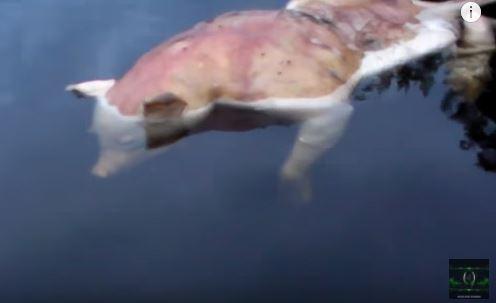 It is not clear where the film was taken but it is believed to have been in the US.

The person filming sounds uneasy as he approaches the creature – and says "What the hell is that?"

He goes on to say "let's get the hell out of here before you start stinking".

One commentator wrote: “I’ve watched this a few times now. A pigs nose, a dogs tail and hands with fingers! Looks like some kind of escaped experiment!”

Most people seemed split over it being either a pig or a dog although some thought it might be a raccoon.