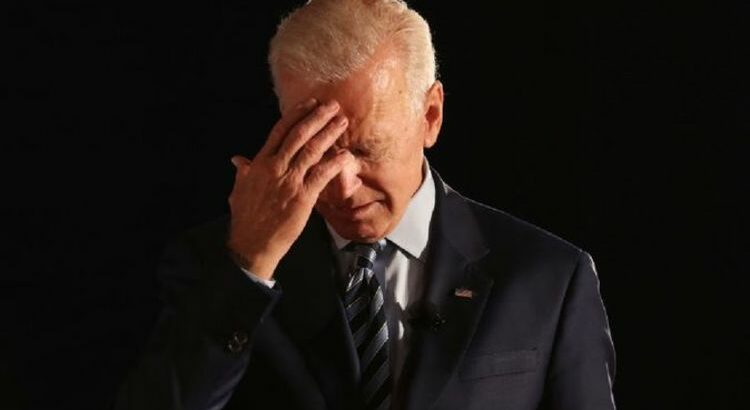 Joe Biden arrives back at White House after Wilmington trip

The 78-year-old President seemed to be confused by the instructions given to him by one of his Secret Service agents. In a video posted on social media, the security officer points for Mr Biden to follow the sidewalk path into the White House. However, the US President ignored the clear and obvious instructions and instead continued to follow the agent up the lawn and through the garden into the presidential estate.

The incident has once again raised concerns about Mr Biden’s mental fitness for America’s top job.

His right-wing critics were quick to take to the social media airwaves to ridicule him for his latest gaffe.

Josh Barnett, an Arizona Republican running for Congress in 2022, tweeted that the President was “lost” and “clueless”.

“They literally pointed the walkway out to him and he still went the wrong way,” posted Human Events editor Jack Posobiec.

Another wrote: “This video of Biden seems to be a robot that has not been correctly programmed??”

At the grand old age of 78, Mr Biden is the oldest President ever elected in the country’s history.

He was eight years older than his predecessor, Donald Trump, when he became President in 2016.

In an interview on Fox News in July, Mr Jackson said there was clearly something “concerning” happening with the President.

Why Warsaw is worried about Biden moving troops out of Poland [Reveal]
Joe Biden warned Middle East at risk of China and Russia takeover  [Spotlight]
China triggers major dispute in Europe in fury at Taiwan. [Insight]

“I think he’s demonstrating every single day that there is something going on,” he said.

“You don’t need to be a physician to look at this behaviour and see there’s something concerning happening.”

He added: “You can go back – there’s 40 years of tape of this man – he’s always made gaffes and stuff but these are different, he’s confused, he’s disoriented.

“He’s just not ageing gracefully at this point.”