BOGOTA (Reuters) – Colombian unions and student groups will hold their second national strike in less than week on Wednesday in honor of a dead demonstrator and to protest rumored government economic plans, corruption and police violence. 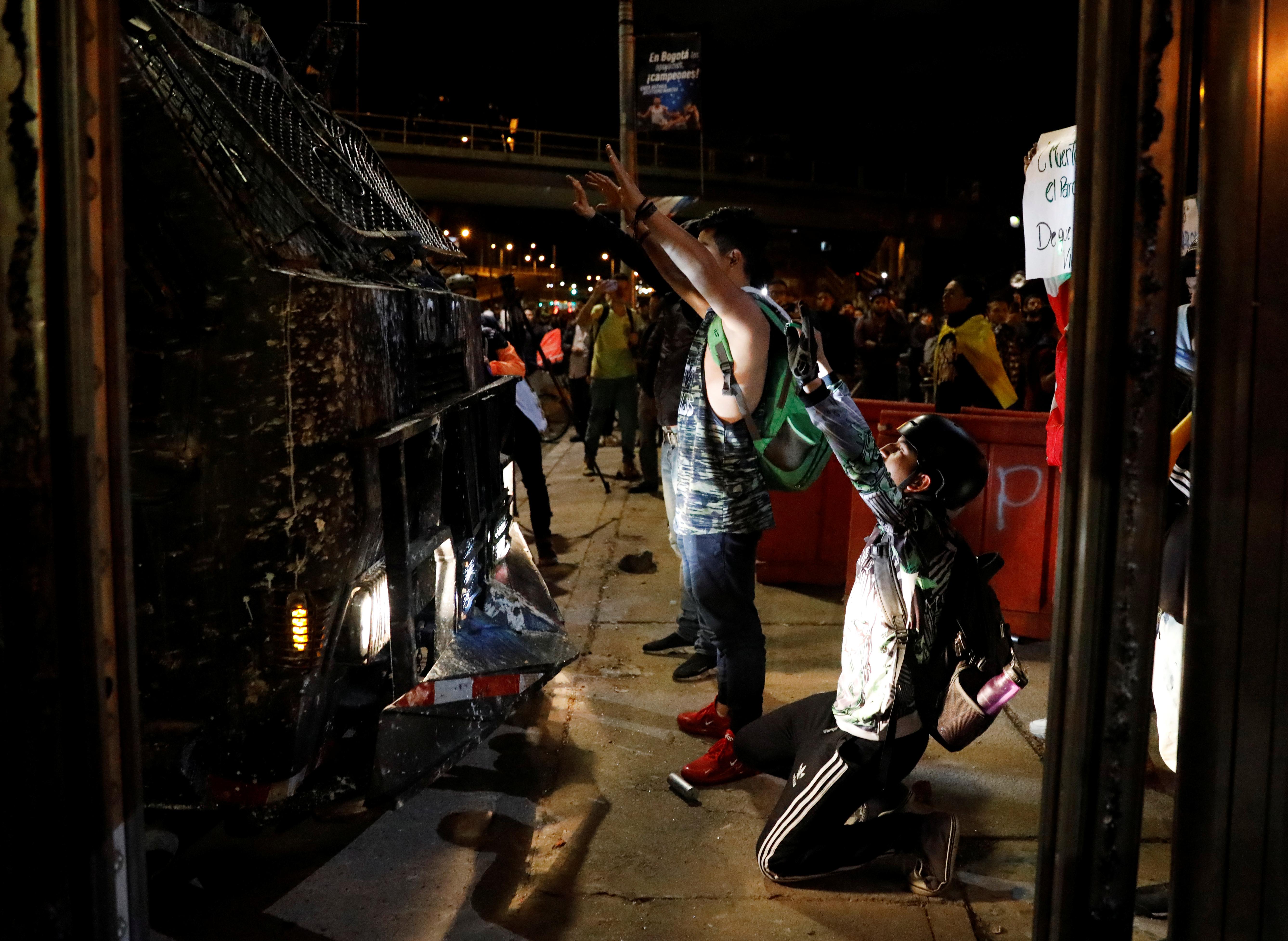 The series of protests began last week with a 250,000-person march and a nationwide strike.

Demonstrators are rallying against economic plans – like a rise in the pension age and a cut to the minimum wage for young people – that President Ivan Duque denies supporting, as well what they say is a lack of government action to stop corruption and the murder of hundreds of human rights activists.

Marches have attracted thousands of peaceful demonstrators, but Thursday and Friday were also marked by the destruction of mass transit stations, curfews in Cali and Bogota and the deaths of three people in connection with alleged looting.

Cruz died on Monday and has become a symbol for protesters, who allege the ESMAD are using excessive force in their crowd dispersion efforts.

The National Strike Committee, comprised of major unions and student organizations, is demanding the government dissolve the force and “purify” the police.

Talks between the committee and the government have stalled amid union demands Duque meet with them without the presence of business leaders or other groups.

The committee has also demanded a rejection of the government’s tax reform proposal, which includes a cut in business duties.

Duque announced several changes to the proposal this week at the cost of some $930 million – including the return of value added tax to the poorest 20% of Colombians and lower contributions to healthcare by minimum wage pensioners.

Meanwhile, his promise to hold a social issues-focused national dialogue through March has sparked derision among marchers and opposition politicians, who see it as a tepid response to growing discontent.

Duque’s administration has been plagued by problems during his nearly 16 months in office, including a combative congress, low approval ratings and unsuccessful legislative efforts.