BOGOTA (Reuters) – Colombian seamstress Nazly Penagos got an unusual offer from her boss: come live inside the Bogota factory to reduce the chance of getting sick with the novel coronavirus. 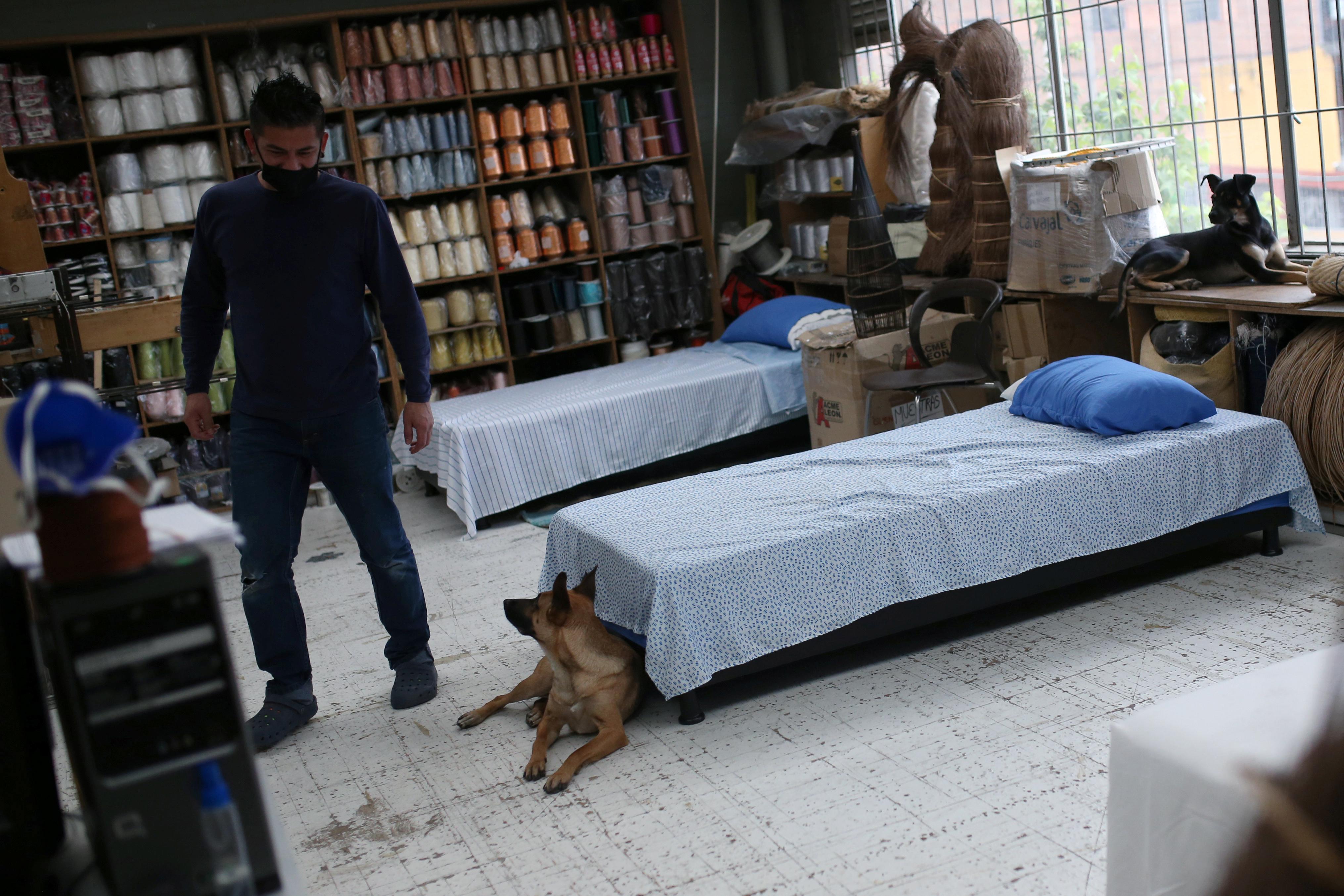 The owner of the Hechizoo factory, which normally employs 70 to produce high-end upholstery, has installed bathrooms, a kitchen and beds to house eight of the 17 employees who have returned to work, as Colombia gradually reopens its economy after two months of quarantine.

“It’s been good, because I don’t go out onto the street,” said Penagos, who only goes home on weekends. “I have a small daughter and I wouldn’t like to be coming and going and – you never know – take the infection home.”

While installing living quarters is a rare measure, thousands of Colombian factories and businesses are restarting operations. They are grappling with government delays in granting permission to reopen and worries about how to sell products to still-quarantined consumers in Latin America’s fourth-largest economy.

Sectors like construction, manufacturing and some retail have been allowed to gradually reopen by the government of President Ivan Duque, with limits on the numbers of employees.

The country’s lockdown – extended four times and set to last until May 31 – has also forced reinventions like the one at Hechizoo.

The factory’s managers are hopeful the addition of living quarters will keep the business afloat and avoid employee infections. The company is getting about 15% of its regular orders.

“We decided to stay here permanently until we know what will happen,” said creative director Jorge Lizarazo, who is also living at the factory and complained of unclear government instructions. “The uncertainty worries me…uncertainty is fatal for any business.”

Colombia’s gradual reopening is similar to those taking place in Mexico, Argentina, Peru and Chile. South America is coronavirus’ new epicenter, with Brazil the hardest hit.

“Thank God the company called us in to work,” said construction manager Luis Alfonso Carranza at the site of a new apartment-office building in Bogota. “It affected us a lot. Our company didn’t pay us so economically it was really hard.”

Carranza said he had not been paid for nearly two months and that his wife had also lost her job.

LOTS TO SELL, FEW TO BUY

Businesses told Reuters government authorizations to restart work have come slowly amid contradictory official announcements and their fears customers will purchase little while they remain largely stuck at home and restricted to buying basics.

Another group of businesses – including beauty salons – can reopen from June 1 only with reduced capacity and masks.

“It doesn’t mean in any way that these sectors can operate from June 1, no, it’s not like that, they have to comply with and validate the bio-safety protocols,” Commerce Minister Jose Manuel Restrepo said last week.

Frustrated manufacturers say their funds will soon run out.

“The mayor’s office gave us thumbs up to open the factory, with just 20 of the 60 people, but why should we make things if there’s no one to sell them to?” said Elsa Zarate, manager of clothing factory Francotex. “At this pace we can’t keep the employees. We only have funds through May 30.”

Around 1.6 million Colombians lost their jobs in March and the country’s economy – usually one of the region’s healthiest – is likely to contradict 5.5% this year, according to the government. “The big opportunity that we have is via the web page,” said factory operations director Alba Luz Angarita. “People still have things to celebrate, even if families can’t get together. They will always need a gift for someone.”