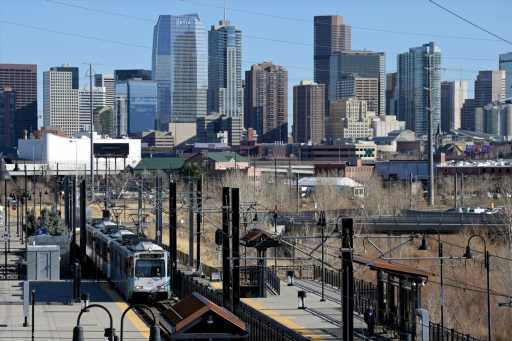 After months of talks, the Regional Transportation District and state lawmakers have settled on one month as the target length for a fare-free transit pilot during the hot, smoggy summer months.

A bill unveiled in recent days passed its first committee vote 4-1 on Tuesday afternoon. Sen. Faith Winter, a Westminster Democrat, said the month of August is likely when RTD would run its first fare-free pilot, with another one possible in 2023.

If it clears both chambers, Senate Bill 180 would set aside $14 million each of the next two summers to help pay for free-transit programs around Colorado, with the bulk reserved for RTD, the state’s largest public transportation provider. Gov. Jared Polis signaled his support for the idea by including funding in his budget proposal for the coming year, but RTD still would have to work out many details.

The bill also includes $30 million to expand service in coming years on Bustang, the state’s regional bus service. The number of daily trips on lines connecting Denver to Fort Collins, Grand Junction and Colorado Springs could roughly double as ridership increases, according to the Colorado Department of Transportation.

The main hope of the free-transit pilot is to draw more people out of their cars and onto RTD’s buses and trains at the height of the season when metro Denver’s ozone readings frequently fly off the charts.

But there’s another goal behind it: Enticing more riders back to RTD. The state’s largest transit agency, like others around the country, is still recovering from a pandemic ridership plunge driven by changing commute patterns and, more recently, safety concerns. A recent “Free Fare February” pilot by the Utah Transit Authority has given supporters reason to hope, since free service helped the UTA notch its highest monthly ridership of the pandemic.

Testimony during the Senate Transportation and Energy Committee’s hearing was largely supportive, though some transit advocates pushed for the state to do more to support transit.

“This bill is an excellent start, but we’re going to need a much bigger investment to meet our air quality and climate goals,” said Molly McKinley, the Denver Streets Partnership’s policy director.

RTD ridership slowly recovered to 53% of pre-pandemic levels by late last year. But then it fell again during the omicron variant-fueled surge in COVID-19 cases. RTD officials have said ridership numbers have resumed their upward march as the surge has subsided.

If the new measure becomes law, RTD’s experiment with suspending fares would have to last at least 30 days. The Colorado Energy Office would offset up to 80% of the cost of making service free on all of RTD’s services.

The 30-day target was a compromise, with lawmakers hoping the agency would embrace a nearly summer-long pilot while RTD officials pushed for a more limited program — along the lines of offering free fares one day a week.

The worry voiced by RTD’s general manager and CEO, Debra Johnson, was that a larger pilot would strain the agency’s resources while it attempts to fill staffing gaps and get a handle on recent security challenges.

Though RTD’s board hasn’t taken a formal position on the bill, the agency says its leaders are now on the same page as lawmakers.

“State leaders and stakeholders urged RTD to contemplate providing a month (of free fares) and RTD’s General Manager and CEO, in partnership with her leadership team and its labor union partner, believe a month of fare-free transit is a responsible approach to exploring this service delivery model,” RTD said in a statement Tuesday.