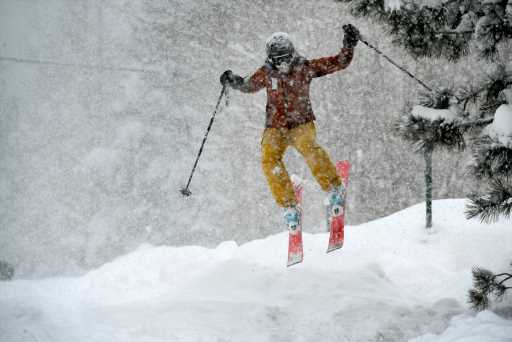 Colorado ski towns saw between 3 and 16 inches of snow as of Sunday morning, weather reports show, though more likely fell during the day.

According to opensnow.com at least 9 inches of snow fell on Aspen Mountain as of 6:14 a.m. Sunday. Additional ski town snowfall amounts include:

Because all of those reports came in between 6:14 a.m. and 7:16 a.m., the total amount of snowfall likely increased as snow continued to fall throughout the day,  said Jim Kalina, a meteorologist with the National Weather Service in Boulder.

Heavy snowfalls led to closures along Interstates 25 and 70 near Denver, on the Eastern Plains and in northern Colorado.