KIEV (Reuters) – The top three contenders in Ukraine’s presidential elections cast their vote on Sunday in a first round which a comedian – who happens to play a fictional president in a popular TV series – is tipped to win. 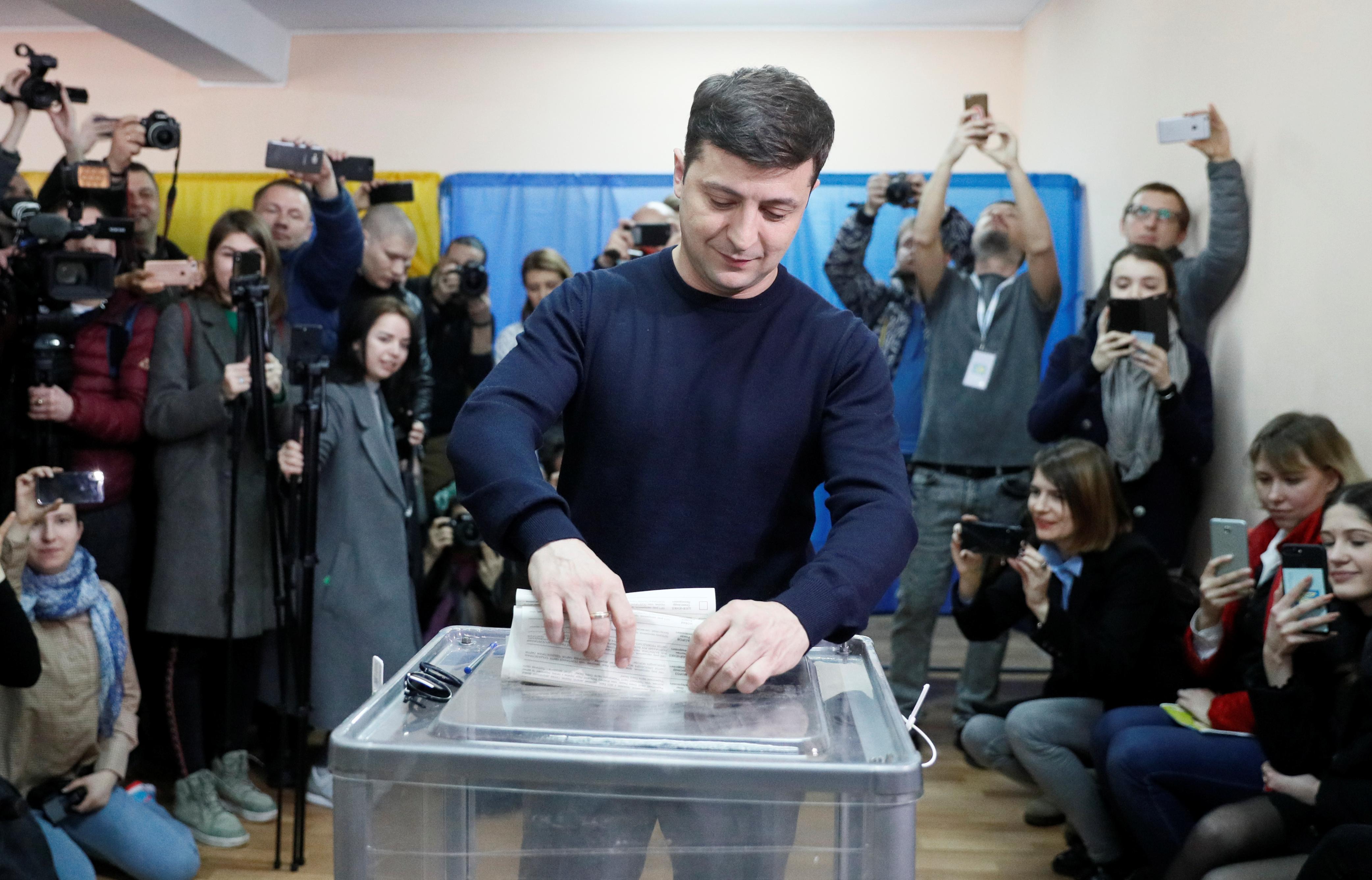 At stake is the leadership of a country on the front line of the West’s standoff with Russia after the 2014 Maidan street protests ejected Poroshenko’s Kremlin-friendly predecessor and Russia annexed the Crimean peninsula.

No candidate is expected to receive more than half the votes, meaning the election would go to a run-off on April 21. Out of a crowded field of 39 candidates, none of the likely winners wants to move Ukraine back into Russia’s orbit.

Investors are watching to see if the next president will push reforms required to keep the country in an International Monetary Fund bailout program that has supported Ukraine through war, sharp recession and a currency plunge.

Joking around with journalists after casting his ballot, anti-establishment candidate Zelenskiy said he was in an upbeat mood and had “voted for a very worthy guy.”

“A new life is beginning, a normal life, a life without corruption, without bribes – life in a new country, the country of our dreams,” Zelenskiy said.

Despite multiple accusations of electoral fraud among the candidates ahead of the election, the first half of voting day itself appeared to go quite smoothly. Police said that by midday (09:00 GMT) they had received 284 reports of minor violations, and opened three criminal cases.

Poroshenko has fought to integrate the country with the European Union and NATO, while strengthening the military which is fighting Kremlin-backed separatists in the east of the country.

After voting alongside his family on Sunday the incumbent spoke about how a fair vote was essential for Ukraine’s progress.

“This is an absolutely necessary condition for our moving forward, for the return of Ukraine into the family of European nations and our membership of the European Union and NATO,” Poroshenko said.

Pushing the use of the Ukrainian language and instrumental in establishing a new independent Orthodox church, the 53-year-old confectionary magnate casts himself as the man to prevent Ukraine again becoming a Russian vassal state.

But reforms crucial to keep foreign aid flowing have been patchy. Conflict in the eastern Donbass region has killed 13,000 people in five years and rumbles on despite Poroshenko’s promise to end it within weeks. Frustration over low living standards and pervasive corruption has left the door open for Zelenskiy.

Just 9 percent of Ukrainians have confidence in their national government, the lowest of any electorate in the world, a Gallup poll published in March showed.

Zelenskiy has tapped into the anti-establishment mood, though his inexperience makes Western officials and foreign investors wary and skeptics question his fitness to be a wartime commander-in-chief.

Inviting comparisons with U.S. President Donald Trump and Italy’s Five-Star movement, his campaign has relied heavily on social media and comedy gigs of jokes, sketches and song-and-dance routines that poke fun at his political rivals.

“He embodies the perceived need for ‘new faces’ in politics and could sway the young, pro-reform electorate to his side,” said Economist Intelligence Unit analyst Agnese Ortolani. 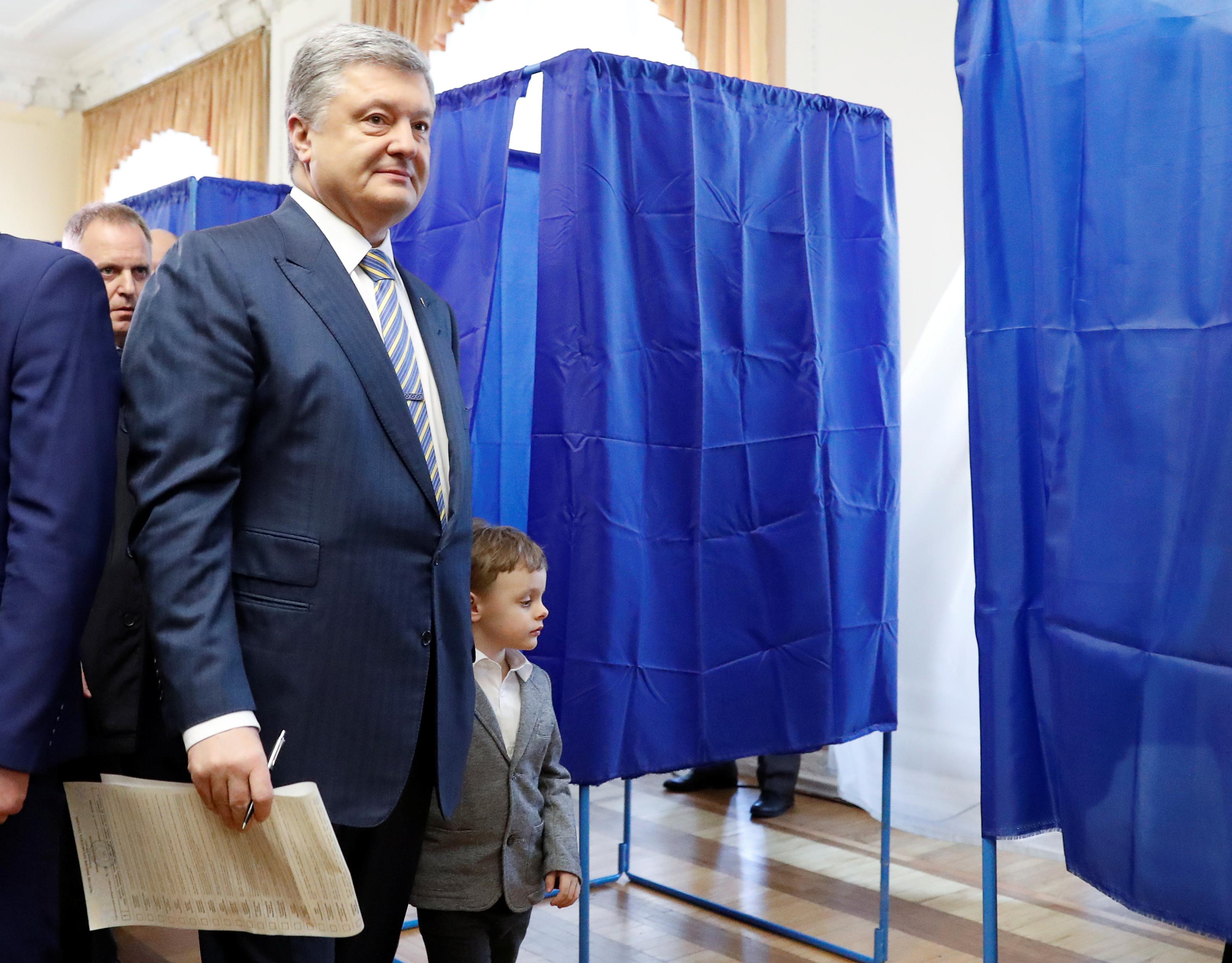 Zelenskiy’s campaign has blurred the line between reality and the TV series in which he plays a scrupulously honest history teacher who accidentally becomes president.

In series three, which began airing in March, his character is flung into prison and the country falls under the control of oligarchs, populists and ultranationalists, and eventually gets broken up into 28 states. Thinly-disguised characters resembling Poroshenko and Tymoshenko come to power.

The election has been marred by allegations of fraud and vote-buying, meaning one or more of the candidates could contest the result. Ultranationalists acting as election observers have also caused concern about the prospect of violence.