A carer dialled 999 after discovering the 76-year-old on the floor of his £180,000 townhouse in Mijas near Fuengirola.

Starr, who fled to Spain in July 2015 after a libel case loss against a woman who accused him of groping her when she was 15, was found around 3pm on Thursday.

It is not known at this stage exactly when Starr died, although the carer told police she saw him alive in the morning and she is understood to have returned to the property in the afternoon after failing to reach him on the phone.

A well-placed local source said he had been found naked on the floor inside his home in the hills above the popular holiday resort of Mijas Costa, which is between Fuengirola and upmarket Marbella. 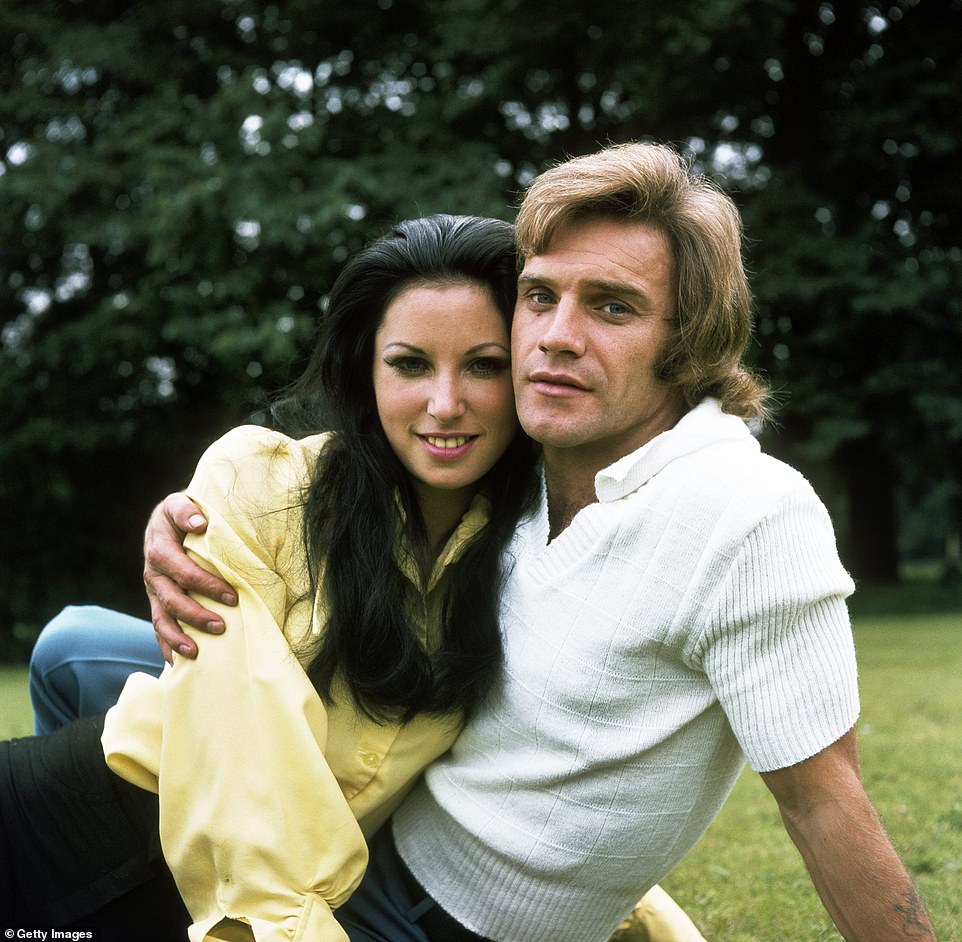 Starr photographed at home with his second wife, Sandy, in 1974 who he married at the height of his fame. The couple had three children together. 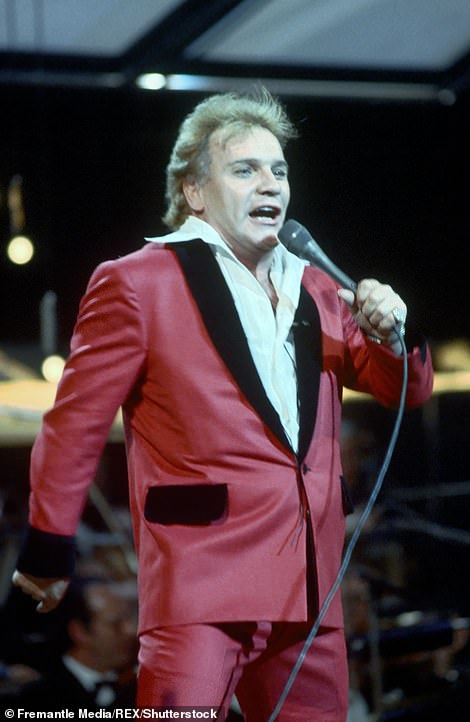 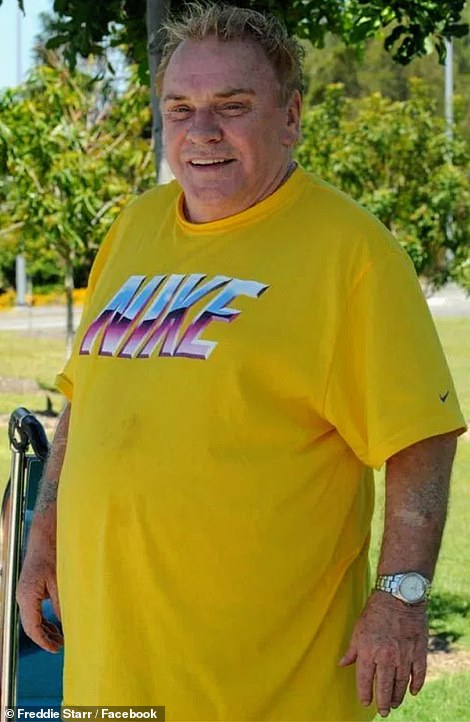 Police sources said there was nothing to suggest the death was suspicious. Right: Starr posted a picture on Facebook in January alongside the caption ‘Diet going well!’

He moved into the townhouse around three years after leaving a nearby place where he first stayed after he quit Britain.

Neighbours at the complex said he had become a virtual recluse in recent months following years of ill health.

Police sources said there was nothing to suggest the death of the fallen comic, who suffered asthma and had a quadruple bypass following a heart attack in 2010, was suspicious.

An autopsy is expected to take place tomorrow at the Institute of Forensic Medicine in Malaga to rule out the possibility it was the result of a crime.

Civil Guard officers were mobilised along with paramedics after the initial call from Freddie’s carer, although the first ambulance is believed to have taken some time to reach the scene.

A source at the equivalent of Spain’s 999 service said: ‘We responded to a call this afternoon from the carer of a 76-year-old man in the Mijas area of the Costa del Sol.

‘The woman said she had found the man and she was looking after him because he had been ill and said she thought he could be dead.

It was revealed in 2016 that Freddie bought a flat in Mijas, Costa Del Sol after fleeing Britain to escape a million-pound legal bill, when he faced financial ruin after losing a court case against a woman who claimed he groped her when she was 15. 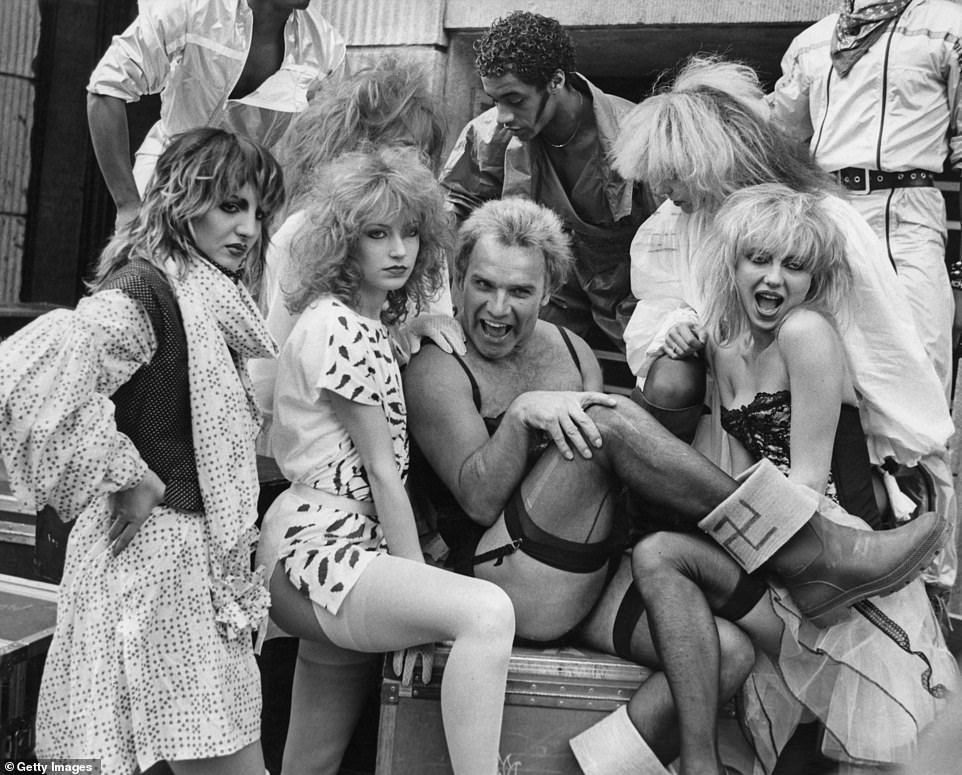 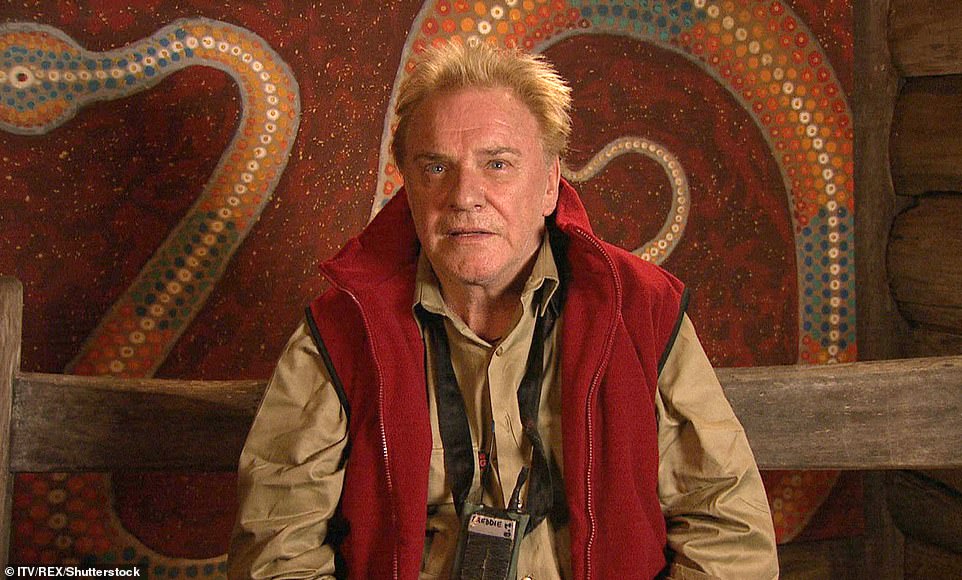 Freddie Starr pictured during his time on ‘I’m A Celebrity…Get Me Out Of Here!’ in 2011. He famously withdrew for health reasons 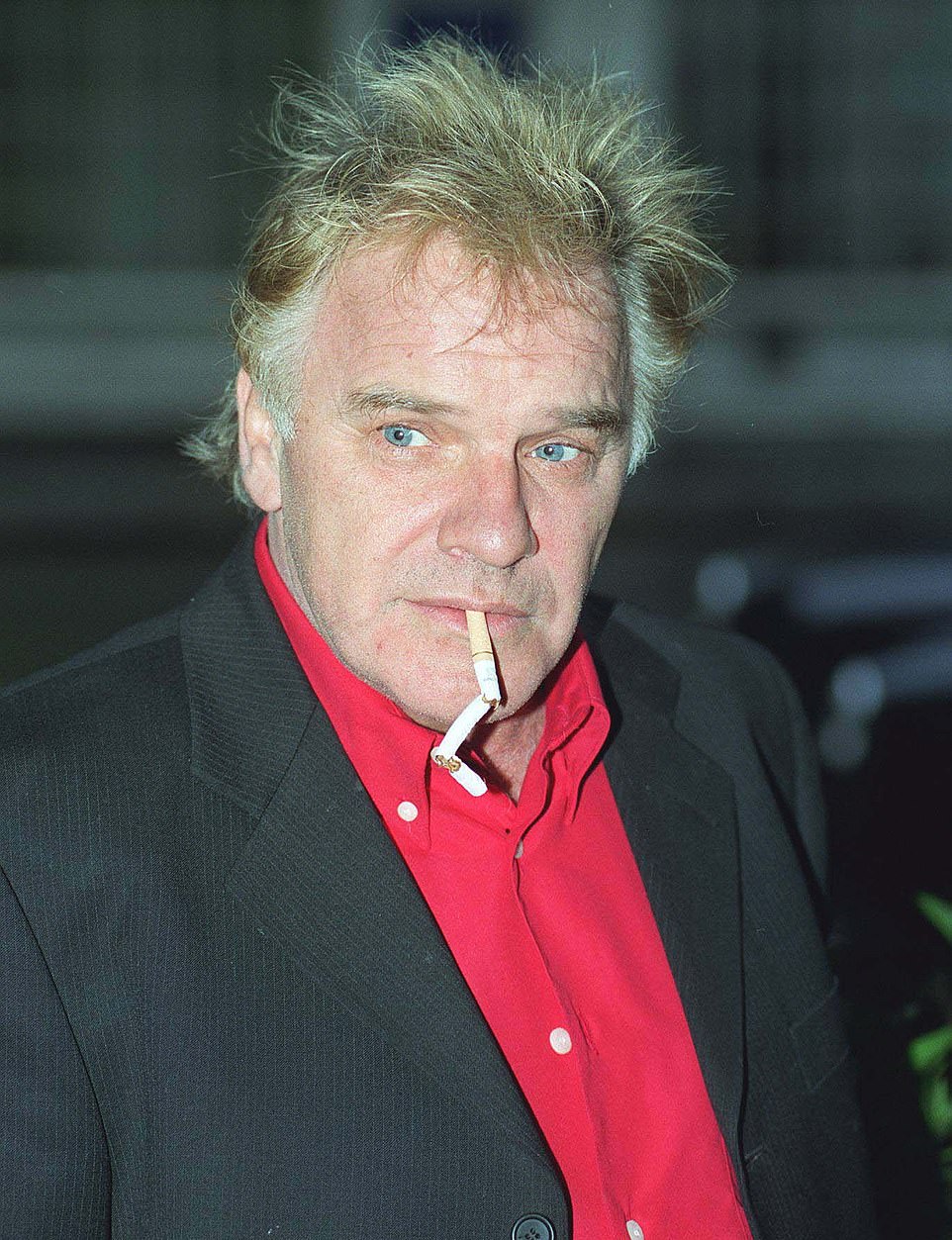 Freddie was facing ruin after losing a High Court case against 57-year-old Karin Ward, who claimed he had put his hand up her skirt when she was a teenager, before callously dismissing her as a ‘***less wonder’.

But instead of paying around £1million to cover her legal fees and court costs as he was ordered to by the judge, Starr liquidated his assets and left the country.

He tried to sue Miss Ward, a victim of serial sex offender Jimmy Savile, for libel after she gave interviews saying she was ‘horribly, horribly humiliated’ by Starr.

She described him as having had ‘a very bad attack of wandering hands’ during the filming of an episode of TV show Clunk Click in 1974.

Starr claimed he had lost £300,000 in earnings as a result of the allegations. However, Mr Justice Nicol ruled that Miss Ward was telling the truth and dismissed the case last July. 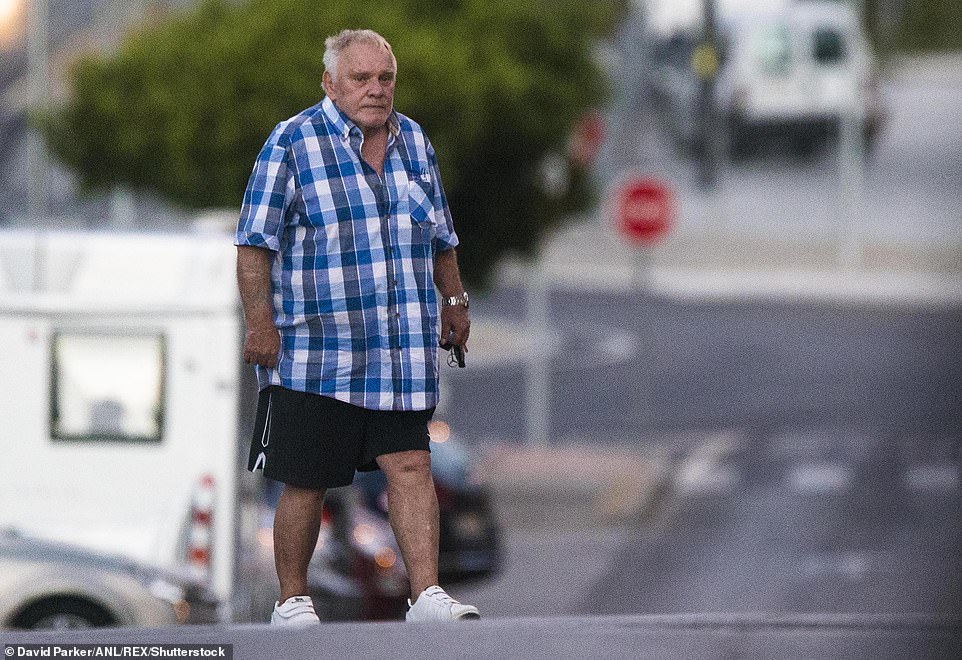 Starr pictured at a restaurant in Marbella, Spain where he lived for several years before his death

Starr initially insisted he had never met Miss Ward – then a 15-year-old pupil at Duncroft Approved School where Savile preyed on many of his victims – but footage emerged of her sitting behind him on the TV programme.

The comedian was arrested under Operation Yewtree but did not face charges. Miss Ward alleged that Starr had groped her bottom and tried to touch her chest.

She said: ‘I can remember Freddie Starr smelt extremely unpleasant and put me in mind of my stepfather.’

Starr denied all the claims and said in his witness statement: ‘I consider Jimmy Savile to be perverted if it is established the allegations against him are true. My wife was with me at that show. I had three lovely children. I don’t see how I could have acted so inappropriately.’

In 2015, speaking to The Mail on Sunday from his apartment in southern Spain, Starr admitted that he never had the money to pay Ms Ward’s costs – or his own. He had, he said, foolishly thought it would be a ‘slam dunk’ and he’d walk away with his name and reputation cleared. 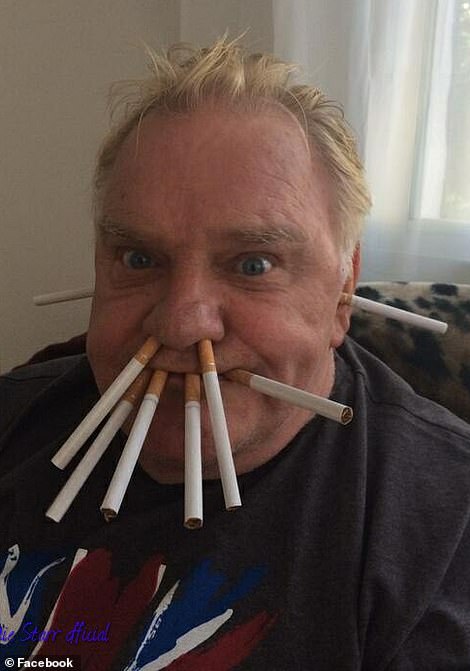 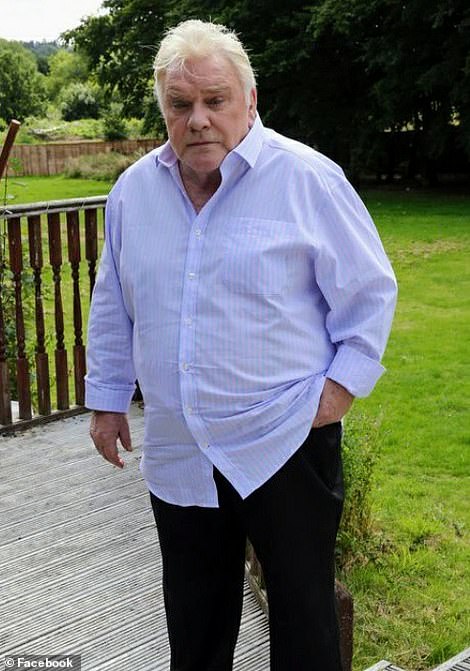 Left: One of Starr’s Facebook posts showing him with several cigarettes in his mouth, nose and ears. Right: Starr pictured in his final years