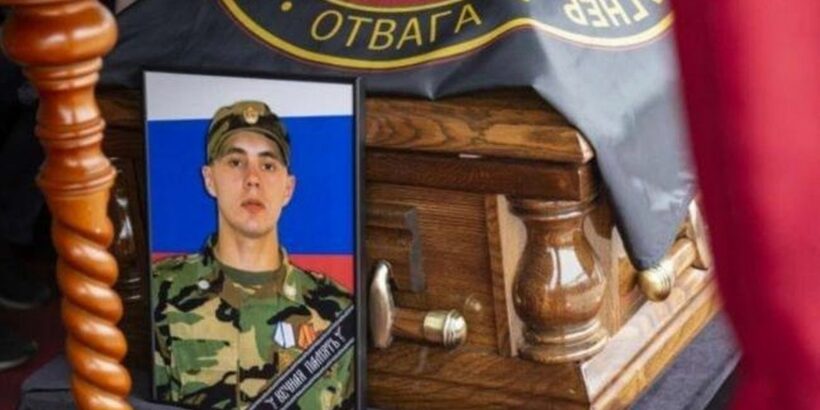 One of Russia's most feared commanders has been killed in Ukraine.

Alexei (Alexey) Nagin was the leader of the infamous Wagner group, and was found dead near Bakhmut on September 20.

He had previously fought for Russia in Chechnya, Georgia, Syria and Libya – but Ukraine was where he was finally killed.

It is not clear exactly how he died, but Bakhmut has been the source of intense fighting in recent weeks after Russia ramped up its efforts to secure the Donbas region.

A picture of Nagin's coffin, with his official army photo alongside it, has been circulating on Ukrainian Telegram groups overnight.

Prigozhin specialises in espionage and deception, and was sanctioned by the US for alleged involvement in a bid to sway the result of the 2016 presidential election and other political contests.

He is believed to be allied with Maria Butina, a Russian spy who infiltrated various Conservative political groups such as the National Rifle Association.

“He was posthumously awarded the Hero of Russia.”

The Wagner Group, of which he was a top commander, is modelled on private armies like American military contractors Blackwater, or South Africa-based Executive Outcomes.

But while those companies are willing to sell their services to the highest bidder, The Wagner Group works for just one client – Vladimir Putin.

On Putin's orders the paramilitary organisation has committed appalling atrocities all over the world.

In just one conflict – the civil war in the Central African Republic [CAR]– Russian-backed “instructors” were implicated in 103 alleged war crimes including torture, murder and rape.

While some Wagner Group operatives are ex-military, many others are former convict with little or no military training or experience.