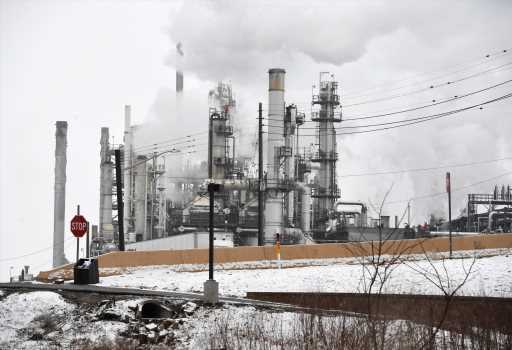 The far eastern parts of Denver and Commerce City got some snow Thursday morning, but it wasn’t part of the recent storm. Temperatures dropped below zero for several hours this morning and those conditions allowed for a strange phenomenon: refinery snow.

While the surrounding areas had clear skies, the snow slowed traffic on Interstate 270 around Commerce City.

The oil refineries and power plants near Commerce City induced light snow by producing warm steam that caused fog. the starting point to cause snowflakes.

Robert Koopmeiners, a meteorologist with the National Weather Service has lived in the area since 1988 and says he’s seen that a few times while driving from Denver to Boulder in the morning.

“It’s so local and small, but it certainly is viable and legitimate,” Koopmeiners said. “You could visually see it today when I drove by there. I drove up Interstate 25 and you could definitely see a huge plume coming up and you could see that in the satellite sometimes.”

The small area of snow did not make the radar on Thursday but it could be spotted by Colorado Department of Transportation cameras.

In 2021 a similar thing happened this time of year. Meteorologist Ben Reppert explained how the refineries caused snow.

“Arctic air has been building up in the lower atmosphere over the past couple of days,” he wrote. “The air near the surface is usually colder than the layer of air a few thousand feet above the ground. This allows for an inversion to develop, which traps and stabilizes the air near the ground. A low deck of stratus clouds typically forms in this setup. The warm and moist air from the refinery steam stacks rose into the clouds, but could not break through the inversion into the upper atmosphere. Ice crystals will start to grow in the shallow clouds, and then fall to the ground as snow.”