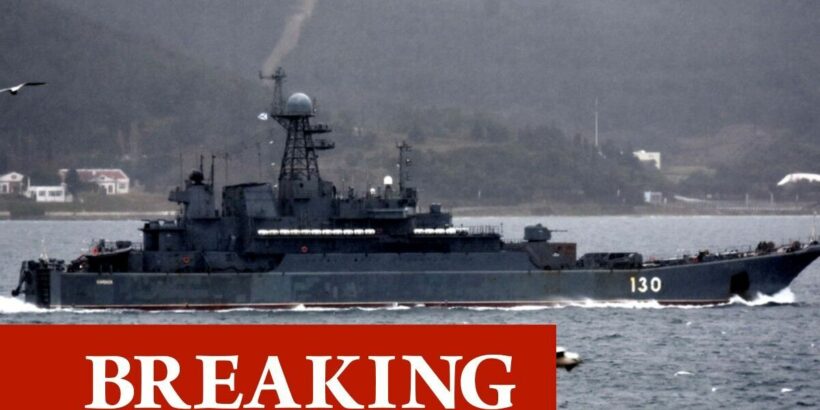 The vessel entered Danish waters north of the Baltic Sea island of Bornholm, according to reports. An event, titled the Democracy Festival, is current taking place on the island, which is being attended by senior officials and businesspeople.

He added: “Bullying methods do not work against Denmark.”

Danish Armed Forces officials said the warship entered their waters without authorisation at 12.30am GMT today, on Friday.

It added that it do so again a few hours later.

The warship is understood to have left the area after the Danish navy established radio contact.

But the Russian embassy in Copenhagen said Denmark had provided no evidence of the occurrence.