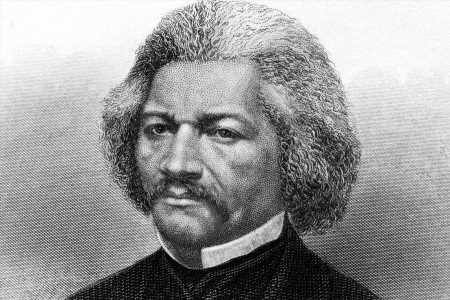 Members of Congress have joined forces with one of the descendants of Frederick Douglass to introduce anti-human trafficking legislation named after the renowned abolitionist.

The Frederick Douglass Trafficking Victims Prevention and Protection Reauthorization Act of 2021 (H.R. 5150)­ was announced on September 3, coinciding with the anniversary of Douglass’ self-emancipation in the 19th Century.

The bipartisan bill was authored by Rep. Chris Smith (R-NJ) with co-lead, Rep. Karen Bass (D-CA). It would provide $1.6 billion over five years to combat forms of modern-day slavery in the U.S. and around the world. The measure builds on programs enacted by Smith’s landmark Trafficking Victims Protection Act of 2000, while also creating new programs and strengthening laws to prevent trafficking, protect victims, and prosecute perpetrators.

“Frederick Douglass’ life and mission are incomparable, and inspire,” said Smith during a virtual press conference on Capitol Hill. “Remembering [Douglass’] tenacity, we combat the scourge of sex and labor trafficking—modern-day slavery—and rededicate ourselves to abolishing it.”

One aspect of the bill that Bass noted was its resources for a Survivor Employment and Education program. It includes wraparound social services, case management, life skills training, education, employment, and college scholarships.

“It is not enough just to rescue people,” said Bass in a statement. “You have to be able to help them prevent being trafficked again, because that is often what happens.”

The legislation has so far been endorsed by at least 17 anti-trafficking organizations and coalitions. They include: the Coalition Against Trafficking in Women, ECPAT-USA, the Foundation United, Covenant House International and the National Center on Sexual Exploitation.

“This bill presents innovative, promising, and best practice interventions that will help survivors to overcome the numerous and often complex challenges they frequently navigate through justice, human service, and other institutions on their paths to recovery and economic self-sufficiency,” said Bella Hanoukey, a trafficking survivor and member of the U.S. Advisory Council on Human Trafficking.

The bill’s introduction came on the anniversary of Douglass’ escape from slavery on September 3, 1838. Born enslaved on Maryland’s Eastern Shore, he was sent as a child to a family in Baltimore. Years later, he would disguise himself as a sailor and leave via train, headed north. After gaining his freedom, Douglass would become a renowned abolitionist and statesman who helped lead the fight to abolish slavery and advance equality.

“I have the great privilege of being descended from one of America’s best-known abolitionists,” said Morris, President of Frederick Douglass Family Initiatives, which works to bring the guidance of history to the fight against modern forms of slavery. “But I didn’t inherit an understanding of contemporary forms of slavery. That’s why our knowledge of these crimes—and the institutional support to stop them—must continue to expand. This bill will do that.”

In addition to continuing programs created by the Trafficking Victims Protection Act of 2000 and subsequent reauthorizations, the Smith-Bass bill would also take other steps.

It would strengthen the elementary and secondary school prevention education grant created in the Frederick Douglass Act of 2018—to be known as  “Frederick Douglass Prevention Education grants”—to prevent online grooming and trafficking of children through linguistically accessible, culturally responsive, and trauma-informed approaches and scalable programs.

Additionally, the bill would reauthorize and strengthen International Megan’s Law (which Smith also sponsored) to track convicted sex offenders living abroad and returning to the U.S. after living in foreign countries. It would add accountability for the U.S. Federal and foreign governments, hotels, and airlines through anti-trafficking training and codes of conduct for their staff, as well as transparency in anti-trafficking expenditures. It would permanently incorporate the U.S. Advisory Council on Human Trafficking as part of the U.S. government commitment to survivor-informed policies, and it would highlight the delinquency of reporting by state child welfare agencies and the Department of Justice in reporting missing and abducted children at-risk of being trafficked.