Conman who tricked three lovelorn women into handing over £120,000 after posing as a pilot seduced another victim – after contacting her from prison

A conman who tricked three lovelorn women into handing over £120,000 after posing as a pilot seduced another victim – after contacting her from prison.

Ammar Haider, 31, met up with the woman while on day release or home leave from the open jail where he was serving five years for fraud.

He even ‘married’ the love-struck healthcare executive in an Islamic ceremony. But before the wedding he was already borrowing her BMW to meet yet another woman he had been texting from behind bars. 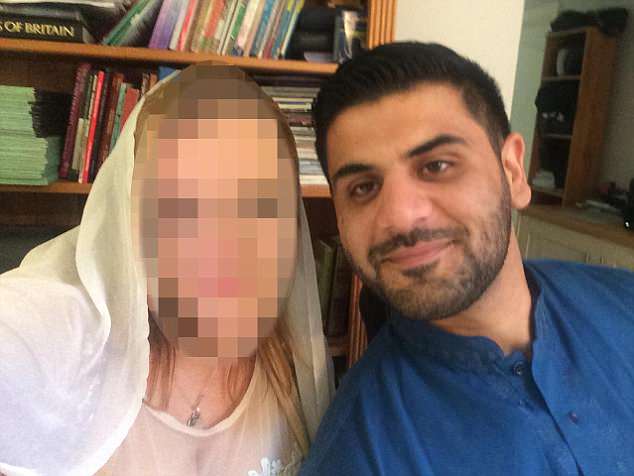 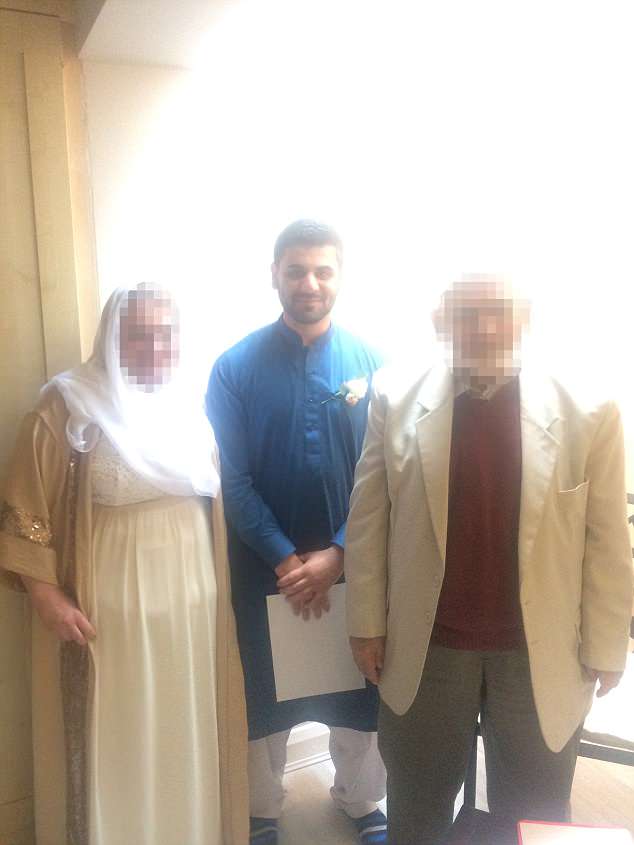 The conman first approached the BMW owner last May – sending her a text which he pretended had been meant for his sister. When she texted back to say he had messaged the wrong person he called her, quickly charming her with tales of his high-flying career as a pilot for the Emirates airline. The scam was a carbon copy of the trick he used to sweet-talk his earlier victims and soon she was seeing him every chance she could – with no idea he was a jailed criminal. Within months they had a wedding ceremony at an imam’s house in London.

Yesterday his 34-year-old ‘bride’ told of her anger that Haider, a married father of one, could continue ‘messing with people’s lives’ even when in prison. She said he told her ‘nearly all’ of the inmates at HMP Hewell, have access to smuggled phones.

‘We’d meet up when he was on weekend or home leave – and the rest of the time he told me he was working up north’, she said.

‘I can’t understand how somebody like him is able to carry on like this from a prison. More needs to be done to weed phones out of jails. I feel like I was sharing a bed with a stranger.’ The divorcee, who lives in a village outside Worcester, called for laws to force ‘emotional confidence tricksters’ such as Haider to declare new relationships after a conviction. ‘Sex offenders are subjected to stringent licensing conditions, where sexual harm prevention orders require them to declare new relationships which can help to protect new partners. But there is nothing to protect the public from people like Haider,’ she said. It was one of Haider’s lies that led the woman to find out he was a jailed criminal – just weeks before his release on licence this March. After telling her he was under investigation for tax fraud, she googled the lawyer he had mentioned. The man had been involved in Haider’s trial and the search revealed articles about the conman. 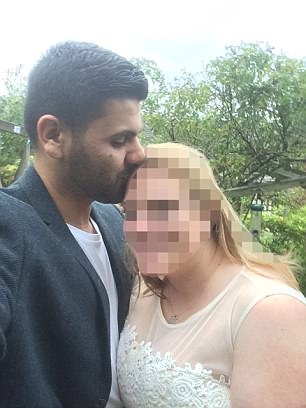 Haider with one of his unfortunate victims

‘When I discovered who he really was, I hoped he’d changed, she said. ‘Unfortunately he is just an inveterate liar who causes people severe emotional harm. Everybody in his life is just a cast member to him – he kills people off whenever it is convenient for the particular lie he is spinning.’

She broke up with him last month, after discovering he had been messaging the second woman, 47. By then, she had spent around £4,000 on Haider – who failed to repay her. Both women believe he obtained their phone numbers while using online dating sites under a pseudonym.

In 2015, Birmingham Crown Court heard Haider persuaded three women to part with savings or take out loans – with one handing over £52,000. He told all three victims he was a budding Emirates airline pilot – but he had never worked for the firm.

Haider, from Acocks Green, Birmingham, refused to comment when asked about his conduct outside his home this week.

A Prison Service spokesman said: ‘Using a mobile phone in prison is a crime and anyone found doing so can spend significantly longer behind bars.’