A PAEDOPHILE will spend Christmas behind bars after dressing as Santa to pose for pictures with kids on a busy high street.

Two youngsters were tricked into paying for snaps with Stephen Brown, 40, outside a department store. 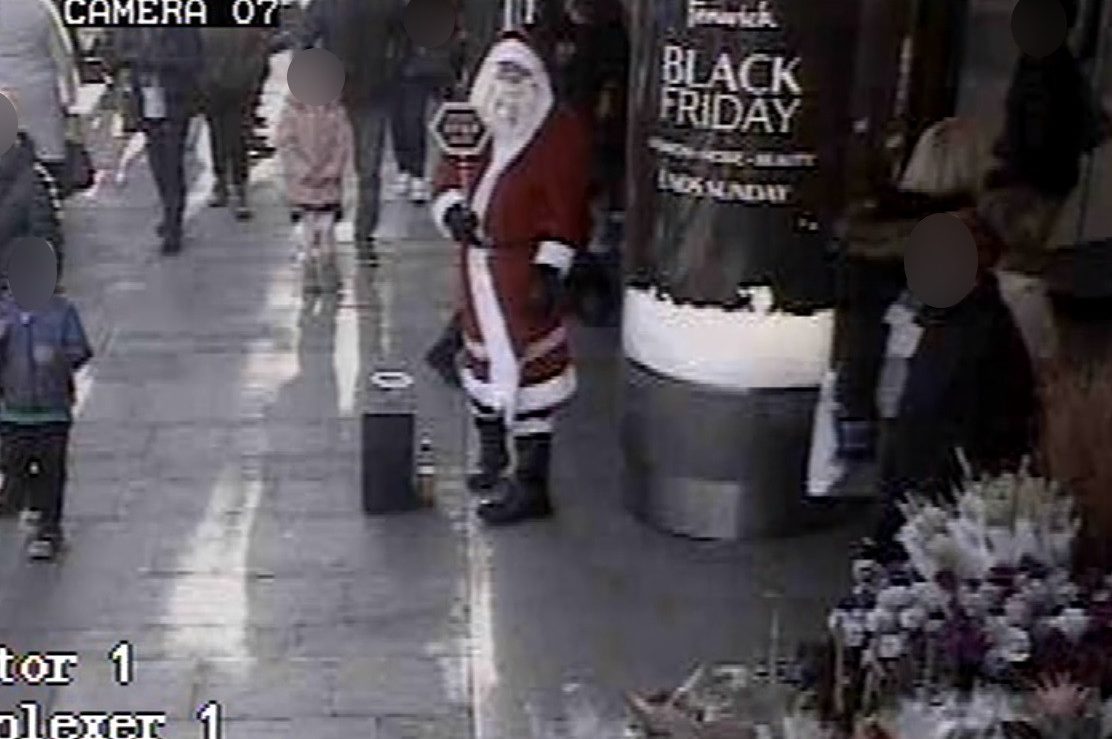 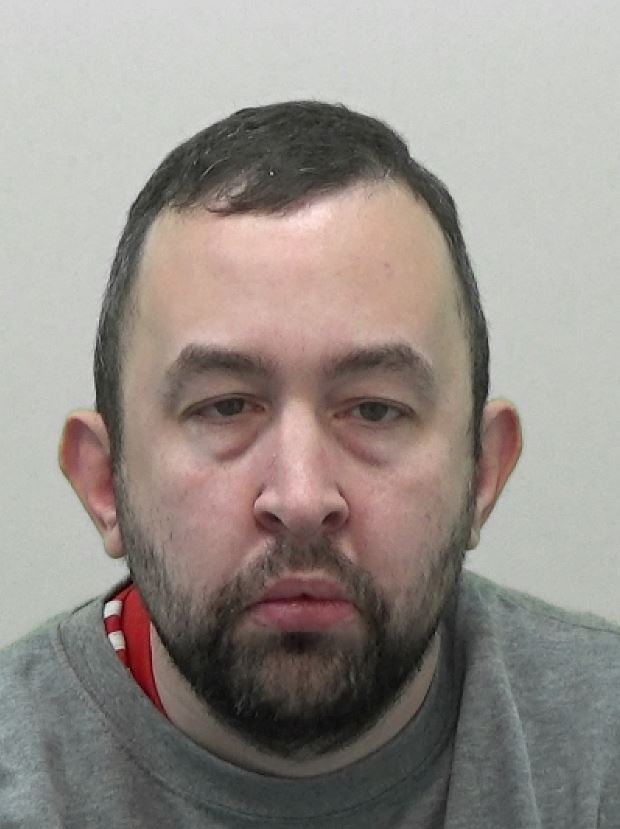 Staff grew suspicious when they spotted him with a sign saying: “Get ya picture taken and leave Santa Claus a donation. (Merry Christmas)" and another that said: "Santa Stop Here."

They alerted police who found he was in breach of a Sexual Offences Prevention Order (SOPO) imposed after he was jailed in 2012.

He was locked up for encouraging a teenage girl to perform sex acts via an anonymous social media account and threatened her when she refused to carry out his demands.

She contacted police who identified Brown as the user and arrested him at his home, where officers discovered a number of indecent images of children on his devices.

He was convicted of 14 offences including possession of indecent images, making an indecent image and inciting a child to perform a sex act.

Last weekend he was spotted dressed in a full Santa costume outside Fenwick's in Newcastle where kids queue to look at the department store's famous Christmas window.

Shopper Grant Walker, of Stockton-on-Tees, said: "No one looked twice at him, he looked as though he had every right to be there.

"It's a really busy street and there were lots of buskers and charity collectors, other people dressed as Santa as well so he just blended in.

'DESERVES TO BE LOCKED UP'

"It's frightening that could happen and that he had the brass neck to try a stunt like that. He deserves to be locked up." When shop staff alerted police they arrested Brown in front of crowds of shoppers.

He was charged with breaching the SOPO imposed when he was sentenced.South East Northumberland JPs in Bedlington jailed him for six weeks after hearing it was the second time he had breached the order since being released from prison in January 2017.

Chief inspector Steve Wykes, of Northumbria Police, praised the teamwork between security staff at Fenwick and police officers on patrol in the city.

He said: “Stephen Brown would not have looked out of place standing on Northumberland Street this weekend dressed as Santa Claus.

“There is always a fantastic atmosphere in the city in the lead up to Christmas and thousands of people were in the area doing their shopping.

“Many people would have walked past Brown and thought that it was perfectly normal for him to be offering people the chance to pose for a picture.

“But the security staff at Fenwick knew something wasn't quite right and they contacted our officers who checked his details and took decisive action.

“Brown's SOPO stated that he was not allowed any contact with children unless it was with the consent of a parent or guardian who was aware of his convictions.

“We believe that two people posed for a picture with him but it was clear they had no idea he was a convicted paedophile and he knew what he was doing was wrong.

“He will now spend Christmas in prison and I hope that sends a strong message to both Stephen Brown, and anyone else who is subject to a similar order.”

Brown was arrested outside the store last Saturday. 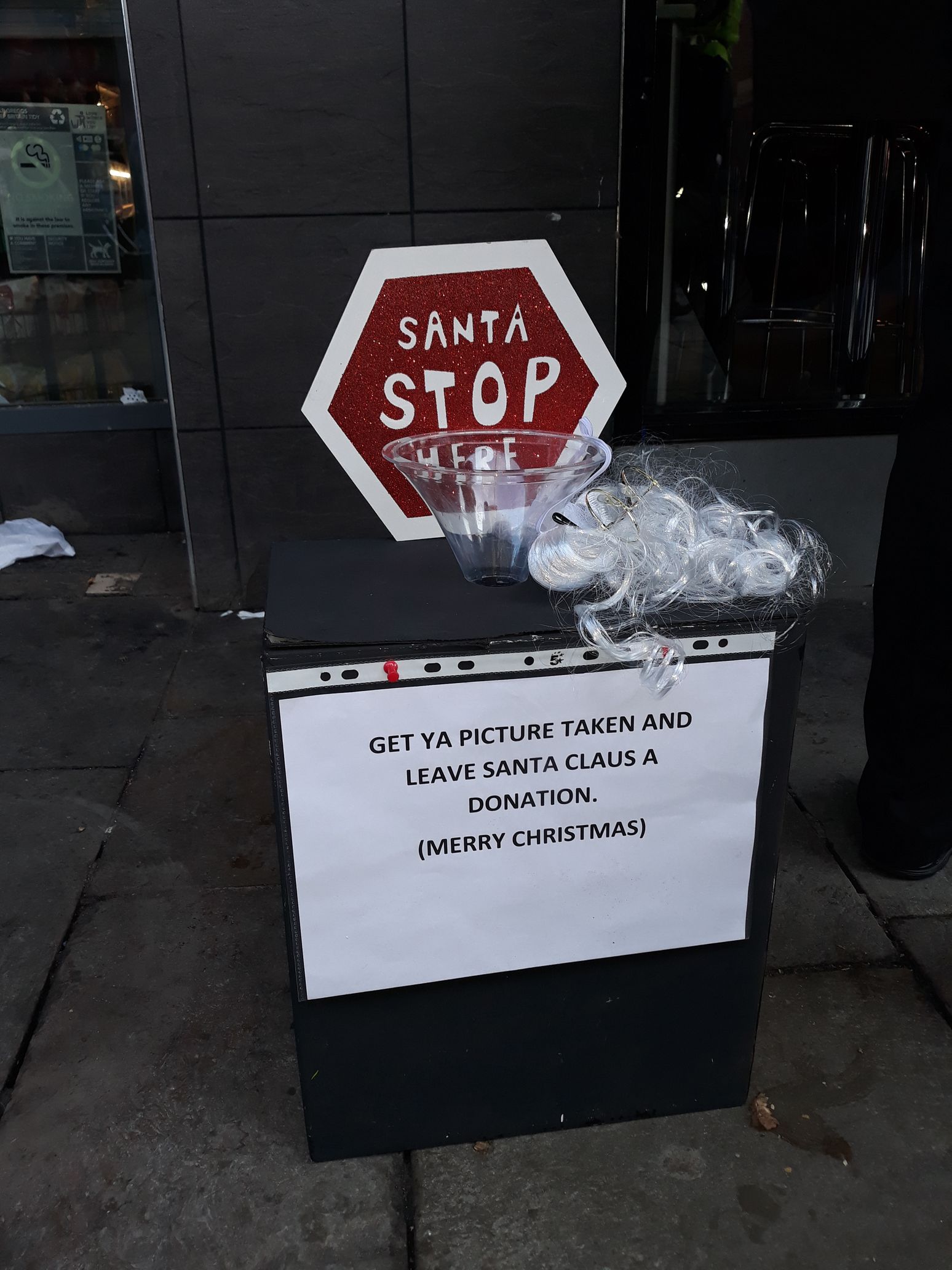