POLICE released video of a man throwing red paint over a "BLACK LIVES MATTER" mural painted on the street in New York City.

NYPD shared the video as they hunt for the man, who they say is wanted for criminal mischief. 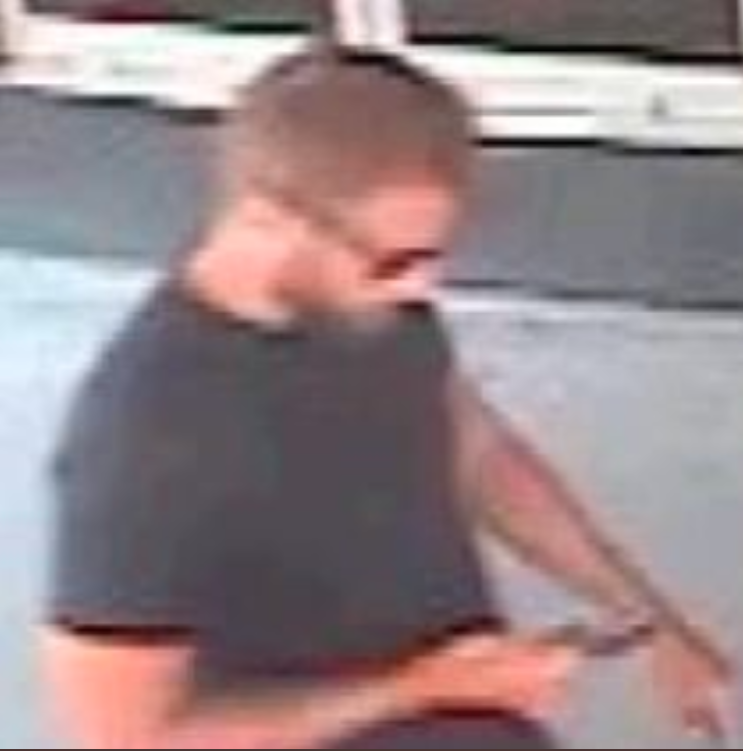 Cops said the man threw paint on the New York mural at 12:03pm on Monday.

Video showed him grab red paint out of a bag, and throw paint across the word "LIVES."

"If you have any information, call/DM @NYPDTips at 800-577-TIPS. All calls are anonymous," cops said.

Police then shared two additional pictures of the man.

In one picture, he was seen in a black shirt, cap, sunglasses and a face mask as he held the paint can.

A second picture showed him in sunglasses and no mask as he looked down at his phone.

The suspect was described by police as medium build, last seen wearing a black t-shirt-, shorts, sneakers and sunglasses, The Daily Mail reported.

“This is such an important moment for our city," he said on July 9 as the mural was painted on the street. 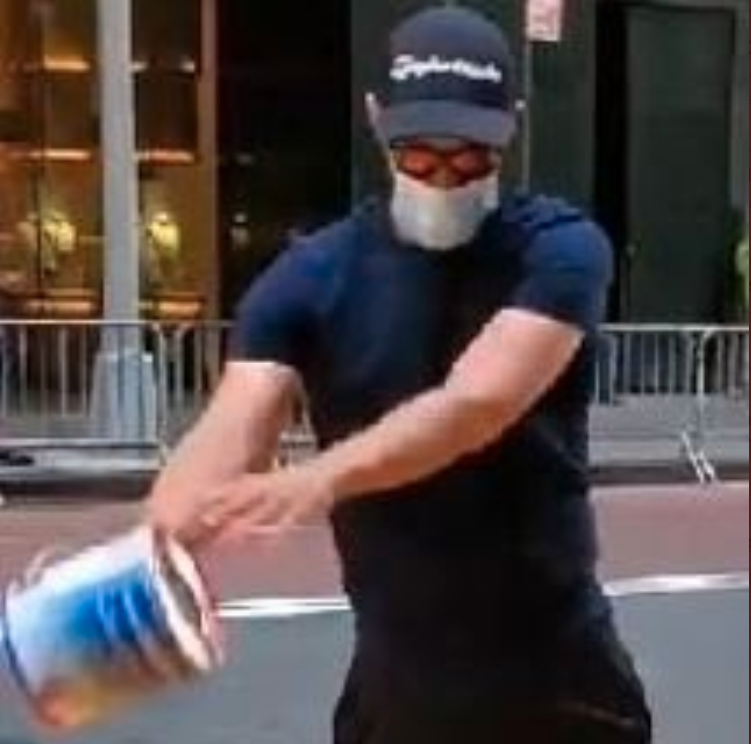 “We are making a statement today of what we value in New York City.”

After it was vandalized Monday, de Blasio shot down the person who threw paint on it.

"To whoever vandalized our mural on 5th Avenue: nice try.
@NYC_DOT has already fixed it," de Blasio tweeted.

"The #BlackLivesMatter movement is more than words, and it can’t be undone."

Just days after the man threw red paint on the mural, at least two people were arrested for throwing blue paint on it on Friday.

Several people threw the blue paint in what appeared to be a coordinated effort involving a group of around 10 at 4 pm on Friday.

One of the women arrested wore a Keep America Great mask, a Pride flag with the words LGBT for Trump as a cape, and an All Lives Matter shirt. 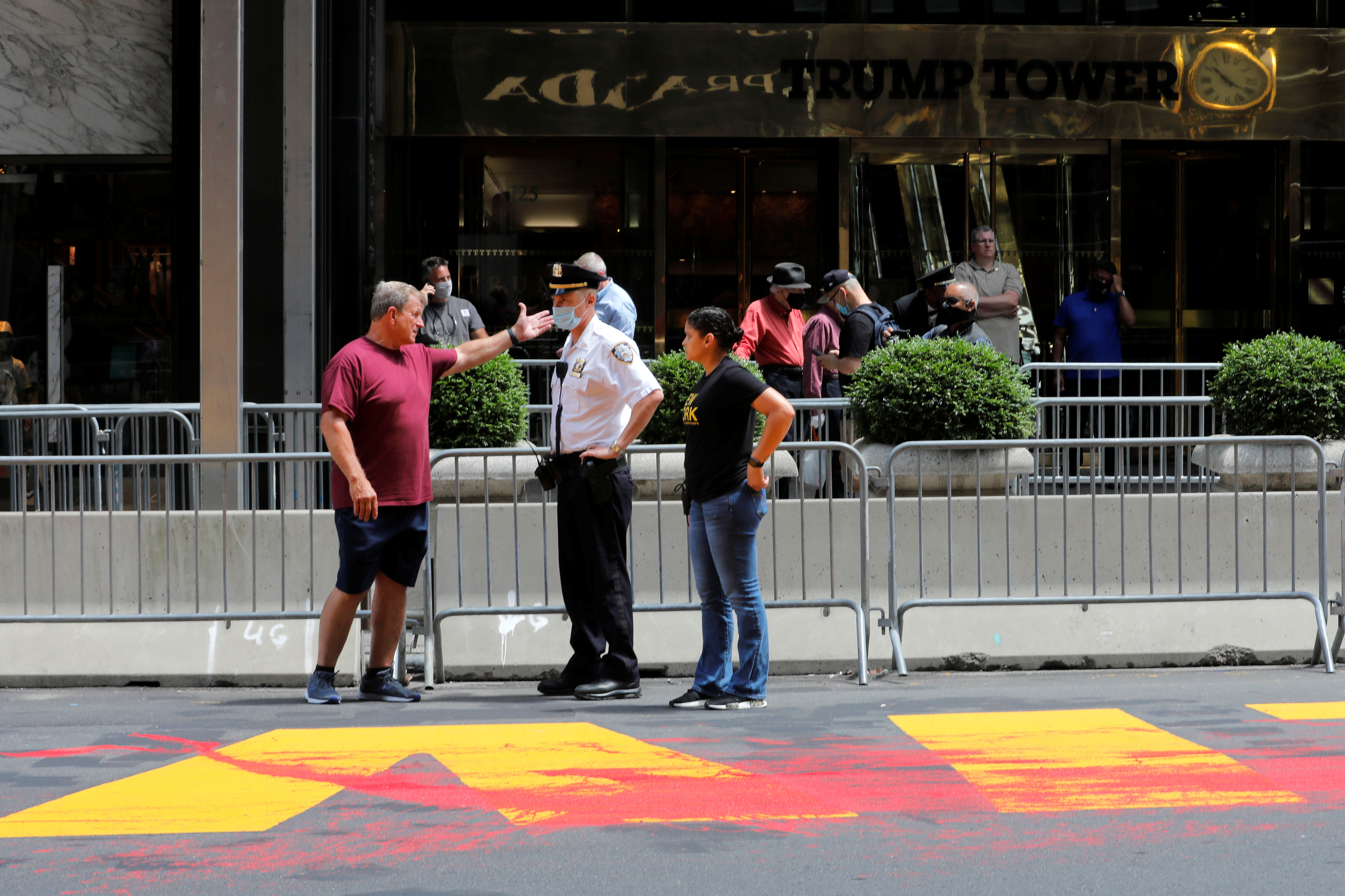 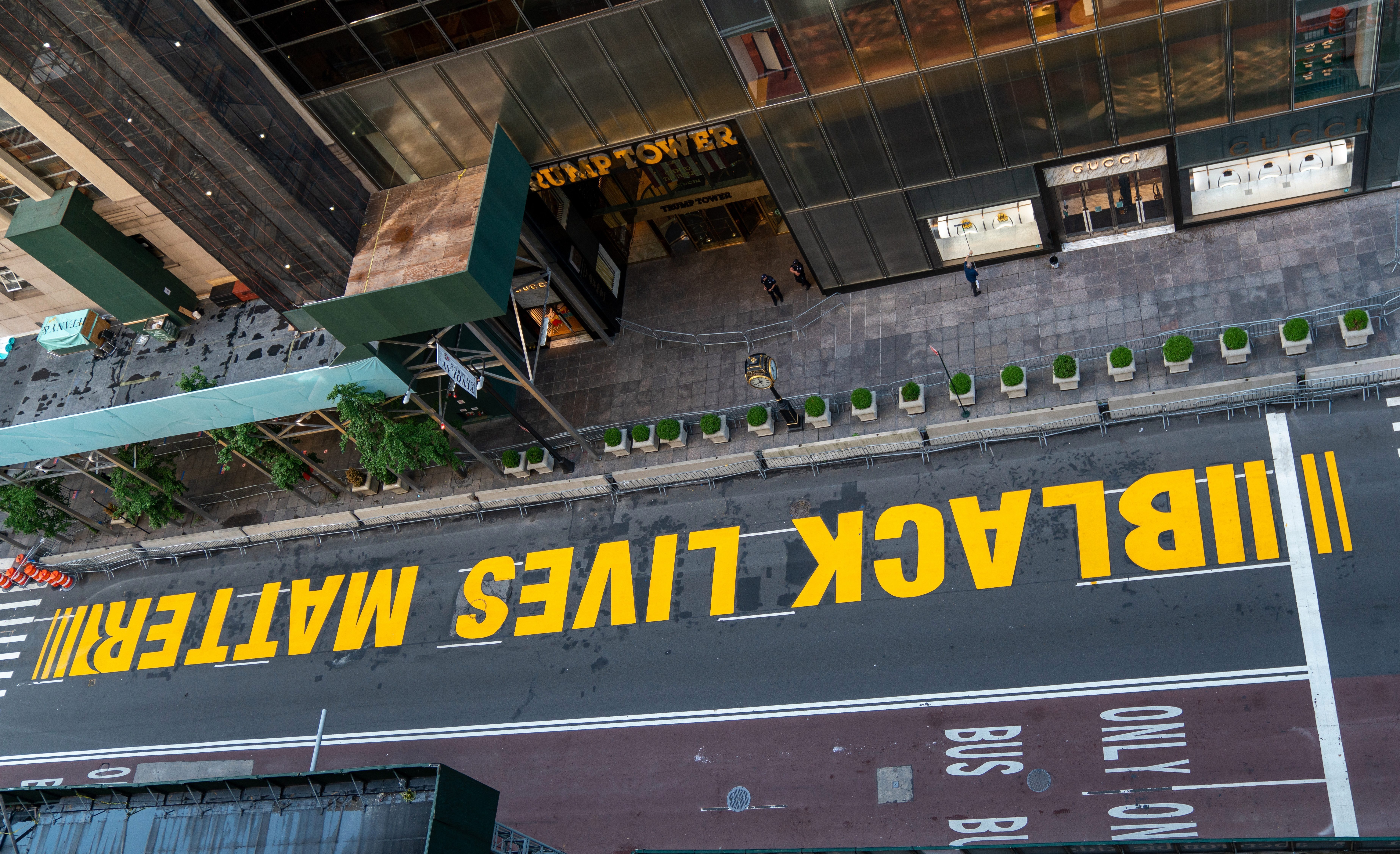 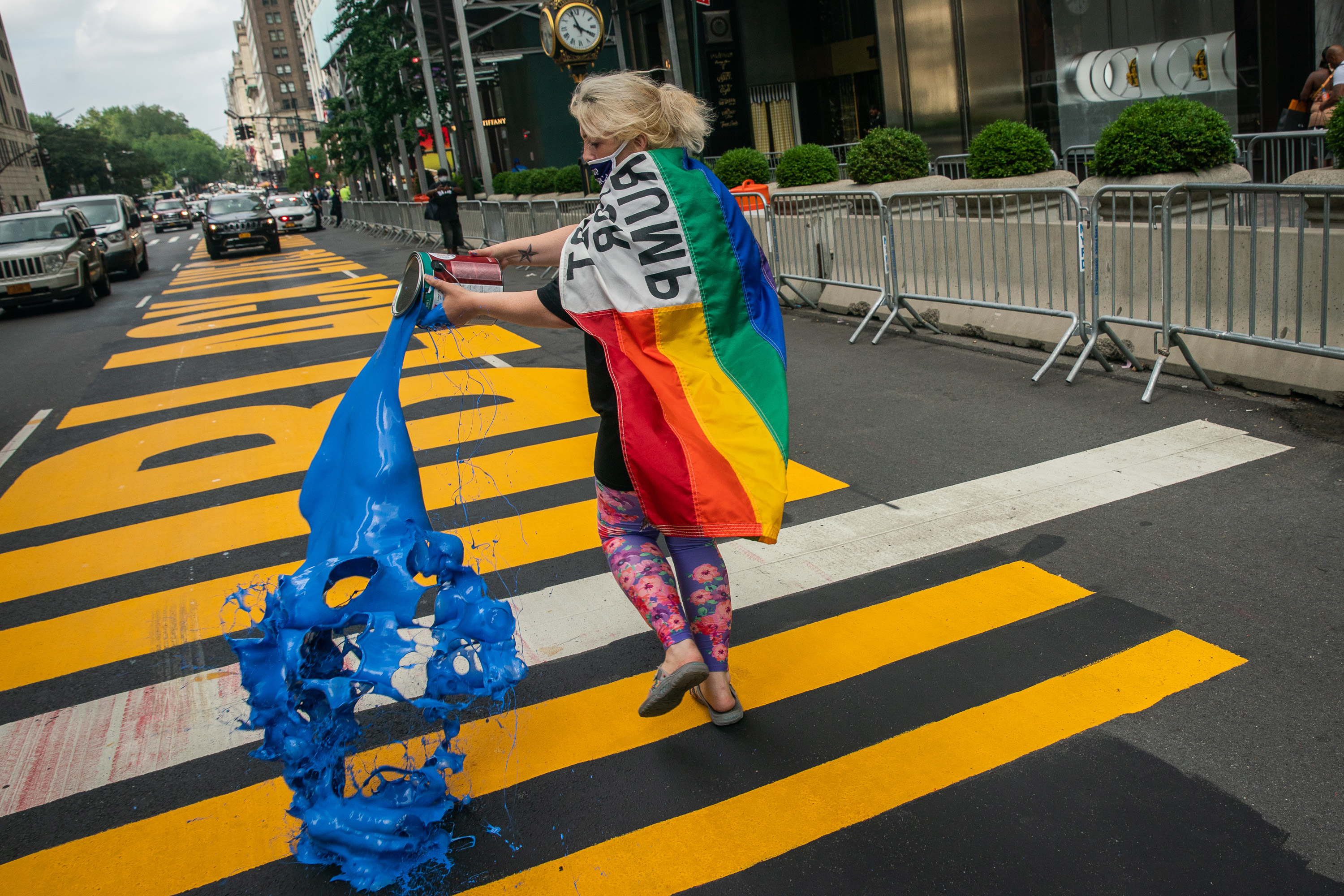 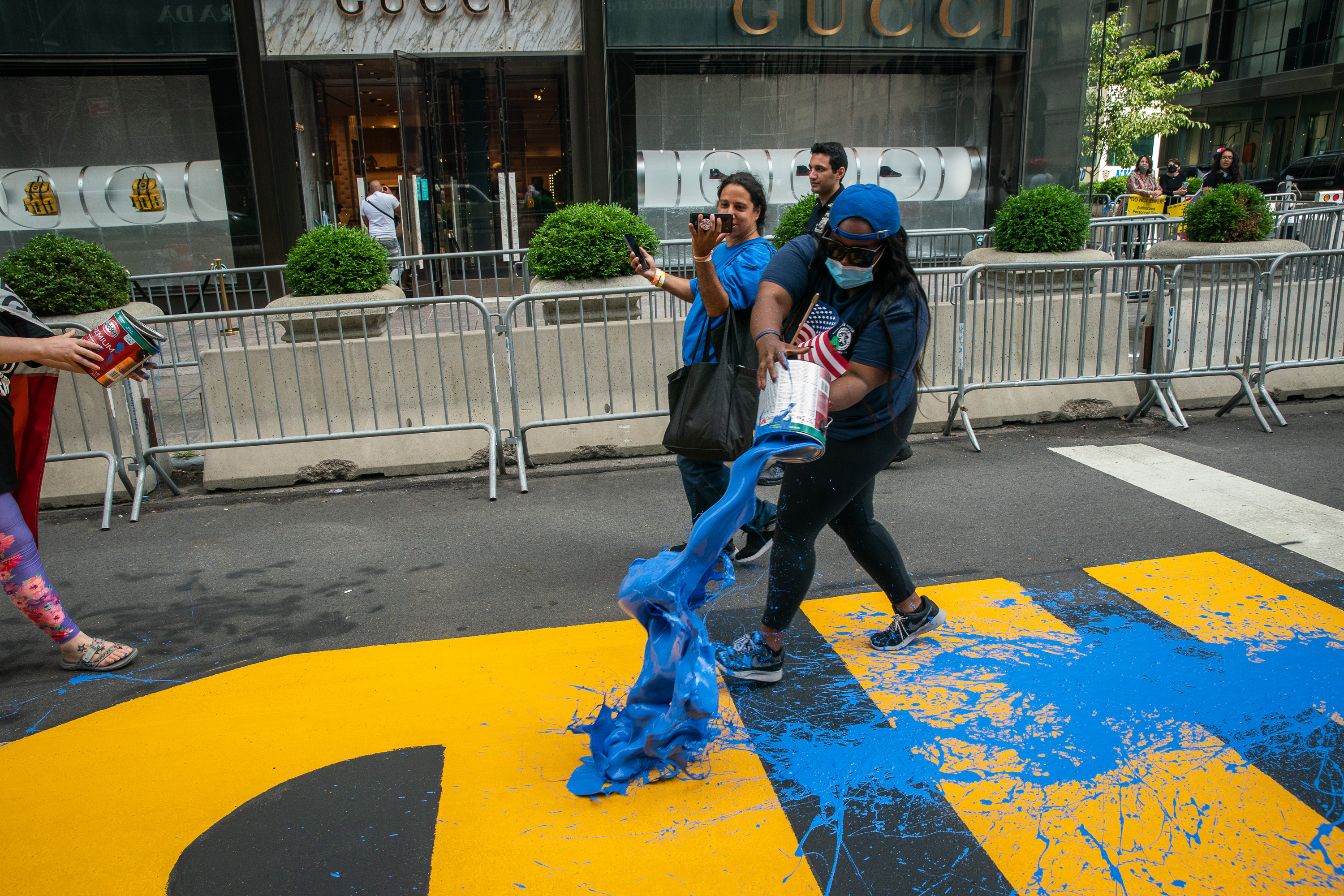 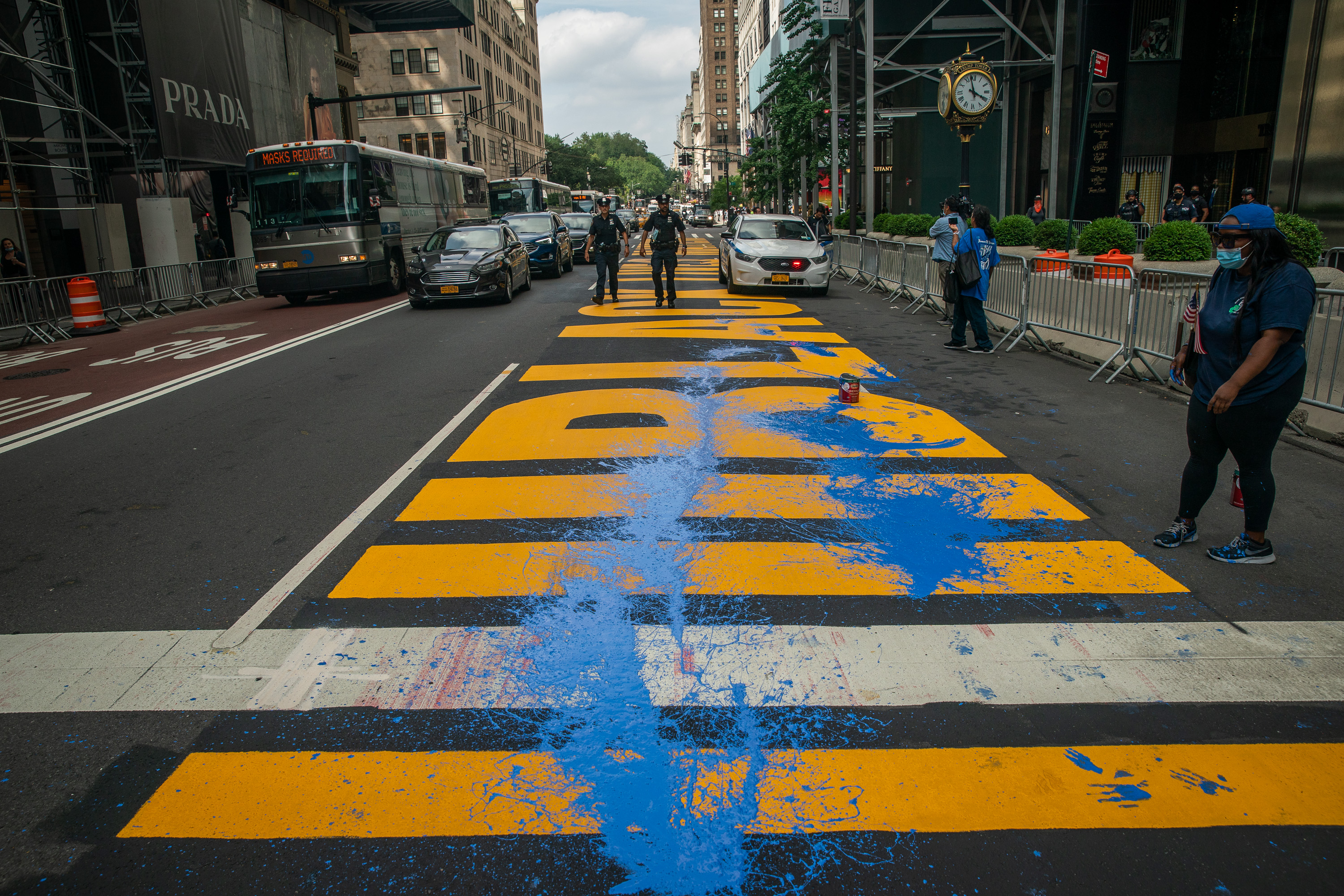 According to the video of the incident, the woman expressed her anger at Mayor Bill de Blasio and Al Sharpton after destroying the mural.

She yelled out profanities and vowed to "be out here every day."

She was also seen recording herself and shouted All Lives Matter.

Two women were taken into police custody following the incident.

NYPD are not saying if either will face charges.

The Black Lives Matter mural is one of five that have been painted in each of New York City's boroughs and was painted by local artists last week.

Trump shot back at the mural, tweeting: “NYC is cutting Police $’s by ONE BILLION DOLLARS, and yet the @NYCMayor is going to paint a big, expensive, yellow Black Lives Matter sign on Fifth Avenue, denigrating this luxury Avenue.” 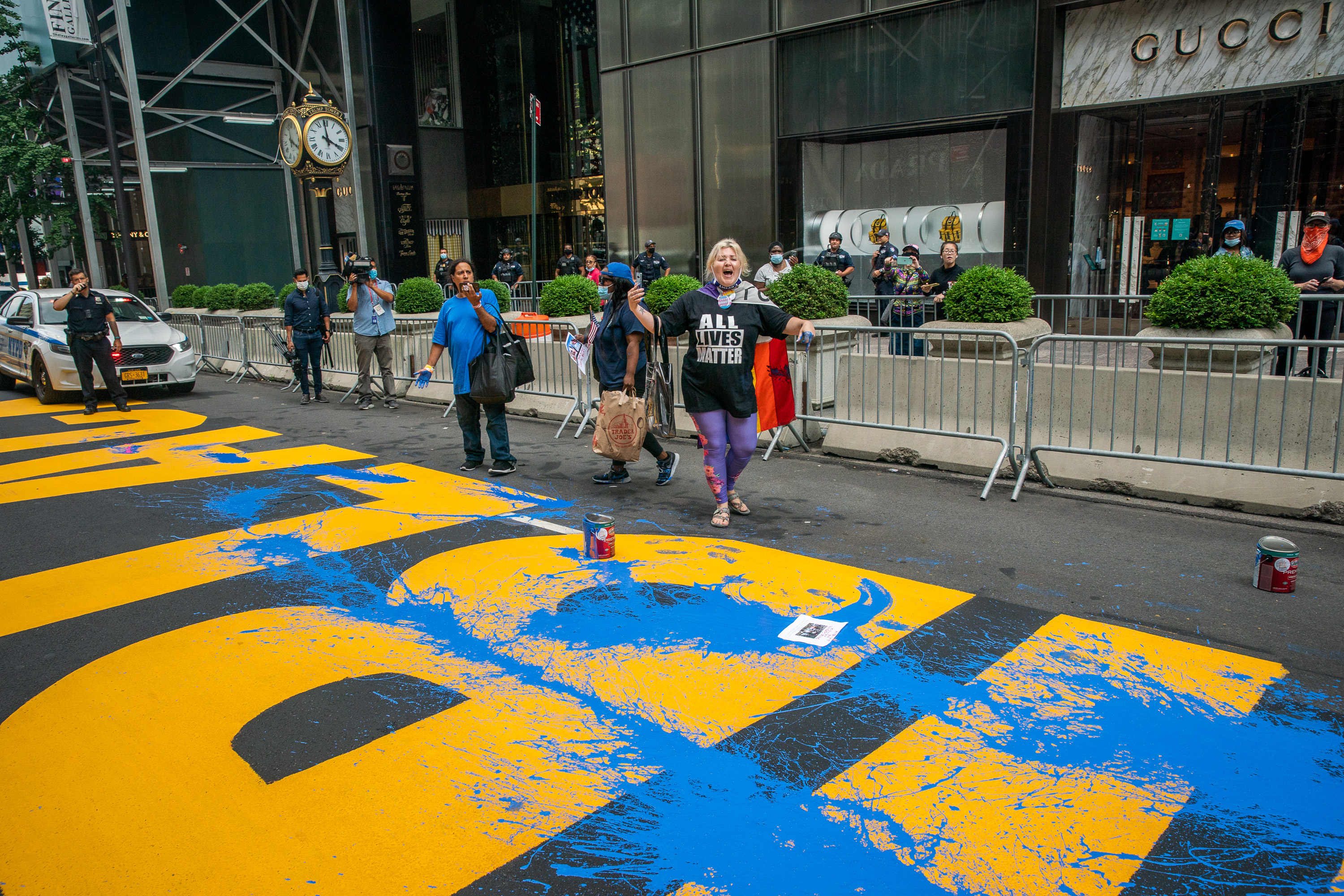 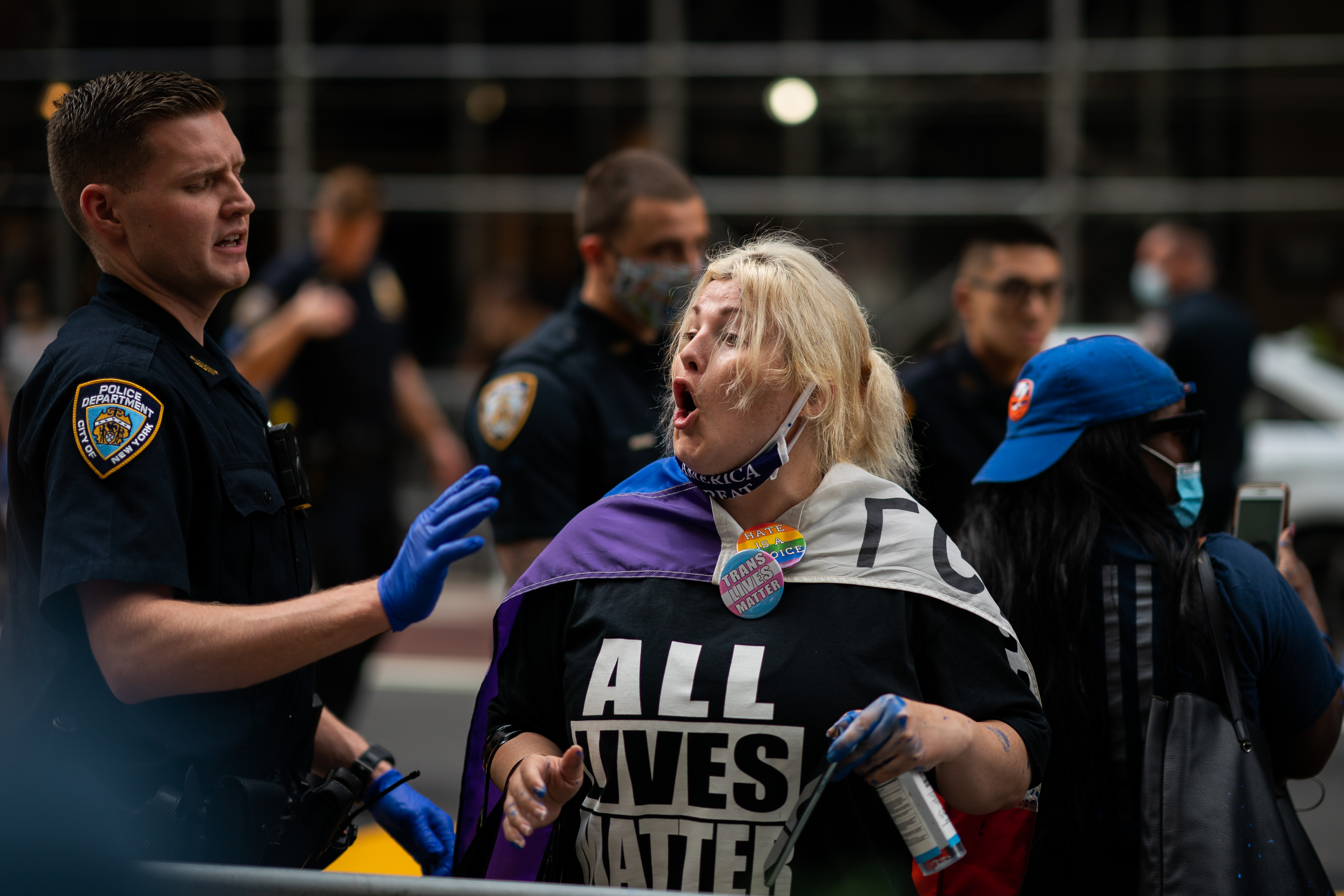 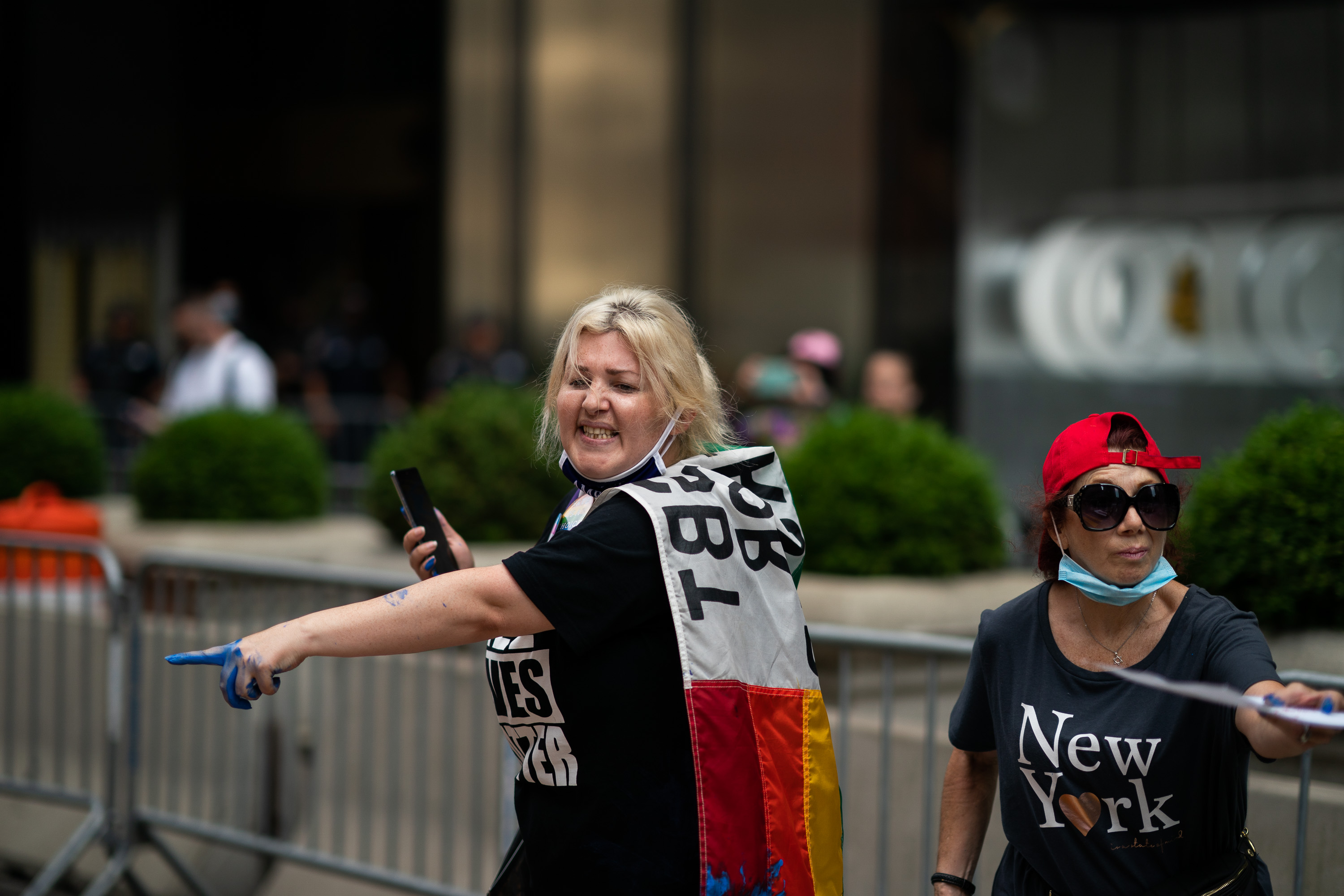 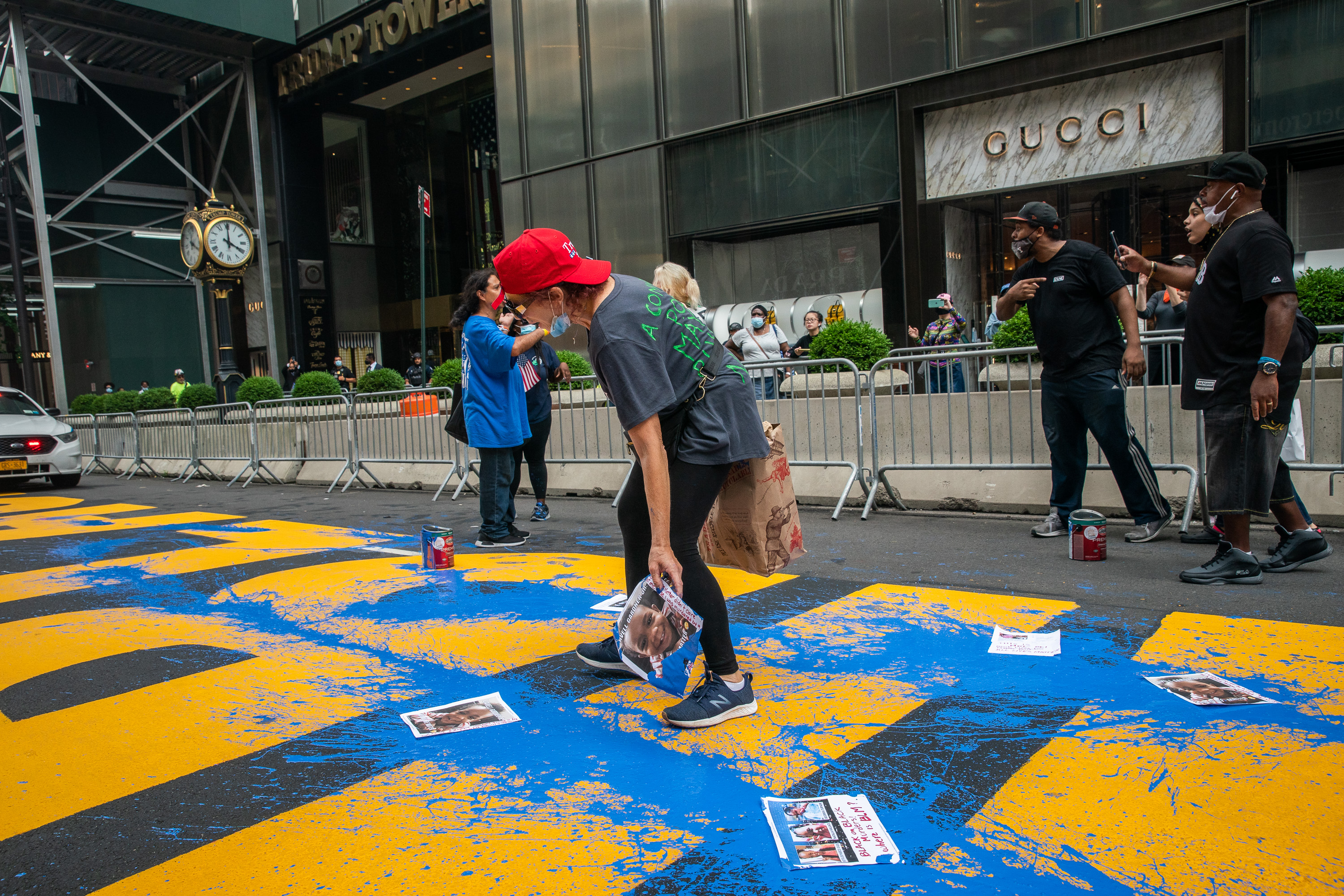 “Maybe our GREAT Police, who have been neutralized and scorned by a mayor who hates & disrespects them, won’t let this symbol of hate be affixed to New York’s greatest street,” Trump tweeted.

“Spend this money fighting crime instead!"