Police have released a blurry passport photograph of the girl and are re-appealing for witnesses. 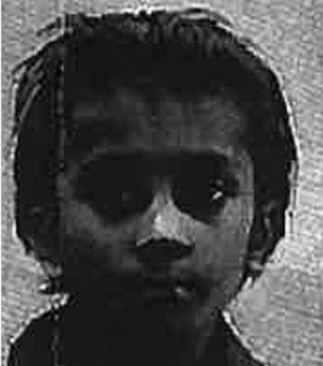 She was last seen getting into a taxi from Beresford Road, Southall, West London in February.

The girl's name is being withheld, say police, over fears it may have changed since she was last seen.

They are keen to track down the driver and find out where the child could be now.

A spokesman said: "This case has been actively investigated and we are in touch with other agencies to help find this girl." 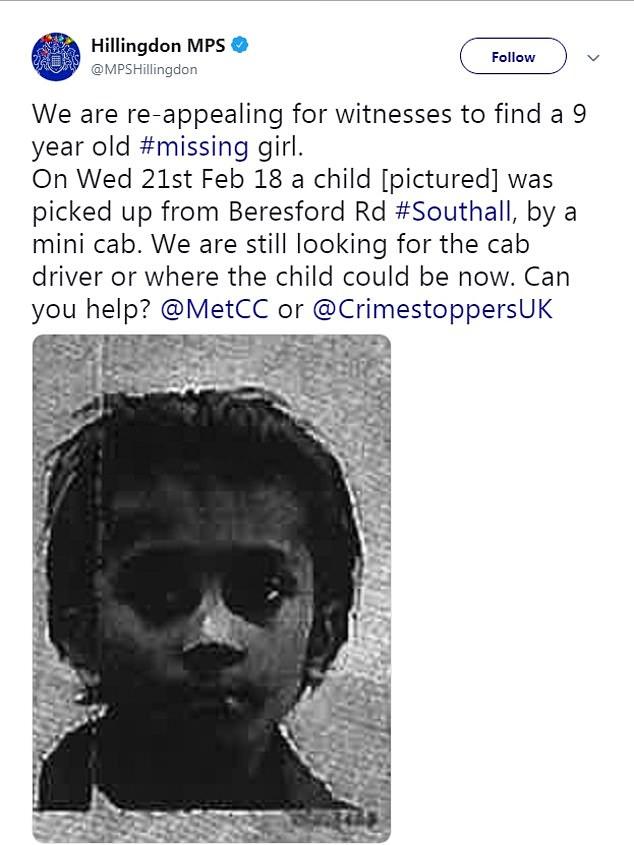 The mini cab the girl got in was either yellow or white and had a round taxi sticker on the back of it, according to police.

The driver of the mini cab was described as a man who had a dark complexion, who could possibly be Sri Lankan.

A tweet from the Hillingdon MPS account says: "We are re-appealing for witnesses to find a 9 year old girl.

"We are still looking for the cab driver or where the child could be now. Can you help?"

If anyone has any additional information they are asked to contact the Metropolitan Police or Crimestoppers.