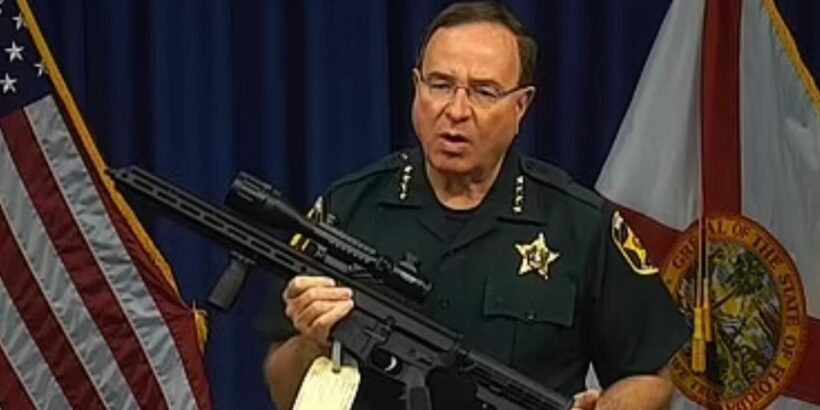 The sting lasted six months, with detectives finding it "relatively easy" to find dealers on Grindr, Scruff and Taimi.

Cops from Polk County Sheriff's Department in Florida, US, launched the operation in July last year after receiving an anonymous tip about drugs being sold openly on the apps.

Polk County Sheriff Grady Judd said on Thursday: "It was a shock to us that they were openly advertising.

"Can you believe this? They were openly advertising that they were selling dope on dating apps."

It resulted in the seizure of 280 grams of methamphetamine, 130 Ecstasy (MDMA) pills, 645 grams of weed, 28 grams of magic mushrooms, three grams of cocaine, one gram of LSD and roughly one-and-a-half grams of fentanyl.

In addition, 159 felony and 72 misdemeanour charges were filed by detectives, and three search warrants were carried out.

He said: "It was clear during the conversations and ensuing undercover drug buys that the suspects' primary purposes for being on the dating app were to sell drugs – not find a date."

He also explained how dealers used codes – including the ice cream emoji, birthday cake emoji, the word "Tina" and references to "partying" – which were all rather conspicuous.

Out of the three apps, Grindr saw the most drugs sold.

It wasn't just drugs that were seized either. Cops also found 14 firearms – two of which were stolen – after raiding the Auburndale home of Anthony Ballard, 46.

"There are those that still call it 'low-level, non violent dope'," Judd said at Thursday's press conference whilst holding one of the weapons.

"For those dingalings, what is this? It's a firearm. It's a serious firearm that they were using to protect [themselves], and as we seized that dope, our detectives put their life at risk."

"Suspects are getting more creative, but so are our detectives," Judd concluded.