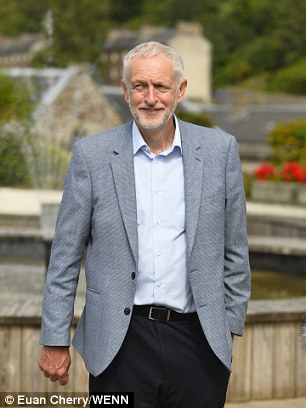 Jeremy Corbyn today risked reigniting the row over his soft stance towards Russia by refusing to back tougher sanctions.

The Labour leader instead urged a ‘serious dialogue’ with Vladimir Putin in the wake of the Salisbury nerve agent outrage.

Mr Corbyn was widely criticised by MPs from across parties earlier this year when he resisted stating that the Russian authorities were behind the poison attack on former spy Sergei Skripal and daughter Yulia.

Both survived, but a British woman has since died after seemingly finding the perfume bottle used to deploy the Novichok.

Mr Corbyn previously played down Moscow’s annexation of the Crimea in 2014, suggesting that NATO was to blame for the aggression.

Speaking during a visit to New Lanark in Scotland today, Mr Corbyn was asked how he would deal with Russia’s bullying activities on the world stage.

‘I think what we need is a serious dialogue with Russia, put the megaphones down, pick up the phone and make the arrangements to have serious meetings with Russia,’ he said.

‘Yes, there are huge human rights issues that have to be raised with Russia and Russia has to be challenged on them, but at the end of the day there has to be a relationship with Russia, we cannot just have a building up of tensions on both sides of the border.’

‘After all, Russia is part of the Europe-wide economy, a major energy supplier and obviously a huge player on the world stage.’

The intervention came ahead of a speech by Jeremy Hunt in Washington where he will urge European and American allies to speak with ‘one voice’ against aggressive actions by Russia ‘whenever and wherever they occur, from the streets of Salisbury to the fate of Crimea’. 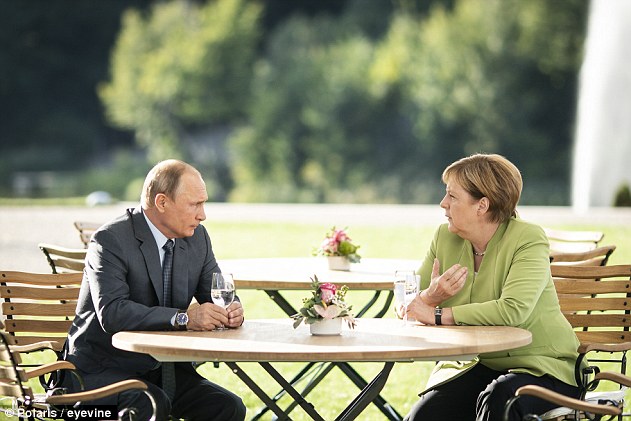 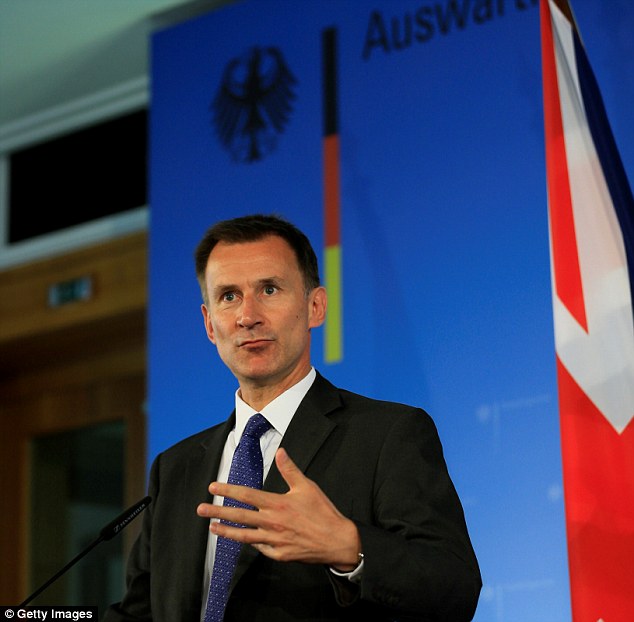 In a speech today, Jeremy Hunt (pictured in Berlin last month) is urging European leaders to stand together with Britain and US amid feats over Russian aggression

In a rebuke to Angela Merkel and Emmanuel Macron, the Foreign Secretary is to demand fresh sanctions from the EU on ‘malign’ Moscow.

While Britain is tied to Brussels it can only impose sanctions as part of the EU and must wait on other members before action is taken. After Brexit, the UK will be able to take its own foreign policy decisions.

EU nations including Germany and France were among dozens of countries that expelled Russian diplomats following March’s Novichok nerve agent attack on the Skripals.

The attack also resulted in the death of a British woman, Dawn Sturgess.