London: Jeremy Corbyn wants to put "tech giants and unaccountable billionaires" on notice, saying he will seek to curb their control of information after a wave of negative media exposure in which he's been accused of anti-Semitism, siding with terrorists and drifting on Brexit.

The leader of the British opposition Labour Party will propose a windfall tax on technology companies to fund "public interest journalism," a digital licence fee and elections to the BBC board as part of a plan to "reduce government political influence" on the taxpayer funded broadcaster. 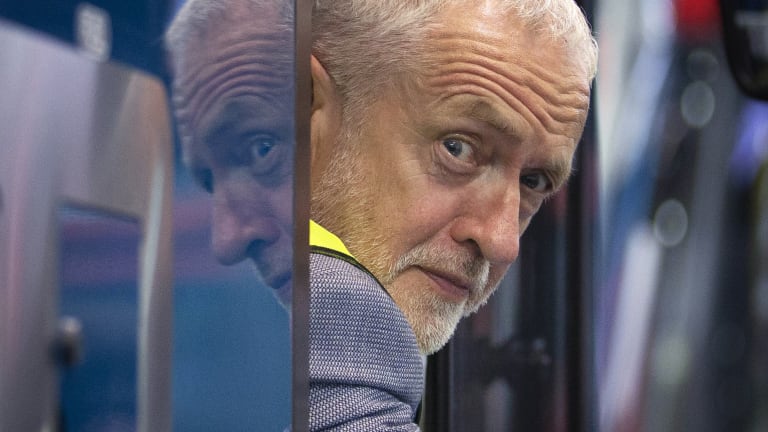 Britain’s Labour leader Jeremy Corbyn looks out of a bus, during a visit to the Alexander Dennis bus manufacturer, in Falkirk, Scotland, to campaign on his party’s ‘Build It In Britain’ policy.

There needs to be "bold, radical thinking on the future of our media" to restore trust and limit the impact of the digital revolution, he is due to say on Thursday, local time, in a speech in Edinburgh. Without action "a few tech giants and unaccountable billionaires will control huge swathes of our public space and debate."

Corbyn's supporters have accused the mainstream media, including the BBC, of bias against him and claim rich newspaper owners like Rupert Murdoch are seeking to deter the public from his redistributive socialist policies.

"Media bosses, billionaires" and "the state" have too much power to stifle political discussion and are stopping reporters from performing their "essential" role in British democracy, Corbyn will say.

The Labour leader was visibly angry when he was asked the same question on Brexit four times by Channel 4 News on Tuesday evening and has filed an official complaint over newspaper reports this month about his involvement in a wreath laying at a cemetery in Tunisia in 2014. Corbyn denies he was honouring terrorists and says the visit was part of a mission to bring peace to the Middle East. 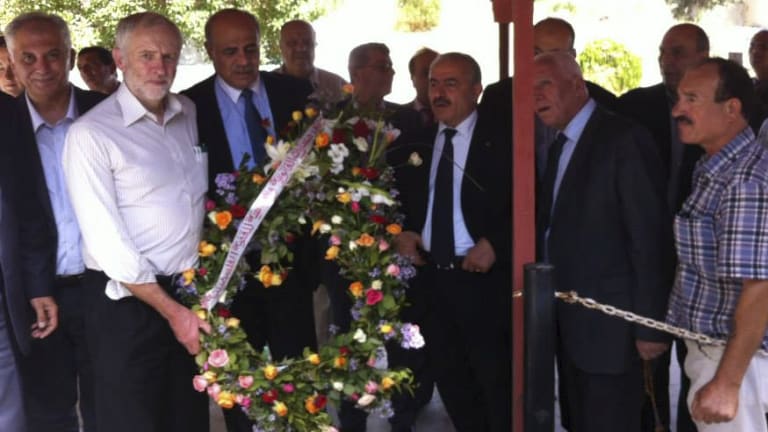 Jeremy Corbyn is shown at a wreath laying ceremony in a Tunisian graveyard that has led to accusations he was honouring terrorists.

Companies like Google, Facebook and Twitter may be forced to pay to support independent media outlets if Labour wins power, Corbyn was due to tell his audience at the Edinburgh TV Festival.

"One solution to funding public interest media could be by tapping up the digital monopolies that profit from every search, share and like we make," Corbyn will say, according to extracts his speech released by his office. "Google and news publishers in France and Belgium were able to agree a settlement. If we can't do something similar here, but on a more ambitious scale, we'll need to look at the option of a windfall tax on the digital monopolies."

He will say that a charge on digital platforms could also supplement the licence fee paid by all television owners which funds the BBC.

"A digital licence fee, supplementing the existing licence fee, collected from tech giants and internet service providers, who extract huge wealth from our shared digital space, could allow a democratized and more plural BBC to compete far more effectively with the private multinational digital giants like Netflix, Amazon, Google and Facebook," he will say.

The proposal comes as Facebook and Twitter revealed a concerted effort by Iran, in addition to Russia, to influence British opnion.

On Tuesday, Facebook revealed that an unremarkable post criticising Britain's decision to leave the European Union – a fake commemorative stamp showing a person preparing to shoot himself in the foot – was anything but. It originated from an Iranian-backed group aimed at Britain, in what the company said was the first known instance of a foreign influence campaign aimed at people outside the United States.

Facebook has spent the past two years trying to block foreign propaganda in the US. But its disclosure of hundreds of fake accounts and pages this week, including the one tied to the Iranian-backed group, revealed that the foreign manipulation of elections through extends across the globe.