The politician – who has previously dismissed the disease as a “little flu” – said he began feeling unwell on Sunday but insists his condition has improved since having treatment.

He said he is taking the anti-malaria drug hydroxychloroquine and the antibiotic azithromycin. 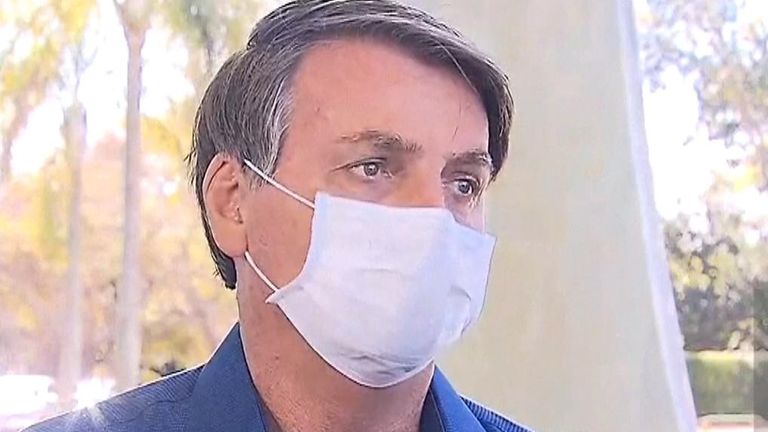 “I even want to take a walk around here, but I can’t due to medical recommendations.”

The 65-year-old has cancelled a planned trip to the Brazilian state of Bahia following his diagnosis.

Mr Bolsonaro has spent months downplaying the severity of coronavirus and has often appeared in public shaking hands with supporters and mingling with crowds, at times without a mask.

The former army captain had claimed that his “athletic history” would protect him from the virus, and that it would be nothing more than a “little flu” were he to contract it.

He has also repeatedly said that there is no way to prevent 70% of Brazil‘s population falling ill with COVID-19, and that local authorities’ measures to shut down economic activity would ultimately cause more hardship than allowing the coronavirus to run its course. 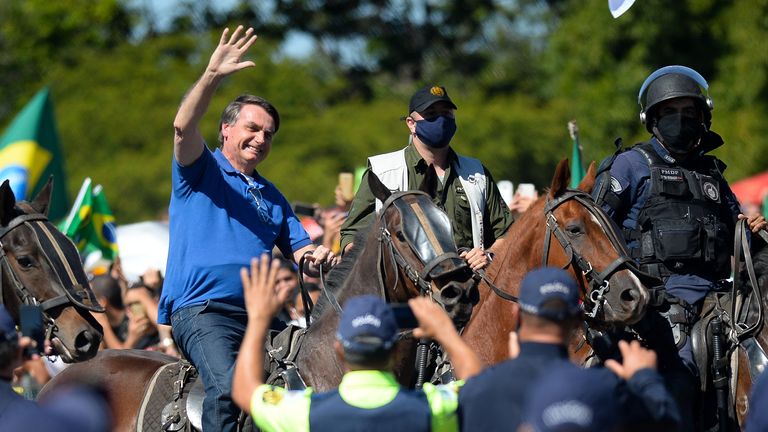 More than 65,000 people in Brazil have died with coronavirus so far and more than 1.5 million cases have been recorded – the world’s second-highest totals.

Brazil’s cities and states last month began lifting restrictions that had been imposed to control the spread of the virus. 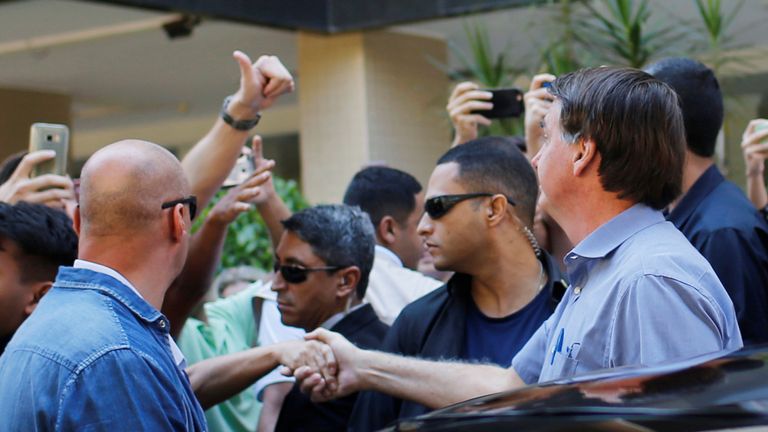 Mr Bolsonaro had previously tested negative for coronavirus three times in March after meeting with US President Donald Trump in Florida.

Several members of his delegation to the US were later reported to be infected with the virus.

On Monday, Mr Bolsonaro told supporters in Brasilia that he underwent an X-ray of his lungs that showed they were clean, and that he would be tested for COVID-19.

On Tuesday, he said his fever had subsided.