A security company hired to enforce quarantine at one of Victoria's COVID-19 outbreak hotels was chosen over WhatsApp and favoured because it could recruit almost 100 unemployed Victorians and fulfil the government's social inclusion objectives.

Despite concerns Unified Security was a "non-approved firm", Victoria's hotel quarantine inquiry heard evidence that the firm's role was expanded to oversee security at 13 hotels. 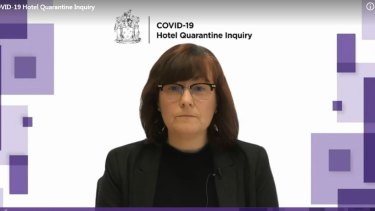 Katrina Currie, from the Department of Jobs, Precincts and Regions, was responsible for contracting security companies.

The company has come under scrutiny in the inquiry because of allegations it sub-contracted work to guards not trained in infection control, who then contracted the virus while working at Rydges on Swanston.

Transmission between quarantined returned travellers and staff working at Rydges on Swanston and the Stamford Plaza led to Victoria's deadly second wave of COVID-19, with its outbreaks behind 99 per cent of current cases, the inquiry heard.

The inquiry was told on Thursday that Victoria Police, in the first meeting of agencies involved in the program, said private security should be the "first line of security".

Prime Minister Scott Morrison says his office has been swamped with letters from Australians with "heartbreaking" stories of being denied medical care and other vital services as a result of the states closing their borders.

In his strongest comments yet, Mr Morrison said Australia was designed to operate as one country and not with hard borders between states, which the premiers had imposed as a measure to try to control the coronavirus pandemic. 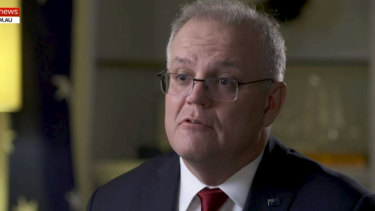 The border measures are politically popular, leading to tension between the states and the Commonwealth government, which has been pressuring state leaders to lift their restrictions.

Mr Morrison continued his campaign when asked about the matter on Sky News late on Thursday night, saying he had received letters from Australians with medical issues unrelated to coronavirus who were now finding it difficult to access medical treatment, or who were unable to accompany loved ones.

Only one in three commuters is wearing a mask. Experts want it mandatory

Fewer than one in three commuters is using a face mask on Sydney's public transport network during the coronavirus pandemic, prompting calls for the state government to make the measure mandatory before it's too late.

Despite more than 20 new cases of coronavirus being recorded in NSW this week, including a trainee bus driver, mask use on public transport remains relatively stagnant, leaving some experts confused as to why the government is yet to mandate the practice. 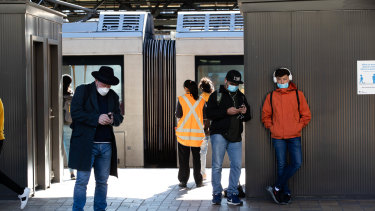 The number of people wearing face masks on Sydney public transport remains at 30 per cent.Credit:Janie Barrett

University of NSW epidemiology expert Mary-Louise McLaws said Victoria had taken too long to act on masks, and questioned why the Berejiklian government was yet to enforce the measure on public transport.

"How many people have to get COVID before they realise that it's a simple act of precaution?" Professor McLaws said.

"I cannot understand why there is so much reticence."

A northern Sydney high school and a south-west Sydney primary school have closed on Friday after community members tested positive for COVID-19.

All staff and students at Ryde Secondary College have been asked to self-isolate and learn from home after a staff member tested positive.

"We acknowledge the disruption for our students preparing for their HSC and will provide further information [on Friday] to HSC students advising of alternative arrangements," the Department of Education said in a statement.

St Gertrude's Primary School at Smithfield, near Fairfield, has also closed on Friday due to a case.

Meanwhile, in the city's north-west, Riverstone High School and Wyndham College, at Quakers Hill, have reopened on Friday after being closed due to cases in students earlier this week.

Two students at Riverstone High School and one student at Wyndham College tested positive for COVID-19, prompting both schools – as well as nearby Schofields Public School – to close on Wednesday.

Students at Wyndham College were due to complete their HSC trial examinations this week.

The exams scheduled from Wednesday to Friday have been rescheduled for August 31 and September 1.

Police have carried out a drug raid at a serviced apartment housing rough sleepers on Grey Street and a security guard at a chemist on Fitzroy Street had his nose broken by a man, believed to be staying at another nearby homeless hotel. 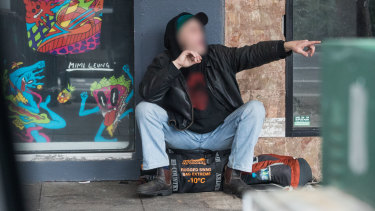 More than 2000 homeless Victorians are being housed in hotels to protect them from COVID-19, with funding provided until at least April next year.

Launch and Greenlight Heart – a joint operation between Sacred Heart Mission, The Salvation Army and VincentCare – have all been funded by the state government to house homeless people in St Kilda's hotels and hostels.

G'day everyone! It's Roy Ward here and welcome to our COVID-19 live blog for Friday.

We have plenty of news to come today so please stay with us.

Please feel free to leave a quote on the blog or shoot me a tweet directly at @rpjward on Twitter.

Let's get things underway. I hope you all have a lovely day to come.