Brazil’s total now stands at 42,161, whilst their number of confirmed cases sits at 843,000. On Friday evening the National Council of Health Secretaries said it had recorded another 1,242 fatalities, making the South American country’s tally the second highest in the world. As the week draws to a close, the global number of confirmed cases is 7.27 million, with 413,000 fatalities.

Only in the US, where the official death toll stands at more than 116,000, have more died.

It’s been reported that medical experts have already spoken out and criticised, President, Jair Bolsonaro’s, handling of the pandemic.

Brazillian doctor, Drauzio Varella, who is regarded as one of the country’s most senior medical officials said there had been a politicisation of the pandemic by his government.

He spoke of Mr Bolsonaro’s deliberate attempted to “torpedo” the social distancing efforts. 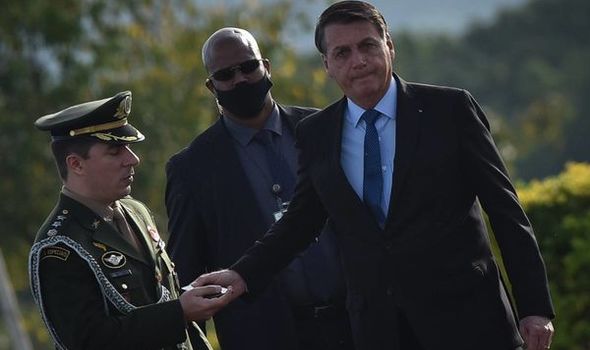 Mr Varella believes this has now condemned South America’s largest country to a historic tragedy that will most punish the poor.

“I think history will ascribe to him a level of guilt that I really wouldn’t want for myself.”

“Because in Brazil we are already the third country in the world in terms of deaths, we will soon become the second, and we are going to come close to the level of mortality in the US, which has 330 million citizens – that’s 60% larger than Brazil’s population,” the doctor said only a few weeks ago.

Mr Bolsonaro, who is reportedly an admirer of US President, Donald Trump, has repeatedly downplayed Covid-19 as media “hysteria”. 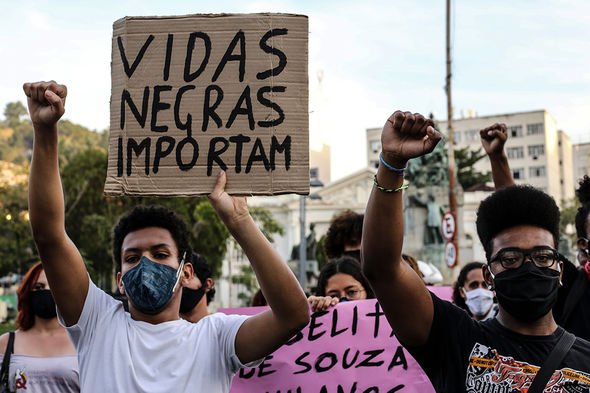 The President also went one step further by falsely claiming that on April 12, Brazil’s official death toll was at 1,223, to which he said the virus appeared to be going away.

Since then more than 40,000 Brazilians have died and President Bolsonaro has been under fire for repeatedly breaking social distancing rules by attending rallies and visiting shops.

Two health ministers have been forced from the government in under a month after clashing with Bolsonaro over coronavirus. 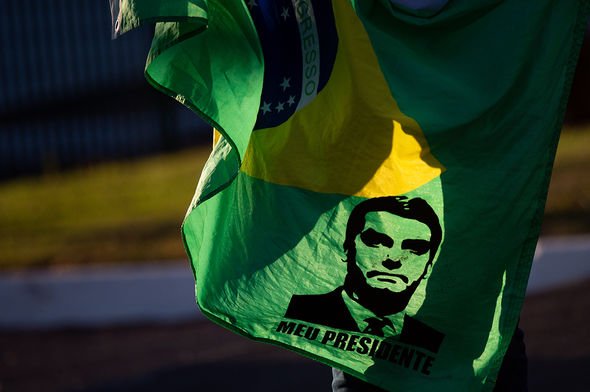 On Thursday, during a live broadcast, Bolsonaro had again defended his position as means of protecting jobs and the economy.

He accused Brazilian journalists of focusing too much on the dead in order to produce “funeral TV”.

“The aim was to disseminate terror.” 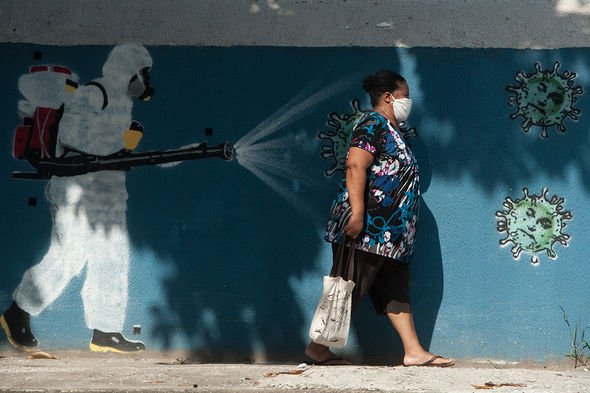 Bolsonaro also insinuated his rivals were deliberately exaggerating the number of Covid-19 deaths in their states.

“What do they hope to gain from this? Political benefits, that’s all it can be. They’re taking advantage of people who are dying to profit politically and blame the federal government,” Bolsonaro claimed.

Daniel Dourado, a public health expert and lawyer from the University of São Paulo, said the president shouldered overwhelming responsibility for the scale of the catastrophe.

“Bolsonaro has played a pitiful role. I’ve not heard of a single country whose president has hampered the fight against the epidemic so much. It’s as if he still hasn’t grasped the danger of the situation. He doesn’t even express sympathy to the families … It’s as if his policies are being driven by a [Freudian] death drive.” 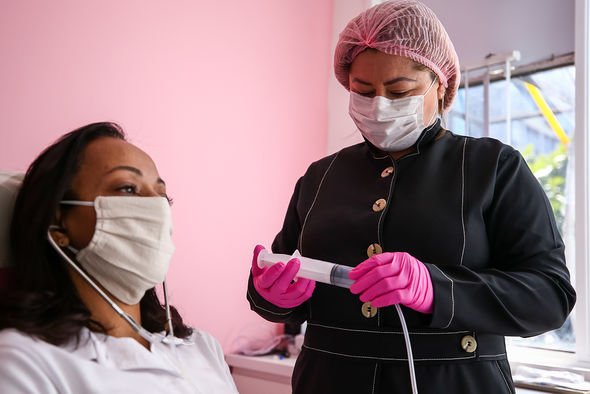 Dourado emphasised that if Brazil is to carry on with their constant trend in deaths and cases then there is a chance they could catch up to the US.

The US has recorded more than 2 million infections, according to Johns Hopkins University, while Brazil has registered 809,398.

Brazil’s Covid-19 crisis is playing out against the backdrop of one of the most bitter and bizarre political crises since its return to democracy in the 1980s.