THE UK's ninth coronavirus patient attended a bus conference in London with 250 people, including MPs and transport chiefs, three days before becoming ill.

The woman, who flew to London from China, visited the UK Bus Summit in Westminster on February 6 and just 72 hours later jumped into an Uber and arrived at Lewisham Hospital.

The death toll from coronavirus has now risen to 1,489 with more than 64,000 people infected. A further 800 people were tested in the UK yesterday. 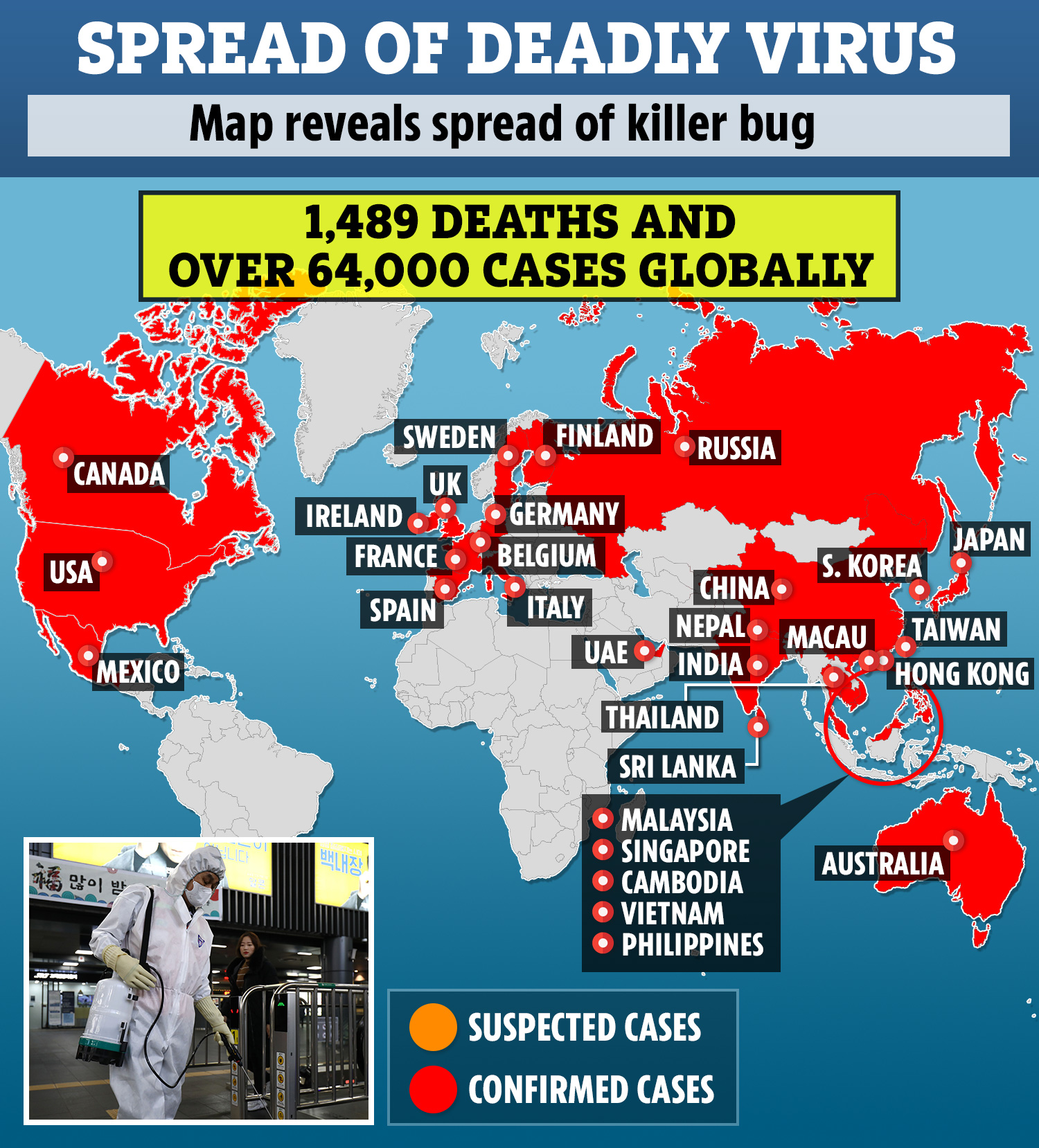