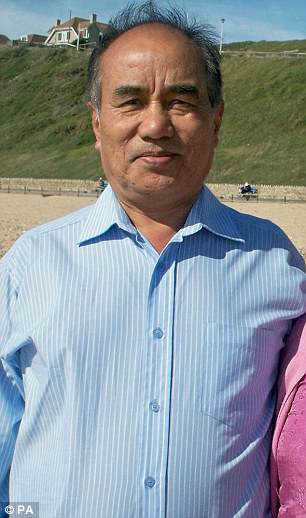 Narayan Gurung, 66, of Aldershot, died on Christmas Day 2016 when he smashed into a tree in Hampshire while trying to avoid a BMW that had cut out due to a fault

A coroner has slammed both BMW and the Government for knowing about an electrical fault that caused a Gurkha veteran to crash and die.

Narayan Gurung, 66, of Aldershot, died on Christmas Day 2016 when he smashed into a tree in Hampshire while trying to avoid a BMW that had cut out due to a fault.

Surrey Assistant Coroner Anna Loxton criticised the Driver and Vehicle Standards Agency (DVSA) for failing to press BMW for a recall of up to 312,000 cars in the UK.

Woking Coroner’s Court heard this came despite the DVSA envisioning the exact scenario of the former soldier’s death 10 months earlier.

She will issue a prevention of further deaths notice in writing to Transport Secretary Chris Grayling and DVSA chief executive Gareth Llewellyn.

But Mrs Loxton said she could not conclude that Mr Gurung was unlawfully killed because there was insufficient evidence of corporate manslaughter.

Instead, she recorded a narrative conclusion criticising the car manufacturer, its UK importer and the DVSA for recognising the risk of a complete power outage on an unlit road during a meeting on February 26 2016.

Resham Gurung, left, was Mr Gurung’s colleague who was driving the BMW when it cut out. During a meeting months before the death, DVSA lead engineer Andrew Tudor told supplier quality engineer Mark Hill, right, ‘we do not want a fatality’

Mr Tudor told the car firm’s representative his biggest concern were ‘no lights’ as ‘another road user cannot see a powerless car’, but BMW did not instigate a recall.

Today, the coroner said: ‘Despite recognising this risk, the DVSA failed to call for, and BMW AG and BMW UK failed to initiate, a recall until after Mr Gurung’s death.’

She also blasted the agency for having no protocol for investigating safety-related defects quickly, having no guidance to interpret its own codes of practice and for lacking critical analysis of the defect.

She said the DVSA had been aware of a fault since October 2014 when it started to receive an ‘unusually high’ volume of complaints from drivers.

However it did not make a ‘fundamental shift’ until after the veteran’s death.

The DVSA failed to recognise it as a safety defect and accepted BMW’s case that drivers would get a prior warning before a complete outage – the agency even closed down investigations.

Father-of-three Mr Gurung, who served with ‘exemplary’ conduct in the British Army regiment for nearly 20 years, was driving with his wife to the Royal Surrey County Hospital, where they both worked as housekeepers.

The BMW belonging to Mr Gurung’s colleague, Resham Gurung, had stalled on the Hogs Back road ahead after suffering a ‘total electrical failure’.

He tried to put on his hazard lights but they failed because of the lack of power.

Because it was before sunrise, Mr Gurung was unable to see the vehicle until the last moment, when he swerved and hit a tree.

He was pronounced dead at the scene due to multiple traumatic injuries, the coroner concluded.

Mrs Loxton said the BMW’s driver had made repeated attempts to get minor-seeming electrical issues fixed with his car and said he had no reason to expect it would suffer a total power outage while driving.

Last month, BMW widened its recall of vehicles at risk of electrical faults to include 312,000 UK cars. 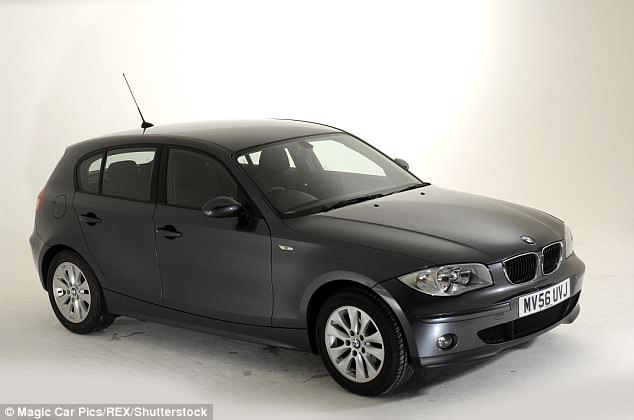 The manufacturer is contacting owners of the affected models made between March 2007 and August 2011: the BMW 1 Series, 3 Series, Z4 and X1 petrol and diesel

The DVSA said BMW failed to alert UK authorities to 19 cases of electrical faults between 2011 and 2014.

The Government agency previously claimed its response to the issue two years before Mr Gurung’s crash ‘might have been different’ if the German manufacturer had passed on details of the flaw.

The manufacturer is contacting owners of the affected models made between March 2007 and August 2011: the BMW 1 Series, 3 Series, Z4 and X1 petrol and diesel.

BMW has said it would ‘reflect’ on a coroner’s criticisms after she concluded the manufacturer was aware of a safety defect that caused a Gurkha veteran’s death.

Anna Loxton, Surrey’s assistant coroner, criticised the German car manufacturer and the Driver and Vehicle Standards Agency for realising an electrical fault with its cars could be fatal on an unlit road, as proved to be the case 10 months later for Narayan Gurung, 66, of Aldershot.

BMW said: ‘This was a tragic accident and we again express our sincere condolences to Mr Gurung’s family.

‘Safety is of paramount importance to BMW – nothing comes before this.

‘We need to reflect on what the coroner has said this morning, including her observations about the code of practice.

‘Whilst BMW considers that it has followed all the processes required by the relevant regulations, we recognise the need for the automotive industry to review relevant processes and procedures.’

Why is BMW recalling hundreds of thousands of cars in the UK?

In May BMW announced a recall of 312,000 vehicles in Britain which are at risk of suddenly cutting out.

The German manufacturer said it will contact owners of the affected models – BMW 1 Series, 3 Series, Z4 and X1 petrol and diesel models made between March 2007 and August 2011 – in the next three weeks.

The Driver and Vehicle Standards Agency (DVSA) said last week that BMW had failed to alert UK authorities to 19 cases of electrical faults in one of its models.

BMW had already issued a safety recall in 2017 affecting 36,410 petrol cars, but the recall is now being extended amid concerns the issue could affect more models.