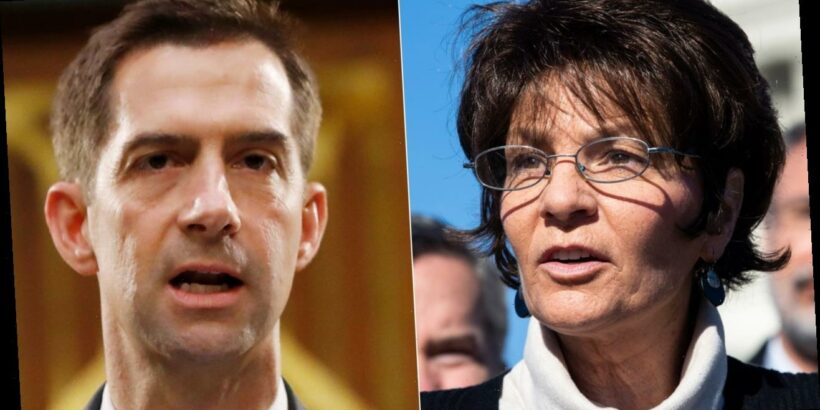 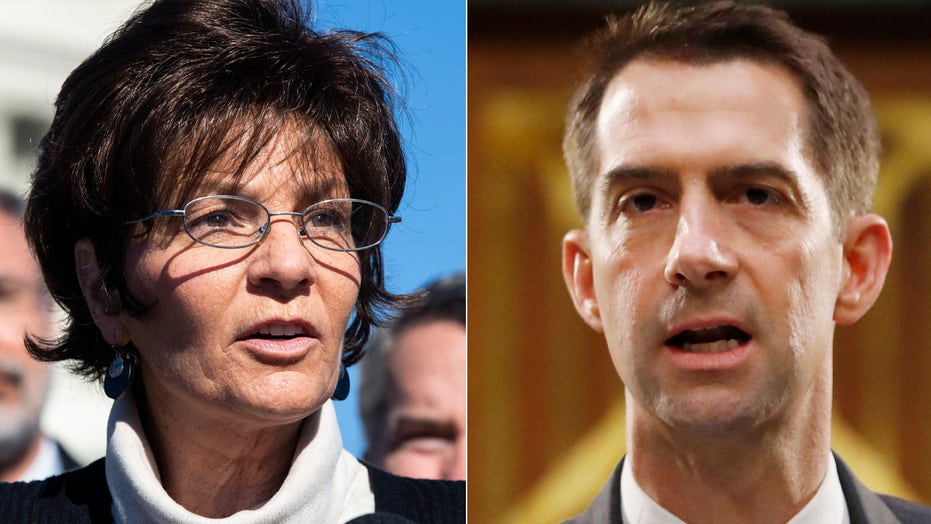 Christina Solano, the sister of the slain L.A. County deputy, is ‘outraged’ over proposed justice reform.

GOP Rep. Yvette Herrell of New Mexico is expected to introduce a bill Tuesday that would make it a federal crime for someone to murder a federal, state or local law enforcement officer — and call for any person convicted to serve life in prison or receive the death penalty, Fox News has learned.

Fellow Republican Sen. Tom Cotton from Arkansas will join Herrell to introduce a companion bill in the Senate, the lawmakers said.

Cotton told Fox News the bill “will subject those who murder police to a punishment they deserve, life in prison or the death penalty.”

“They have our backs, we must have theirs.”

“Criminals who cut short the lives of our brave officers should be met with the fiercest penalties,” Cotton said in an emailed statement. “Killing a police officer not only ends a precious human life — it’s also an assault against the safety of every American who lives in the community that officer protects.”

Herrell’s bill, which she plans to introduce Tuesday afternoon in the House, has garnered the support of the National Sheriffs’ Association, National Association of Chiefs of Police, Heritage Action for America and the New Mexico Sheriffs Association, among others, a summary of the bill provided to Fox News stated. 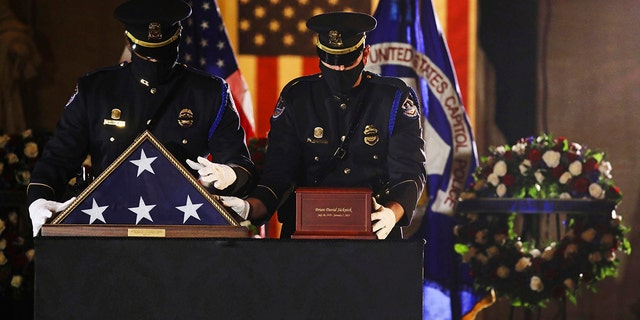 An honor guard places an urn with the cremated remains of U.S. Capitol Police officer Brian Sicknick and folded flag on a black-draped table at center of the Capitol Rotunda to lie in honor Tuesday, Feb. 2, 2021, in Washington. (Leah Millis/Pool via AP)

“Each day the men and women of law enforcement put their lives on the line for their community, and anyone who seeks out and takes the life of somebody who is sworn to protect them, should be severely and appropriately punished,” Jonathan Thompson, executive director and CEO of the National Sheriffs’ Association, said in an email to Fox News.

As current law stands, the murder of a federal officer is a federal crime, but Herrell and Cotton are seeking to expand the parameters to include officers at both the local and state levels.

The “murder of any police officer undermines the fabric of our nation’s society and threatens the rule of law,” the bill summary stated. “Anyone willing to kill a police officer would not hesitate to kill a civilian.”

Another provision of her bill proposes that offenders would face a life sentence or the death penalty depending on whether “certain aggravating factors are met.” Such factors would include “participation or affiliation with anarchist or other violence promoting groups,” intent to ambush an officer, “prior statements advocating or promoting violence against law enforcement” or prior threats made against law enforcement, according to the summary.

Forty-eight law enforcement officers suffered line-of-deaths in 2019 as a result of felonious acts, while 56 died from the same circumstances in 2018, Herrell’s office said, citing the National Law Enforcement Memorial Fund. 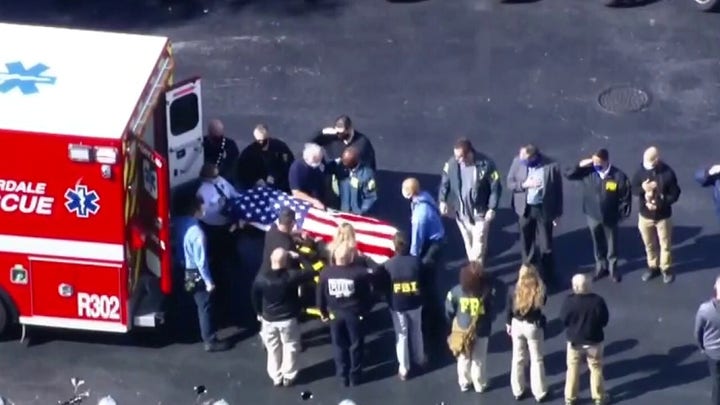 “The murder of any law enforcement officer undermines the fabric of our society,” Herrell said in a statement to Fox News. She referenced the recent shooting of New Mexico State Patrolman Darian Jarrott. Jarrott was killed on Feb. 4 when he was wounded during a traffic stop in Luna County. He left behind three children and his wife, who is expecting their fourth child.

“An attack on those who ‘protect and serve’ us is an attack on our communities and the rule of law. It cannot stand — we must defend those who defend us so selflessly and bravely,” she added. “They have our backs, we must have theirs.”