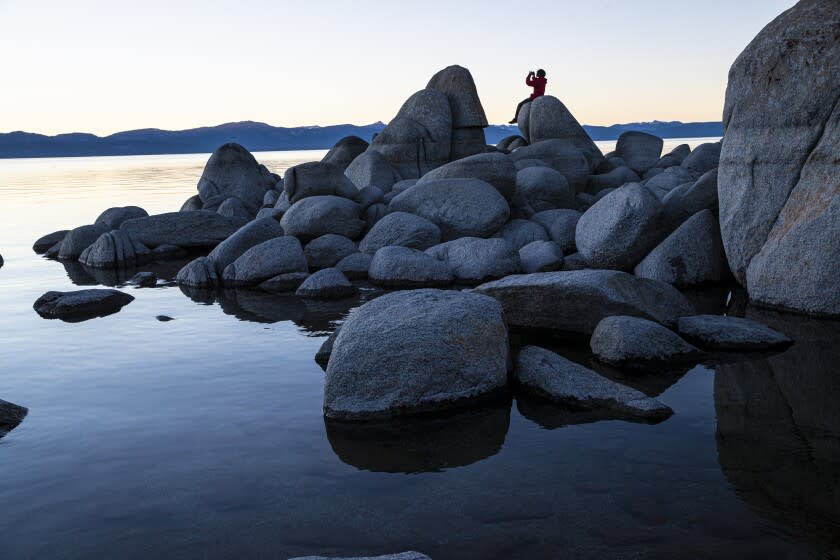 Lake Tahoe, the world’s clearest large lake, could become even clearer over the next few years due to changes in its plankton population, scientists said in a new report.

Researchers at UC Davis last week released their annual “State of the Lake” report, detailing several significant changes in Tahoe’s water, including the plunging level of Mysis shrimp, a type of zooplankton, which could increase clarity.

The team of scientists predicted that the drop in the population of Mysis shrimp will have a cascading effect on the lake. The zooplankton, about the size of the width of a fingernail, is known to feast on the lake’s native Daphnia, a tiny crustacean that spends much of its time devouring algae that would otherwise dilute the lake’s limpidness, the report says.

The plummeting number of Mysis shrimp could allow the Daphnia to reassert itself, increasing the clarity of Tahoe’s water, researchers said. The Daphnia are also eaten by kokanee salmon, and if the Daphnia population remains high, the salmon could increase in size, scientists wrote.

Although the improved clarity is not a sure bet, scientists said they are basing their predictions on a similar situation that took place in Lake Tahoe’s Emerald Bay about a decade ago, resulting in a “dramatic” increase in clarity.

“We expect the clarity to get better, but just temporarily,” said Geoffrey Schladow, a professor of Water Resources and Environmental Engineering at UC Davis.

Schladow said the Mysis shrimp will likely return in a few years, but there are ways the population could be culled by humans. 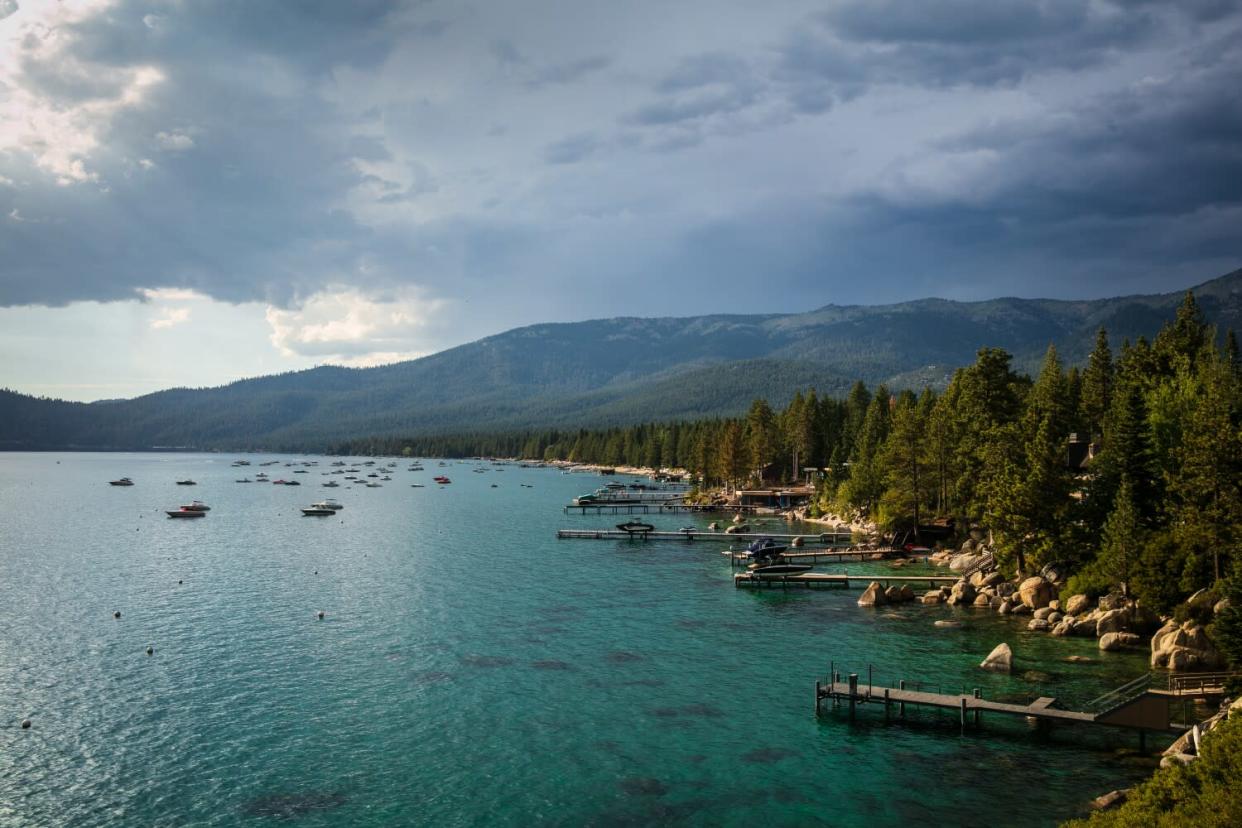 The university has been continuously monitoring Lake Tahoe since 1968. The researchers measure the clarity of the lake by lowering a 10-inch-wide white disk, known as a Secchi disk, into the water and marking at what depth it remains visible.

The average depth at which the disk could be seen in 2021 was 61 feet. Federal and state regulators have set a 97-foot 4-inch Secchi depth as the lake’s “clarity restoration target.”

Beyond how the water looks, clarity is important because it makes it more difficult for invasive species to reproduce in the lake. It also allows Tahoe residents to drink nonfiltered water, which Schladow says could change if the clarity gets worse.

Despite the harbinger of better clarity, 2021 saw a massive growth in nearshore floating algae, which the report called “a growing ecological threat to the lake.”

“The blooms also occur where the greatest numbers of people — residents and visitors — interact with the lake,” the report states. “The abundance of floating algae also increased by 300% in the past year, attaining an all-time high annual value in 2021.”

Scientists also monitored the lake’s reaction to a number of devastating wildfires in the region last year, including the Dixie, Tamarack and Caldor fires.

The researchers at UC Davis noted that phytoplankton in the lake rose up much closer to the surface than usual, which could be because of lower levels of sunlight due to wildfires. The high levels of phytoplankton at the surface of the lake make it more difficult to filter the top water, scientists said.

On top of the wildfires, dry conditions in the area led the surface of the lake to drop throughout 2021, briefly falling below its “natural rim” for an 11-day period.

“It is almost certain that the lake will fall below its natural rim during summer 2022 and stop river outflow to the Truckee River,” the scientists wrote.

Without outflow to the Truckee from Lake Tahoe, rafting on the river would be limited, Schladow said. Endangered fish could also be negatively affected.