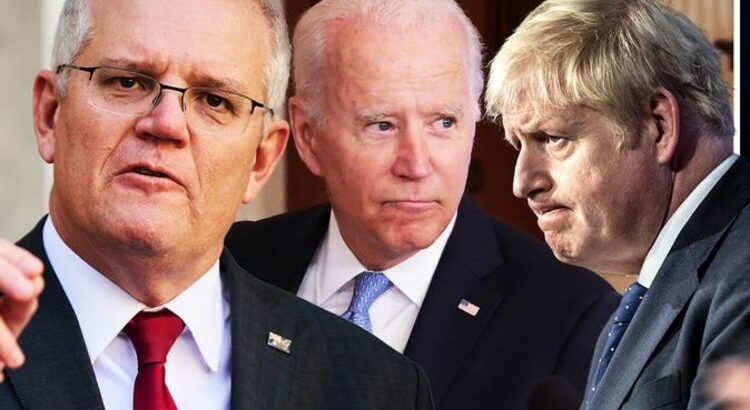 Mr Keating, 77, issued a statement on Thursday which condemned a potential “further dramatic loss” of Australian sovereignty. The former Australian Prime Minister, in power from 1991-1996, was criticising the new strategic alliance named AUKUS.

Mr Keating said the agreement “will amount to a lock-in of Australian military equipment and thereby forces, with those of the US.”

He continued in his statement: “Material dependence on the US robbed Australia of any freedom or choice in any engagement Australia may deem appropriate.

“Australia has had great difficulty in – running a bunch of Australian-built conventional submarines – imagine the difficulty of moving to sophisticated nuclear submarines, their maintenance and operational complexity.”

“And all this at a time when United States reliability and resolution around its strategic commitments and military engagements are under question.”

Referencing last month’s withdrawal of US forces from Afghanistan, he said: “If the United States military with all its might could not beat a bunch of Taliban rebels with AK47 rifles in pickup trucks, what chance would it have in a full-blown war against China, not only the biggest state in the world but the commander and occupant of the largest landmass in Asia?

“When it comes to conflict, particularly among great powers, land beats water every time.

“It has to be remembered that China is a continental power and the United States is a naval power.

“The United States supply chain to East Asia would broadly need to span the whole Pacific from its base in San Diego and other places along the American west coast.

“Australia, by the announced commitments, would find itself hostage to any such a gambit.”

He added that there was “only one objective”: “the ability to act collectively in any military engagement by the US against China.”

He told the press: “I prefer to be in the company of John Curtin and Robert Menzies when it comes to this issue, and John Howard.

“The former Labor prime minister is entitled to his views and to be respected for his views but they are not views my government shares.

“My government is grounded in the decisions of Curtin and Menzies.. our relationship with the United States is a forever relationship.”

A joint statement from the leaders of the AUKUS partnership read: “We resolve to deepen diplomatic, security, and defence cooperation in the Indo-Pacific region, including by working with partners, to meet the challenges of the twenty-first century.”