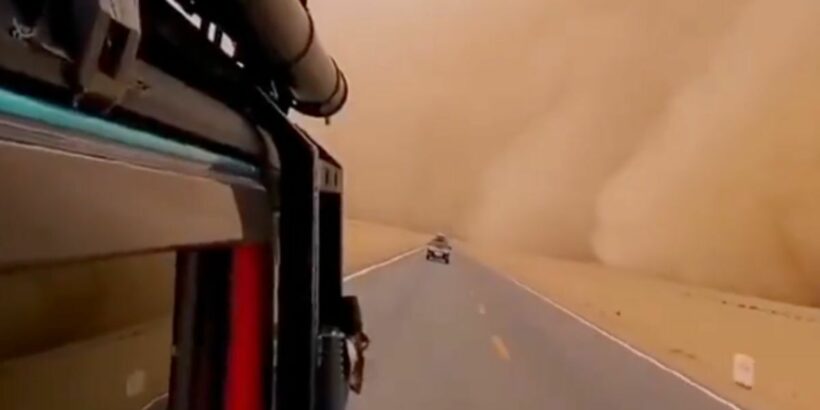 Footage has captured the moment a huge sandstorm overtook vehicles on a road in north-western China. Drivers are reported to have been stranded for hours after the storm erupted occurred in Qinghai province’s Haixi region on July 20.

Chinese state broadcaster CCTV released the video which shows drivers sounding their horns as they attempt to outrun the approaching dust clouds.

Drivers Ning told AP: “I couldn’t see anything when I was trapped.

“I felt a little scared.”

Mr Ning described how he had driven for more than 100 kilometres in abid to escape the sandstorm before he became suck for three hours. 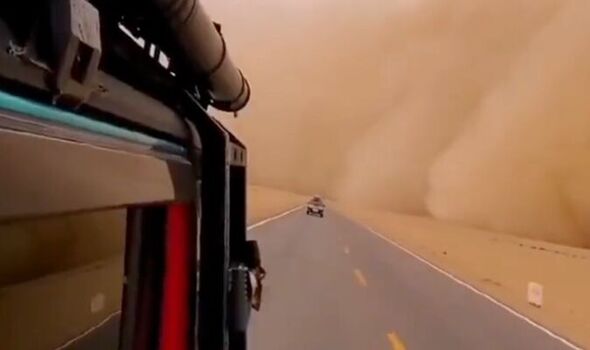 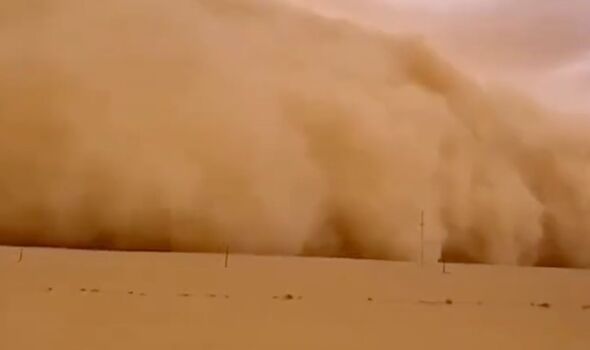 The South China Morning Post reported that at its peak, visibility plunged below 200 metres in some parts of the province, blocking out the sun.

It comes as China prepares to suffer the return of more heatwaves over the next 10 days from east to west.

Some coastal cities are already on their highest alert level and officials in inland regions have warned of dam failure risks because of melting glaciers.

A sharp temperature spike is expected on Saturday, before building up into heatwaves, defined as periods of atypically hot weather of three days or more, according to The Mirror.

The hot spell is expected to be similar in scope as heatwaves from July 5-17, but more regions could be hit by temperatures of 40 degrees Celsius (104 degrees Fahrenheit) or higher, Fu Jiaolan, chief forecaster at the National Meteorological Centre, told state media.

Some cities in Zhejiang province, home to many factories and exporters, on Friday issued red alerts.

Temperatures of at least 40C have been forecasted in the next 24 hours.

The load on the national power grid could reach a new high this summer as demand for air-conditioning by homes, offices and factories surges, with safe operation facing “severe tests”, the Ministry of Emergency Management warned on Friday. 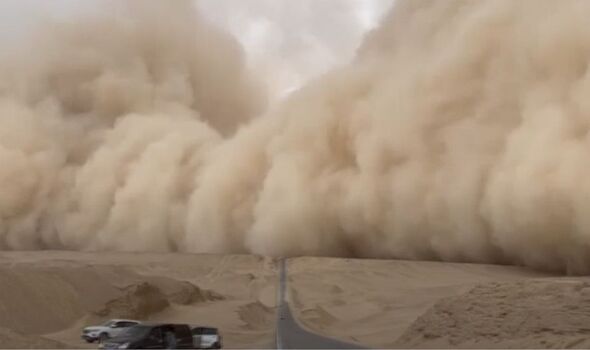 “Every year we do things to make the work more comfortable, for example giving workers ice-creams when it gets too hot.”

Zhejiang, as well as parts of Fujian, Guangdong, Hunan, Jiangxi, and the city of Chongqing, also stand at risk of forest fires in the near term, the ministry said.