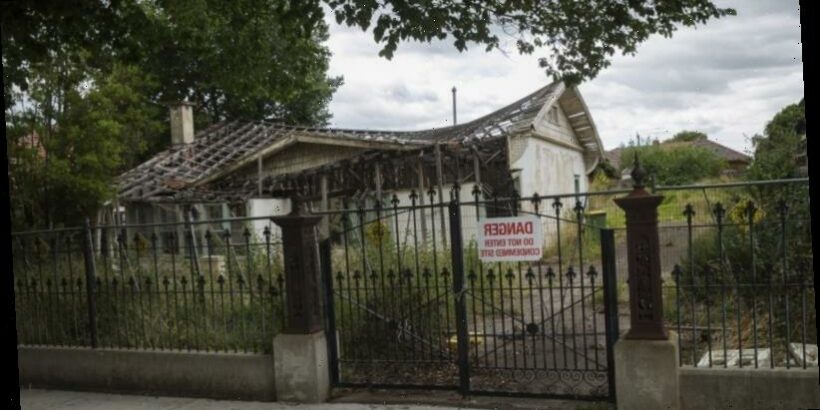 A bid to raze an uninhabitable Edwardian home in Melbourne’s north has been refused by the local council, to avoid encouraging what one councillor describes “demolition by neglect”.

Moreland Council has refused a succession of applications to demolish the derelict house over 20 years, arguing the protected property in Coburg should be restored because it contributes to a local heritage precinct.

Instead, the condition of the dwelling at 65 The Grove has worsened after the removal of structural internal walls and the displacement of verandah pillars. 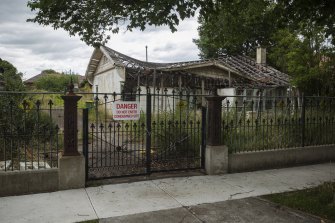 The property, at 65 The Grove, has fallen into disrepair over decades.Credit:Paul Jeffers

Moreland Council officers finally recommended councillors support the permit last week on the basis the home could no longer be restored. The proposal to build two new double-storey townhouses in its place would fit with the heritage precinct, officers said.

But an alternative motion moved by new Greens councillor James Conlan to block the permit was supported by a slim majority.

Cr Conlan described the case as “demolition by neglect” and said councillors did not want to encourage allowing heritage to fall into disrepair.

“We were very, very conscious of not wanting to create a precedent in Moreland,” Cr Conlan said.

The owner has 60 days to lodge an appeal through the Victorian Civil and Administrative Tribunal, which in 2016 upheld Moreland’s refusal to approve a permit. 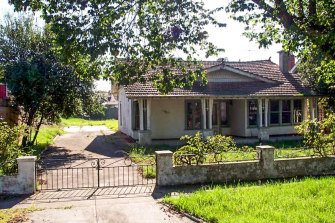 The property prior to the removal of an internal structural wall and displacement of verandah pillars.

“If no appeal is lodged, council will review its options regarding the dwelling,” a spokeswoman for Moreland Council said.

Cr Conlan said he hoped a positive resolution could be found.

“The purpose was not to just say ‘no’, and let the site become an eyesore. That’s not the outcome we’re seeking.”

The property was already derelict when it was bought by the current owner in 2003 and there is no evidence the owner breached any planning laws. 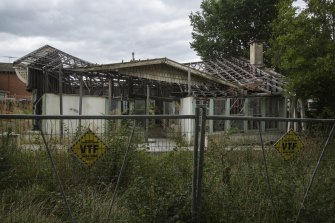 “It is a very unfortunate set of circumstances that has led to the deterioration of the dwelling to the point that it cannot reasonably be restored,” a council report said.

“However, evidence has been located informing that the property was in a poor state prior to the current owner purchasing the site in 2003.

“Whilst it is unfortunate that the current owner did not choose to repair the property, there is nothing in the [Planning and Environment Act 1987] to require this to happen. Whilst the neglect of a heritage property should not be rewarded, the tests in the Moreland Planning Scheme have been met for this demolition application.”

Sixty-four neighbours on The Grove supported the demolition and two objected.

The owner has been contacted via his lawyer and company.

Separately, the Victorian government this week proposed new laws to “prevent developers from benefiting from the unlawful demolition or neglect of our precious heritage”.

The legislation would prohibit development for up to 10 years at a site if the owner is charged with unlawful demolition.

“Preventing those who illegally demolish our heritage from redeveloping means they can no longer reap windfall gains from selling or rebuilding on their land,” Planning Minister Richard Wynne said on Tuesday.

The National Trust welcomed the state government’s announcement in the aftermath of the illegal demolition of the Corkman Irish Pub in Carlton in 2016.

The owners of the 159-year-old pub were fined more than $1 million for demolishing the site without a permit.

Stefce Kutlesovski and Raman Shaqiri were fined another $150,000 in December last year and vowed to appeal a 30-day jail sentence for breaching a VCAT order to build a temporary park on the land.

“The ongoing saga of this site has exposed the flaws in our system which have allowed developers to profit from the destruction of our cultural heritage,” the National Trust said.

“We hope these laws will send a strong message to developers and property owners that illegal demolition and neglect will not be tolerated.”