Emma Ginnever and partner Thomas Drummond snapped up the three bedroom home in Riddrie, Glasgow, for £90,000 from Persimmons Builders, excited to start a new life. 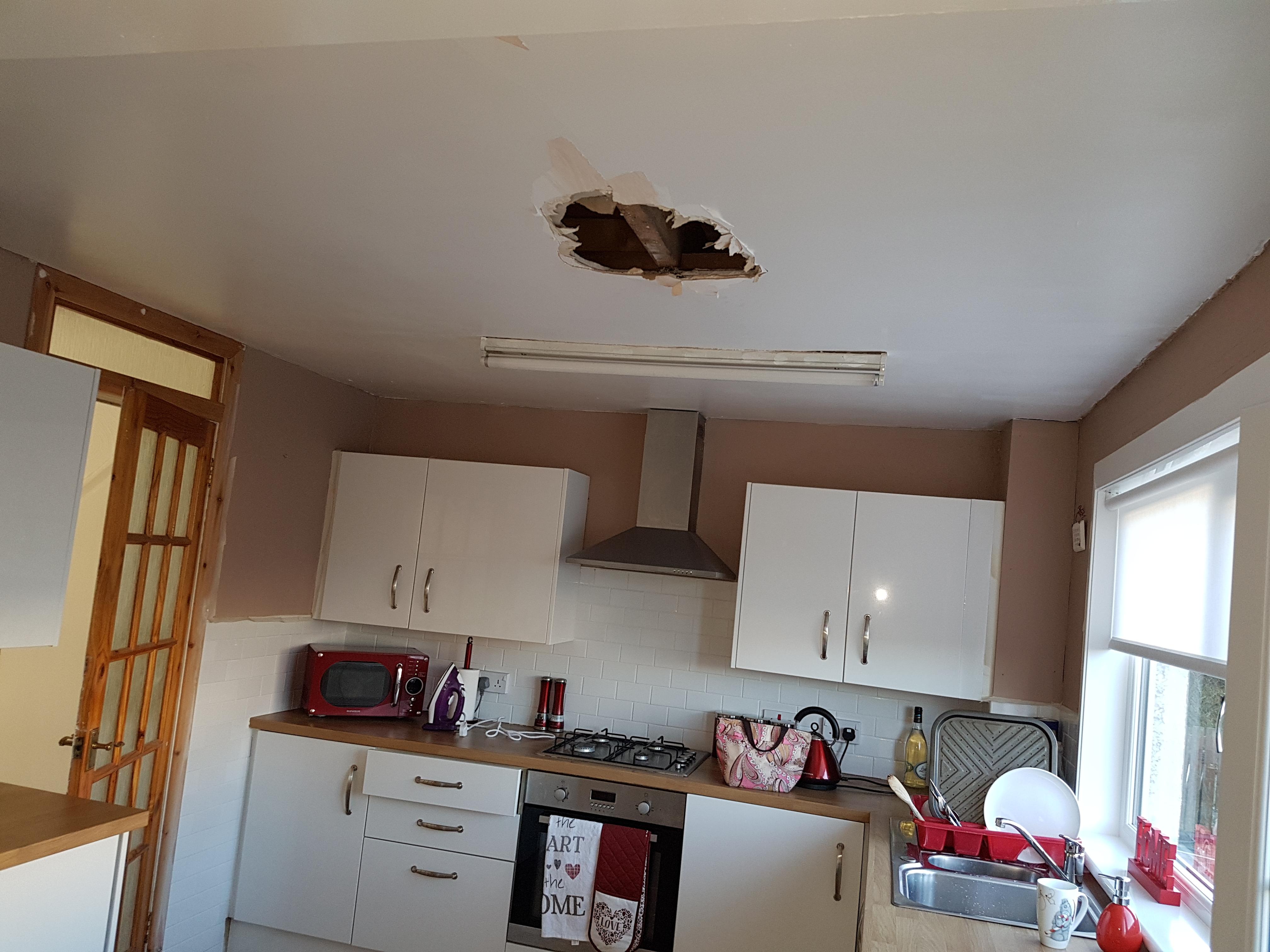 But barely 24 hours after moving into their home in January, the couple say they noticed water leaking through the kitchen ceiling from the bathroom.

Speaking to the Sun Online, Emma, 32, said: “We moved into the house the Friday and on Saturday, we noticed there was a leak coming into the kitchen.

“We called Persimmons and they sent out a sub-contractor plumber who assessed it and immediately said the house wasn’t structurally safe.

“He could shine a light from the bathroom floor into the bedroom.” 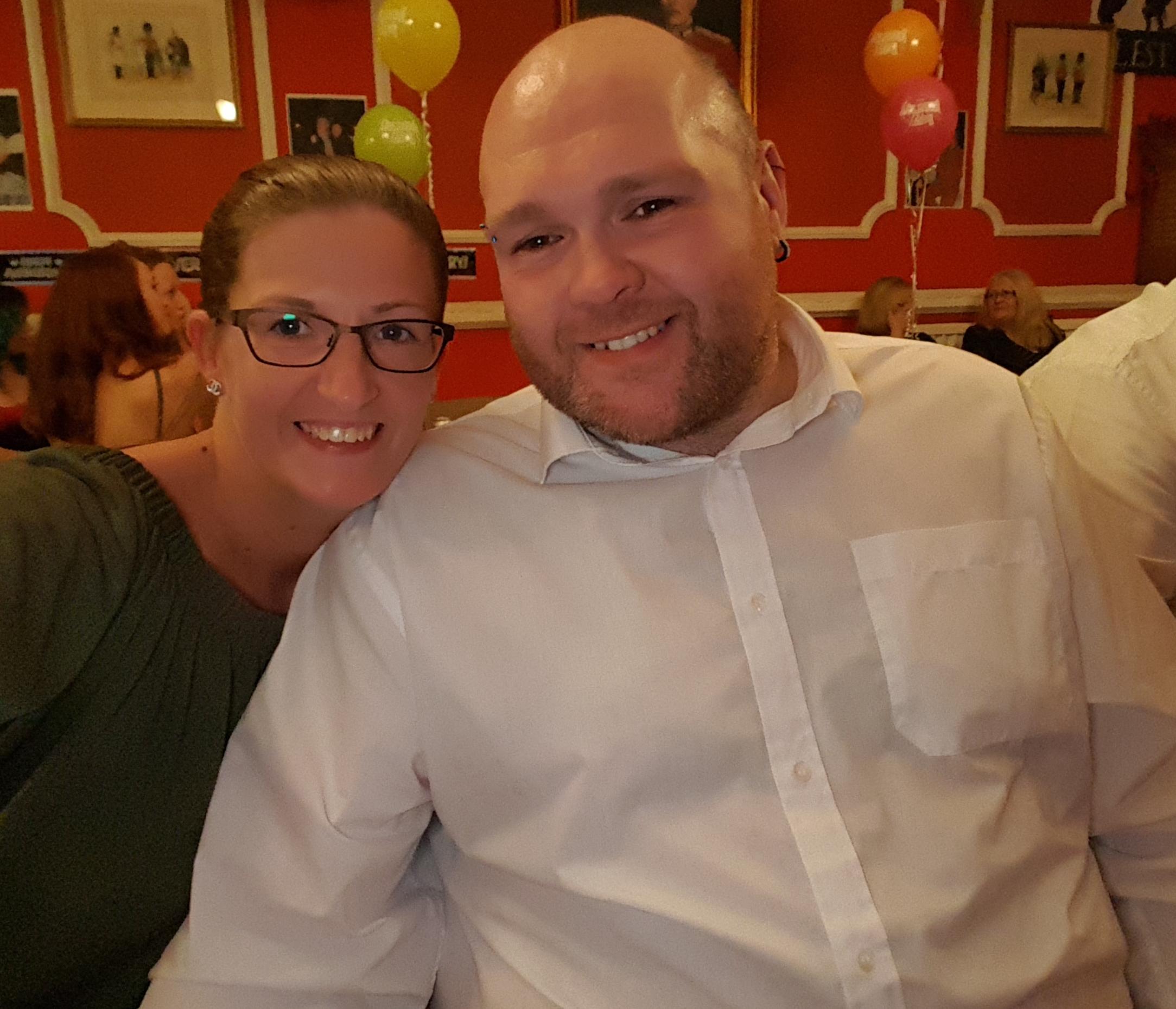 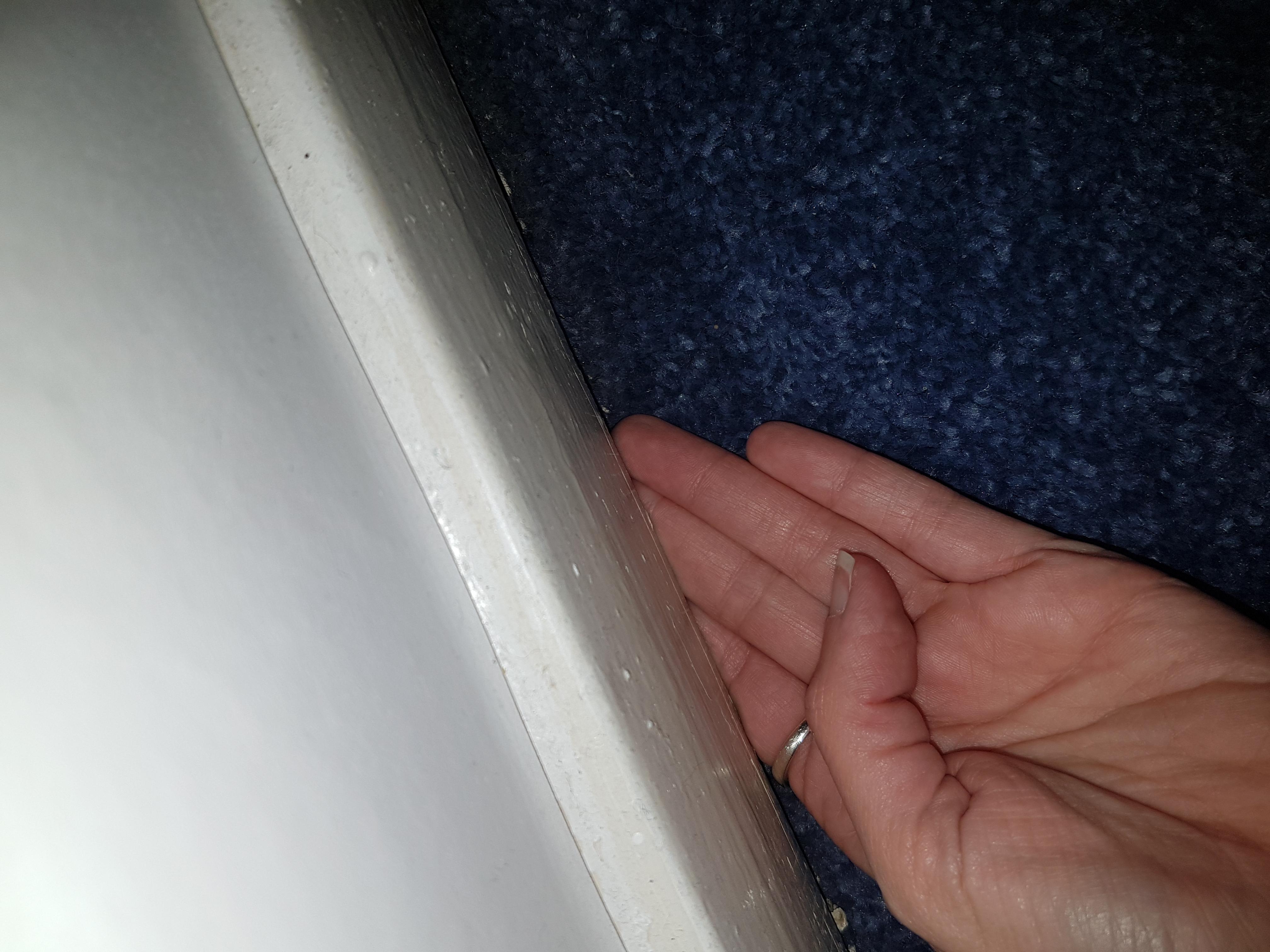 And so began months of heartache, with the couple finding out previous owners of the home – who had sold it to Persimmons in a part exchange – had removed a load-bearing wall between the dining room and the kitchen.

The couple said they had no idea, with the home report done by Persimmons saying the house was structurally safe.

Emma said: “The house was sinking.

“There was nothing to support the house from one of the house to the other end. 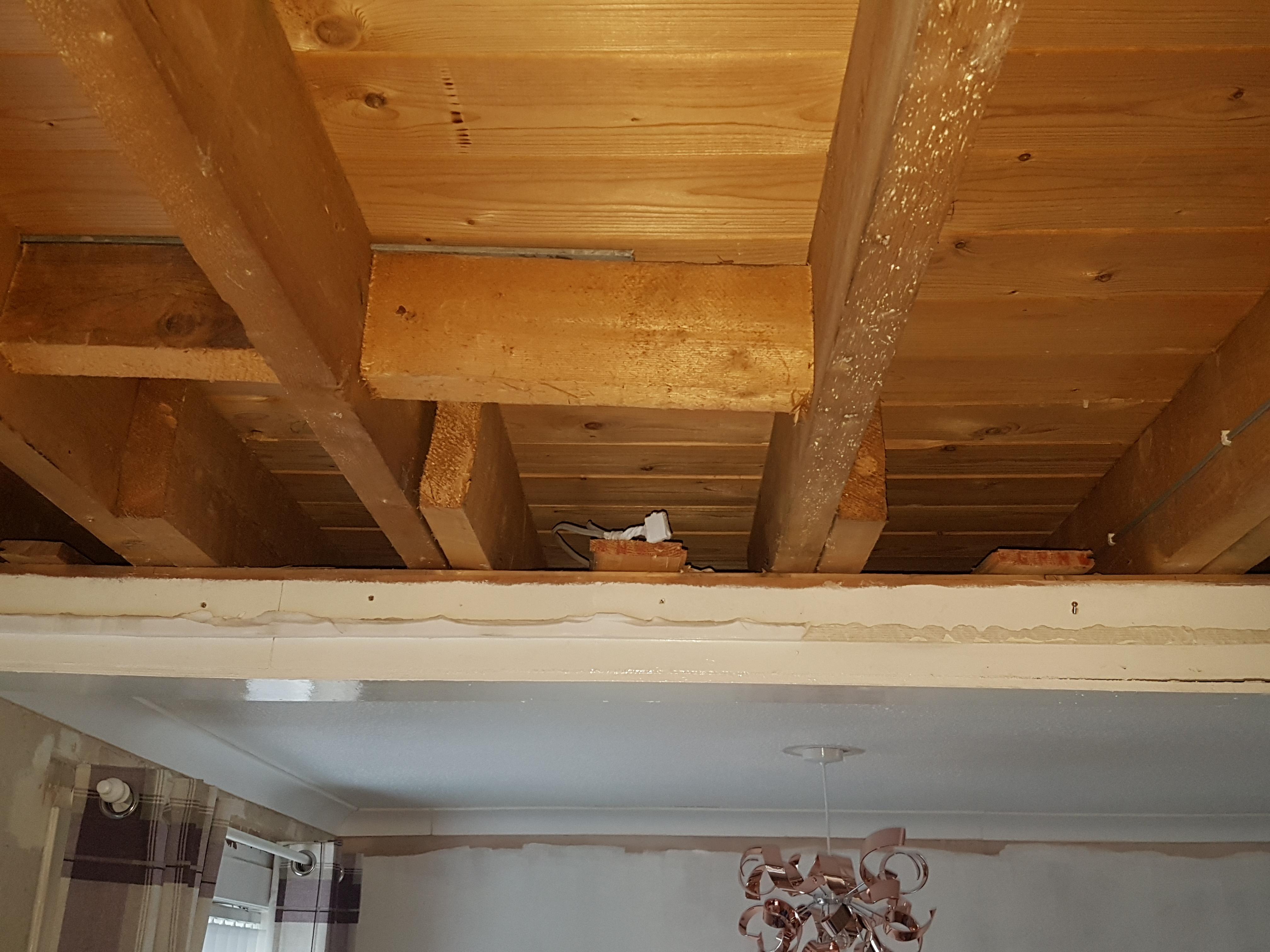 “If something had happened, we could have been seriously hurt.”

They have since contacted the company, who she said refused to help.

Emma admitted that while it was naive not to have undertaken their own structural survey, which is recommended for home buyers, she had expected the home report to pick up the home's problems.

She said: “This should have been picked up.

The customer service advisor said the couple had been devastated by the litany of problems, saying: “We were so excited, buying stuff for our first home. 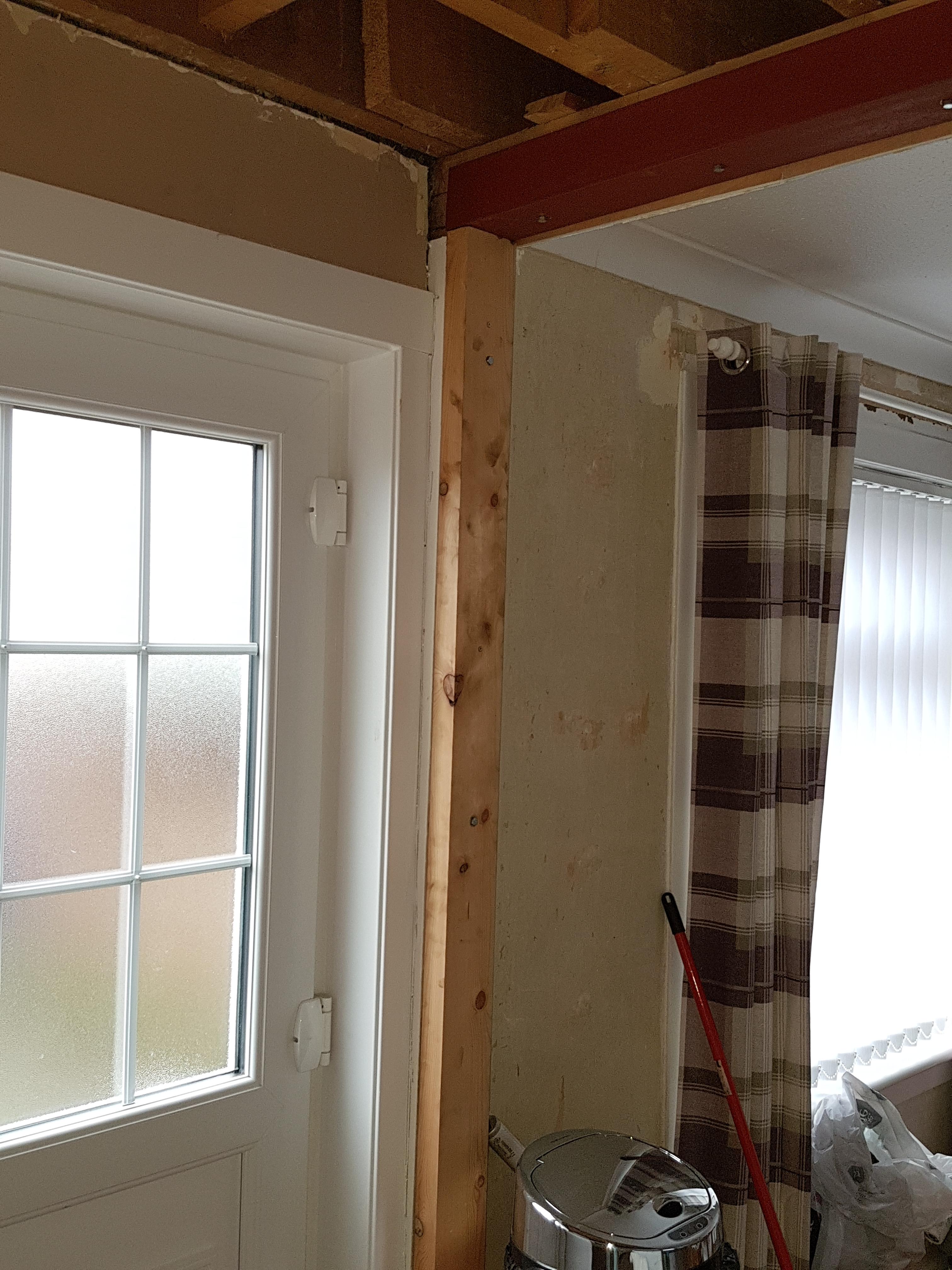 “We’ve not been able to enjoy the house.”

She said the couple had been unable to use one of the bathrooms and spare bedrooms as they waited to get the home fixed.

Emma and Thomas have had a steel beam installed in the home to support it, trying their best to fix the home.

And they simply want Persimmons to cover costs as they make the home structurally sound.

She said: “I feel like we are fighting a losing battle with them.

“At the moment we are investing money just to get the home to a standard to live in.”

Iain Innes, managing director at Persimmon Homes North Scotland, said: "The purchaser of any second-hand property from Persimmon Homes is given online access to the Home Report which they can download.

"This type of report isn't a full structural survey however it does provide a starting point to help buyers to identify any potential issues.

"It clearly states its limitations and it is up to buyers to investigate further if they have any concerns and commission a full survey of their own prior to purchase.

"The home is a second-hand property and while we have done everything we can to advise Ms Ginnever it is not within our remit to determine what further action buyers take based on the report findings."