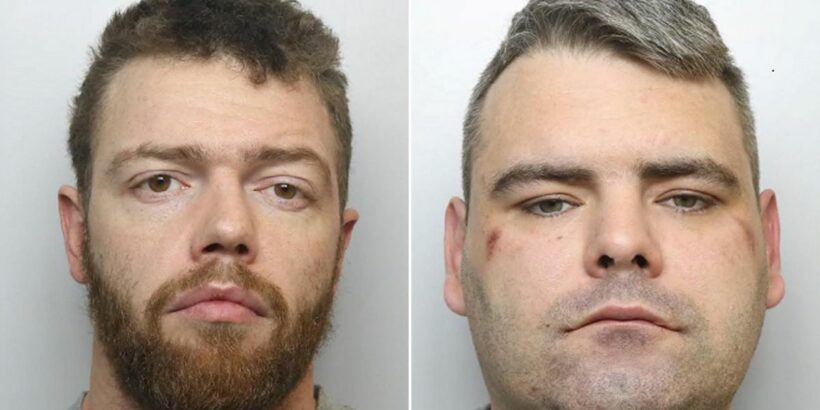 A tropical plant-loving couple were held hostage at gunpoint after idiotic robbers mistook their plants for a cannabis farm and said they felt like 'pigs waiting to be slaughtered.'

The anonymous pair were held captive in their home at gunpoint by Christopher Honey, 34, and Shaun Fargher, 35, in a "traumatic" ordeal.

During their time in captivity, one of the defendants made several threats to the couple, including pointing an imitation gun, capable of firing rounds at them while demanding to know where the cannabis was.

When the brainless pair realised there were no drugs on the property, they made off with laptops and phones before locking their captives in their own homes.

However, this was to be their downfall as police used a “find my phone” app on one of the devices which led them straight to them.

Honey and Fargher were both sentenced yesterday (July 7) for aggravated burglary and possession of an imitation firearm, receiving a combined total of 24 years in prison.

Leeds Crown Court heard impact statements from both of the victims.

The male victim said: “This has been the most traumatic thing that has ever happened to me.

"I had never been so afraid of losing someone I love – I had feelings of terror I have never had before.

"We had fears – what if they got out? Or what if their friends come to get us? We should not have to live like this.

"We feel genuinely trapped and I am not sure if it will ever get better again."

The female victim added: "I never feel safe. I can't trust other people. I have become a nervous person.

"They threatened to shoot me if they were not told what they wanted to hear. I felt like a pig waiting to be slaughtered."

Fargher, of Wakefield, West Yorks., who had pleaded not guilty to aggravated burglary and possession of an imitation firearm, was sentenced to 14 years in prison after trial and five years on licence.

Honey had pleaded guilty to aggravated burglary and possession of an imitation firearm and was given nine years and nine months in prison.

Recorder Giuliani said: "I am sure this was a carefully planned and arranged burglary where you planned to steal cannabis and money through fear and intimidation, in the mistaken belief that it was a cannabis grow.

"The home you burgled was of a couple who had an interest in growing tropical plants. You burgled them despite the plants being visible from the street, you thought them to be cannabis plants."