Feuding palace courtiers are whispering about the ‘Markle debacle’ but are they to blame or is it control-freak Harry, asks RICHARD KAY

Yes, the royals have made their mistakes over the years, but of one thing you could always be certain: the Firm could be relied on to stage a good wedding.

Ruthlessly planned, endlessly rehearsed and timed to the second, with every guest and every bloom in place, each one since the war has been a masterpiece of glittering royal showmanship.

That is how it has always been, as Mail readers have been nostalgically reminded this week with our series of royal wedding specials, from the great romance of the Queen and Prince Philip to the glamour of Princess Margaret and Lord Snowdon.

On Saturday, it is Harry and Meghan’s turn. Theoretically, this ought to be the most thrilling royal wedding of them all — the Queen’s action-man grandson marrying a Hollywood actress.

How disappointing and slightly worrying that the excitement and expectation of the days leading up to their wedding should be overshadowed by family division and crises. Prince Harry and Meghan Markle are due to be married this Saturday at St. George’s Chapel in the grounds of Windsor castle 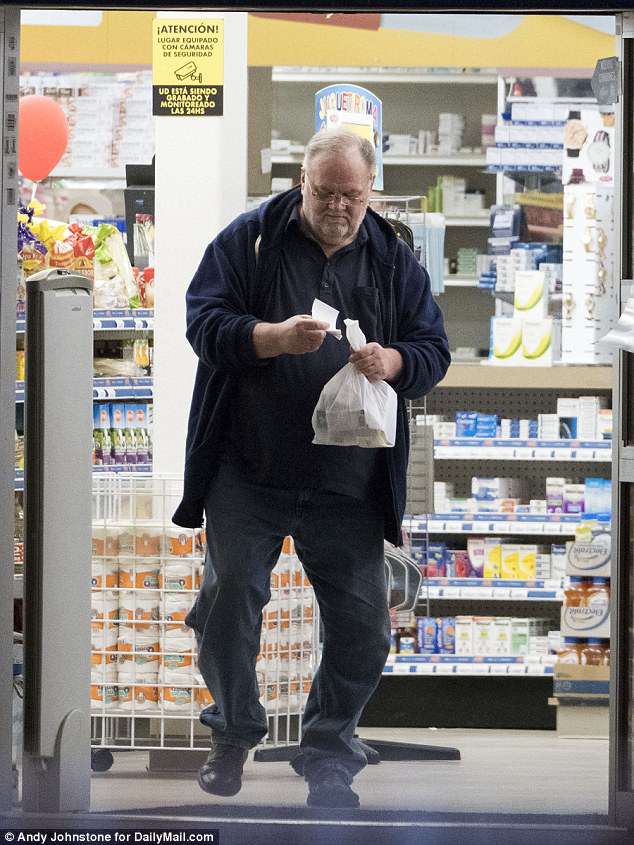 And how astonishing that Buckingham Palace, normally a finely-tuned machine, brilliant at overseeing pageants and jubilees, should appear to be so ineptly disorganised.

Not even yesterday’s late announcement that Prince George and Princess Charlotte will be among Meghan’s attendants has dampened down the sense of panic and controversy over why her father, who was meant to give her away, is not now coming to the wedding.

Her mother, of course, will be there. But she’s arriving jet-lagged after an 11-hour flight, just three days before the wedding.

And then, yesterday, came another unedifying attack from a member of Meghan’s extended family — her half-sister Samantha adding to the brickbats she’s already thrown by denouncing Meghan for trying to silence her.

If only Meghan had put this motley clan — it includes Tyler Dooley, a cannabis farmer — on the guest list. If only senior voices at Buckingham Palace had whispered in Harry’s ear that the bride keeping her family on the outside with their noses pressed against the window pane was bound to mean trouble. Seemingly, such crucial advice was not forthcoming.

As for the bride’s father, Thomas Markle, being naive and foolish enough to participate in the staging of paparazzi photos of himself preparing for the wedding — and sold worldwide by the photographer for an estimated £100,000 — that unseemly situation should never even have been allowed to have arisen.

He was, of course, invading his own privacy at the very time Kensington Palace was sending strict warnings to the media not to harass him.

Whichever way you look at the issue, it was utterly misguided for experienced royal advisors not have realised that this lonely man — who lives in a drab, seedy, drug-plagued Mexican town along with other cash-strapped American retirees — would struggle to deal with the enormity of his daughter’s wedding.

Even worse, the plan for him not to meet Harry until just hours before the wedding was absurd and probably unworkable.

Someone, surely, might have given thought to how best to involve Mr Markle in the weeks running up to the wedding, some way of acclimatising him to what lay ahead.

Palace sources were yesterday hinting — not entirely convincingly — that there had been offers of assistance to the 73-year-old former TV lighting director.

Behind palace walls last night, long-standing courtiers were expressing surprise that a channel of communication had not been opened up to Mr Markle, at the very least keeping him informed and making him feel involved.

How simple it would have been to have flown him to London and put him up quietly in one of the palaces. When Prince Philip married the Queen, his ailing mother came to live under the royal roof. In all the circumstances now there is huge surprise that, at the very least, someone wasn’t diplomatically despatched to his Mexican home to meet him, reassure him and make it clear they were available for advice at all times. 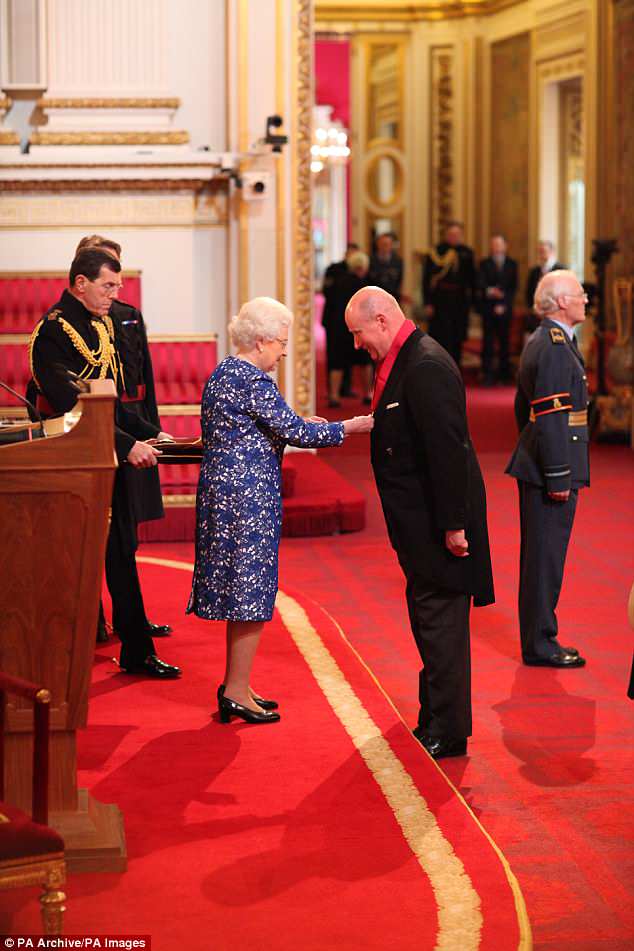 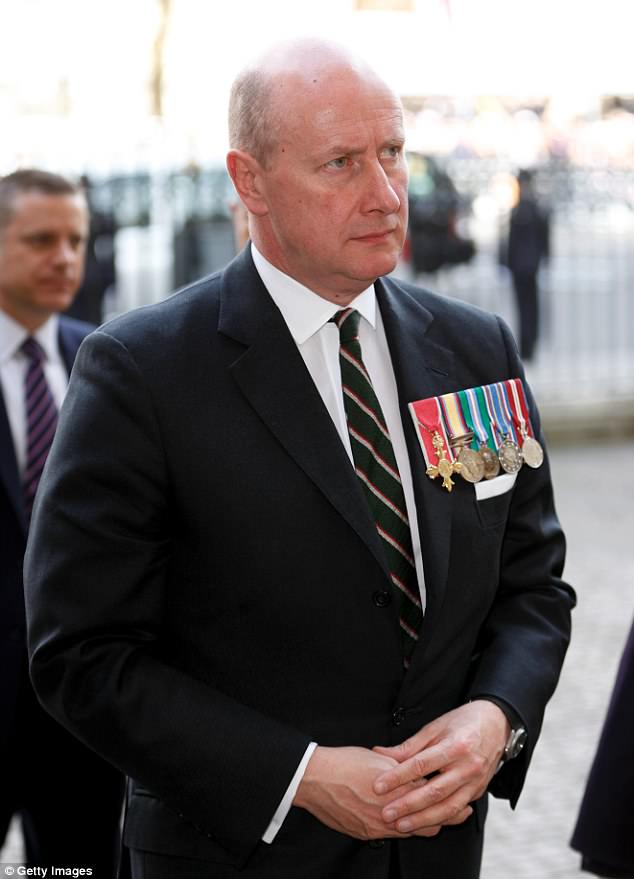 The feeling is that if that arch-fixer Sir Christopher Geidt, the Queen’s former private secretary, was still around, things could have been so very different.

This is a reference to the Prince’s hot-headedness — which was most notably apparent in 2016 when he issued an intemperate official statement, firing off scattergun accusations against those who had reported and commented on his relationship with Meghan.

Perhaps most astonishing of all is the fact that, six months after he and Meghan got engaged, Harry has yet to meet his future father-in-law. And indeed, as things stand, it may still be quite some time before he does.

After all this time, he and Mr Markle have only talked on the phone but not met in person. Now, of course, it’s too late. Added to which, just imagine how he must be feeling today as Meghan’s relatives, some of whom are still bad-mouthing the bride on TV chat shows, have flown to London from the U.S. — not as guests of the royals — but as paid-up TV pundits.

And make no mistake, Prince Harry, well-meaning but woefully inexperienced, has been making the key decisions about his wedding, just as his brother William did when he married Kate.

Understandably, the treatment of their mother by the paparazzi has left them both with deep suspicions of the media and obsessed by controlling events they are involved in. In particular, Harry has overseen every name on the wedding guest list which, as the Mail’s Shakespeare Diary revealed yesterday, has some surprising family omissions.

The children and grandchildren of the Queen’s cousins, the Duke of Kent, the Duke of Gloucester, Prince Michael of Kent and Princess Alexandra have not been invited, while, surprisingly, vacuous celebrities such as David and Victoria Beckham have.

But with the exception of Princess Alexandra, who has lived for years in Thatched House Lodge in Richmond Park, William and Harry grew up with these relatives as neighbours at Kensington Palace. Among cousins who are invited are Harry’s Spencer cousins, those blood relatives who are the children of Princess Diana’s brother Charles and sisters Sarah and Jane.

Inevitably, some of these royals, however distant, are angry at not being invited and it’s difficult to see how this will not leave a legacy of bitterness and dissent that won’t help Meghan’s acceptance into the wider royal family.

No doubt, one day, she and Harry will be able to look back on the troubled wedding preparations and laugh about them. But right now no one is laughing.

Indeed, palace staff are wickedly referring to the chaos surrounding the wedding plans as ‘the Markle debacle’.

One of the problems is that many palace staff have been kept in the dark about the arrangements.

About 140 of the Queen’s staff will be on duty at Windsor Castle on Saturday but one senior figure says simply: ‘We won’t know until the day itself exactly what our instructions are and what we are meant to be doing. Normally we would have known a good week in advance, just as we did with Prince William’s wedding. 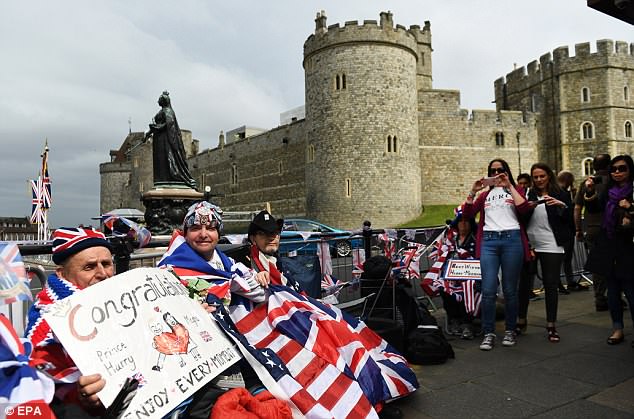 Some said the chaos within the royal courts in the run up to the wedding can be blamed on Kensington Palace, Clarence House and Buckingham Palace pulling against one another 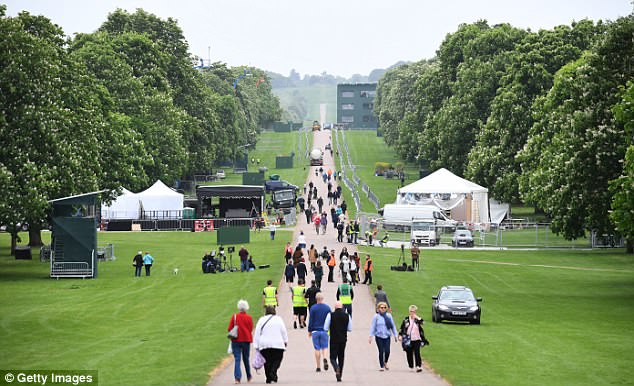 ‘It would all have been written down and printed out for us. But this time, so far, we’ve got nothing. It’s being kept secret until the day. It’s all very unsettling.’

Equally troubling for these key members of the royal machine is the fact that, to their surprise, hardly any have been introduced to the bride.

‘Before William got married, we got to know Kate quite well,’ says the staff member. ‘But hardly anyone has met Meghan.’

The general feeling below stairs, where Harry is very popular, is that he is ‘trying to do too much by himself.’

And the stumbling and inadequate performance of the most senior palace advisers is being blamed by some on the fact that the three royal ‘courts’ — Kensington Palace, Clarence House (where Charles is based) and Buckingham Palace — are pulling against each other.

Such a problem was the very thing that the now-departed Sir Christopher Geidt, was trying to prevent.

In fact, neither Clarence House officials nor those at Buckingham Palace have been intimately involved in the wedding planning, which has been directed by Harry’s small team at Kensington Palace.

Friends of Charles, who is hosting the party for 200 on Saturday evening at Frogmore House in Windsor Great Park, say the prince is concerned that Harry’s wedding has become the subject of ‘nasty parlour gossip’.

They say the fact that Meghan’s father’s predicament was being discussed on Radio 4’s flagship Today programme yesterday, at a time when Prince Charles usually listens, would have seriously worried him.

Yes, everything will probably work out magnificently in the end, but, oh, what a messy affair it has been so far.