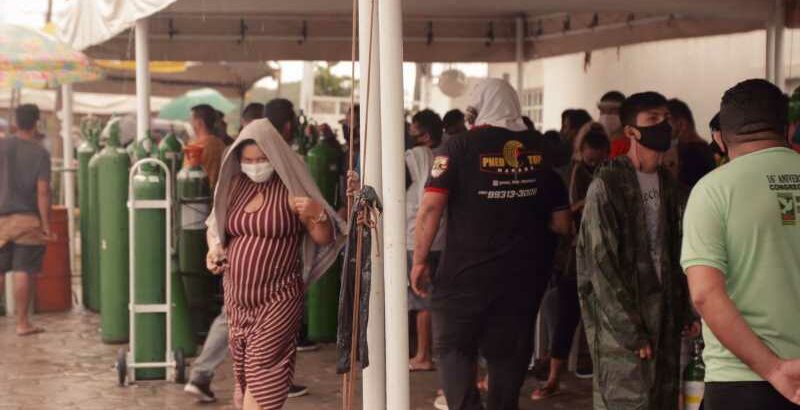 Conditions in the city of Manaus, deep in the Amazon rainforest where the Brazilian variant of COVID-19 is believed to have originated, are now so bad that people are suffocating in hospital beds without oxygen.

It’s being described as like a “medieval plague” and the fear is that it’s going to continue to spread.

With a population of over 211 million people, a resurgent COVID-19 outbreak, a president still in denial about its danger, dwindling supplies of oxygen and a new variant of its very own, it is hardly surprising there was some relief in Brazil that the country’s vaccination programme was, at last, being rolled out. 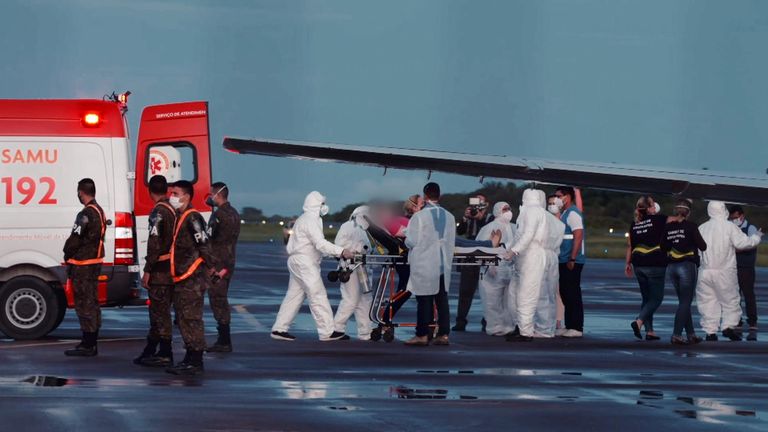 The relief probably didn’t last very long when it was revealed the nation had just six million doses available and not much more on the way.

Brazil’s handling of the pandemic has been chaotic and ultimately cost an enormous loss of life – it is second only to the United States.

Things are so bad that emergency supplies of oxygen were trucked in from Venezuela; a country that is bankrupt and has one of the most non-functioning health services in the world.

Like so many countries around the globe, the Brazilian government has now bowed to the seemingly inevitable and reached out to its military for help.

In Manaus, soldiers are having to collect the seriously ill and evacuate them to other parts of the country. Those other parts aren’t much better, they just aren’t a complete disaster – at least not yet.

This city was absolutely floored in the first outbreak of the disease.

In truth, it never recovered, and it is through the floor now. 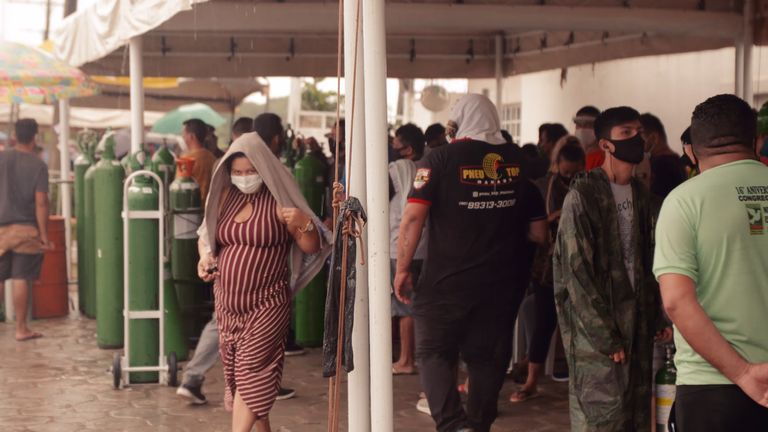 The families of new admissions to the city’s utterly overwhelmed hospitals are handed huge green oxygen canisters and told to go and get them filled up if they want their loved ones to even stand a chance of surviving.

Others have to source oxygen where they can. Huge queues form as they wait for supplies – like those from Venezuela. 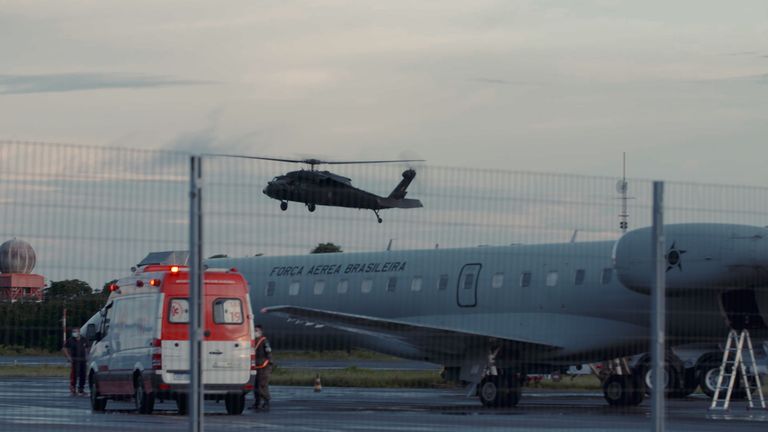 One of the volunteers, Helcio da Silva Maia Neto, has arrived to fill canisters for the sick and elderly in his community.

“I would like to say to everybody listening – please, send help! There are more people dying here than in war times, we are living a war, literally, a biological war in our cities… our city.

“I’m struggling every day to refill these canisters, facing these difficulties. I’ve been here in this queue since last night to refill three canisters.”

The scarcity of oxygen here is now so critical that medical volunteers like him sometimes have to decide who lives and who dies.

“There are days that we take the oxygen [to patients] and we have to decide, based on the saturation level that they have, which one we are going to let live and who is going to die. This is the reality every day.” 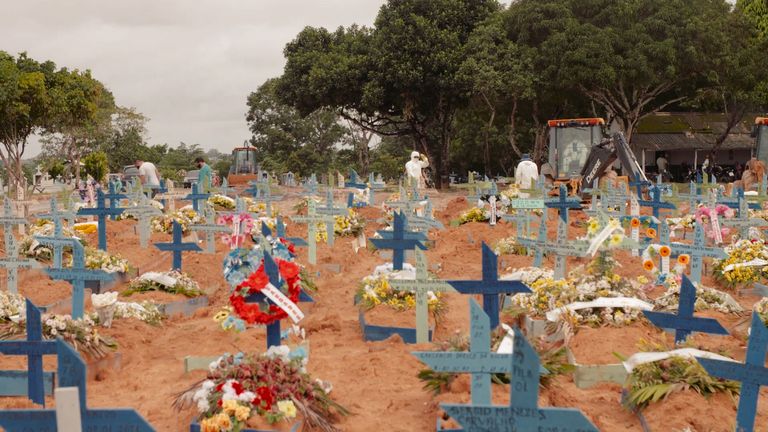 This worldwide disaster is growing every day. Britain is overwhelmed, so is Brazil, the US, Europe, the Americas, Asia, we are all struggling. But in the countries without a safety net, the consequences are horrendous.

The undertakers of the publicly-funded SOS Funerals organisation crisscross the city ferrying the dead from their homes to the pauper’s graves of the city.

It’s a non-stop job for Jackson Reinaldo and his colleagues.

Journalists working for Sky News say the situation is as bad as they had feared.

“At the hospitals and clinics, you can see rage, anxiety, and desperation with the lack of support and medical care, and no information about their loved ones,” Adrian Rocha told us at the end of a three-day trip. 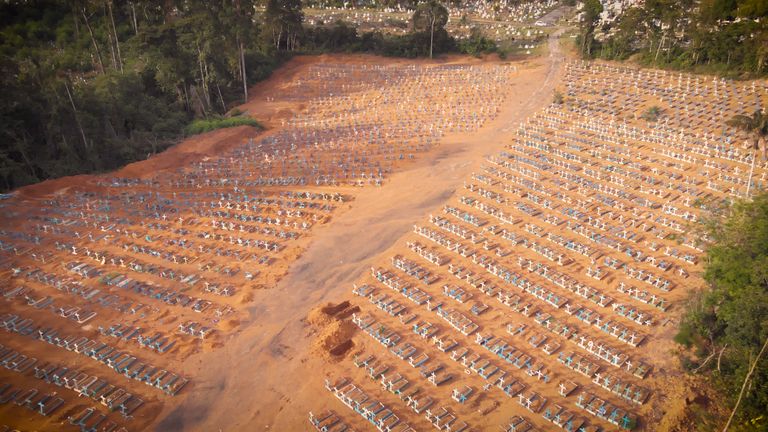 “At the cemetery, there is sorrow, resignation, and sometimes an angry outburst. But I would say that on top of all of this there is disinformation – people are angry, but they don’t know exactly who they are angry with – the mayor and governor are the most common targets.”

Cameraman Jamie Kennerley told us that filming in Manaus felt like covering “a plague”.

He said: “It felt like we were covering a situation in medieval times, with a serious plague sweeping the population and people dropping like flies.

“What was difficult to see, aside from the deaths, was the lengths that individuals were going to to try and save the lives of their loved ones, in the face of a government and health system that simply can’t cope. And that their efforts are almost never going to be enough.”

Our drone pictures reveal thousands of graves at the city cemetery. And 22,000 new ones are being dug right now.