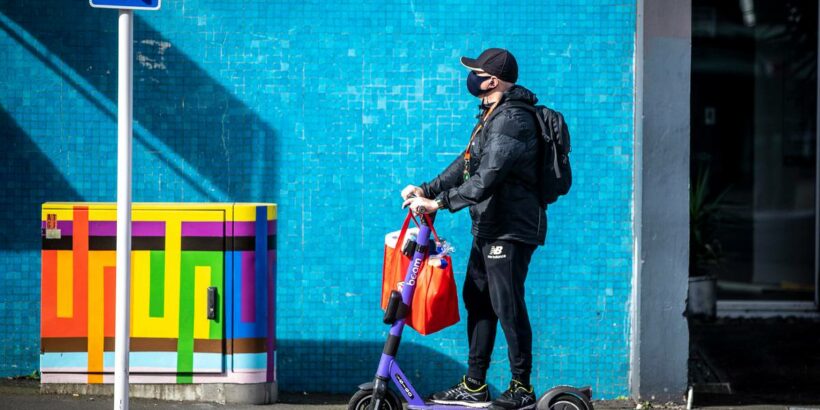 There are 20 new cases of Covid-19 in the community today as the Government considers an alert level move for everywhere except Auckland.

All of today’s new cases are in Auckland. The total number of cases in the community is 821.

Prime Minister Jacinda Ardern and director general of health Ashley Bloomfield will announce any alert level decisions taken by Cabinet, and provide an update on the current outbreak, from the Beehive at 4pm.

Five cases from today are yet to be epidemiologically linked to the outbreak.

Just five of yesterday’s 20 cases have been infectious in the community. The rest were in isolation throughout the period they were infected.

Eighty-six per cent of all contacts of cases have been called by contact tracers, the Ministry of Health said. Ninety-one per cent have received at least one test result.

There are 40 Covid patients in hospital, and six are in ICE or on a high dependency unit.

There are eight patients in North Shore Hospital, 18 in Middlemore Hospital, and 14 in Auckland City Hospital with the virus.

There are three new cases detected in managed isolation and one historical case.

Almost 3.9 million vaccines have been administered to date across the country.

There have been no unexpected detections in wastewater testing across New Zealand in the past 24 hours, the ministry said.

It comes as Pharmac today said a drug used to treat arthritis and used by 400 people across New Zealand has been paused by its international suppliers and will not be available for the next three months.

Pharmac said despite assurances, Roche today said it was out of stock and was not able to meet its obligations to supply the normal volumes of Tocilizumab.

The medication is being used to treat hospitalised patients with moderate to severe Covid-19 across the globe. It is not currently Medsafe approved for use in the treatment of the virus in New Zealand.

A push for testing is following a weekend of low levels of swabbing and low daily case numbers across the country.

It prompted Bloomfield and deputy prime minister Grant Robertson to renew calls for anyone with cold or flu symptoms to get tested.

“We are heading in the right direction,” said Robertson yesterday. “But the job is not over yet. This is why we want to see testing numbers in Auckland increase.”

It comes as reports emerge that patients in Auckland’s Middlemore Hospital could have been exposed to the virus.

The son of a 91-year-old man who was in the same ward in Middlemore Hospital where a person tested positive for Covid-19 told the Herald he was distressed and seeking answers on “how things went so horribly wrong”.

The two patients in the ward are expected to be tested today.

Meanwhile, daily case numbers are continuing to drop, showing encouraging signs that the lockdown is curbing the community outbreak.

There were 20 new cases announced yesterday, making it the fifth consecutive day of shrinking numbers. Daily case numbers reached more than 80 at the peak of the outbreak.

“We are heading in the right direction, but we want to make sure they are the only 20 cases. We can’t let even one case slip through the net,” said Bloomfield.

In the latest update, there were 801 cases in the community – 784 in Auckland and 17 in Wellington.

But it hasn’t been without sacrifice.

The country’s first Covid Delta-strain related death was announced over the weekend – a woman in her 90s at North Shore Hospital.

The Ministry of Health said she had a number of underlying conditions.

The number of locations of interest continues to drop, with the Ministry of Health removing 24 events from its list this morning and adding no new events or locations.

Among the new locations added yesterday were a number of public buses in south Auckland, including in Māngere, Ōtara and Ōtāhuhu.

There are currently 122 events involving 83 locations.