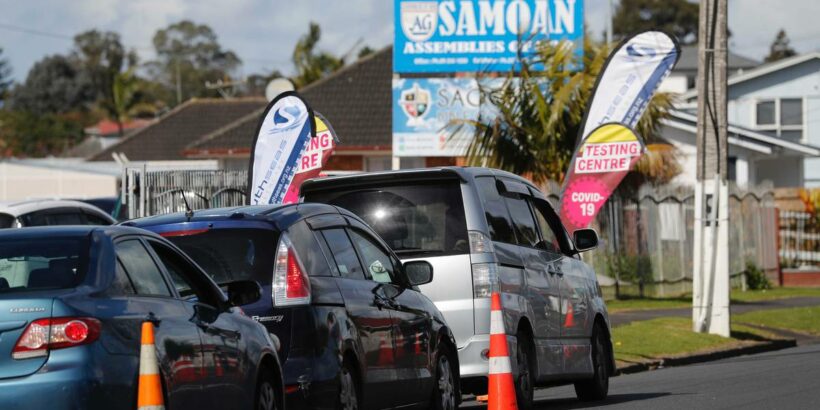 A total of 58 people who attended a church service in South Auckland now make up the biggest cluster in the current Covid outbreak.

A large proportion of the now 148 total cases in the community are of Samoan descent, director general of health Dr Ashley Bloomfield said this afternoon.

The information comes as contact tracers and authorities continue to work with church leaders connected to the Assembly of God Church of Samoa, on Andrew Baxter Drive in Māngere, since confirmation that a positive case or cases was at a service on Sunday, August 15.

Māngere MP Aupito William Sio said church leaders were initially worried about the backlash once their church was publicly identified by the Ministry of Health.

“There was nervousness because they’ve seen how some people can behave badly about people who are affected.

“I just had to reassure them – don’t panic. We’re all in this together and we must all be trying to lighten the burden,” he told the Herald.

Sio, also the Minister for Pacific Peoples, said the church was now being helped by at least two large Pacific healthcare providers whose staff included diverse members who could speak Pasifika languages – in this case, Samoan.

“There have been daily zoom meetings with the church leaders and there’s a lot of support being given to them from other church leaders.”

Just over 500 people attended the service on August 15 where a positive case or cases also attended.

The service is understood to have been a combined rally that included church representatives from dozens of other churches from around Auckland.

Some were from outside of the city, including from Wellington, and a handful of positive cases in the capital city are linked to the church service.

Sio said, as a result, Pasifika health officials in Wellington were also now involved in the support of those affected in Wellington.

Respected Pasifika health leader Dr Collin Tukuitonga said yesterday the church cluster was set to be the biggest – and would continue to grow.

“The immediate thing is that people need to get tested. That, to me, is the most important thing so they know if they’re a risk to their family or not.”

Tukuitonga also said health authorities had acknowledged the importance of identifying these cases as Pacific peoples, or Samoan, because those communities were more vulnerable to Covid-19 and needed to know.

Sio reiterated that, saying it gave people in the area or those who may know of someone who was at the service the chance to “self-identify” themselves as being potentially affected.

Sio said he did not know whether or not anyone who was at the service works in a managed isolation facility or any other border-related job.