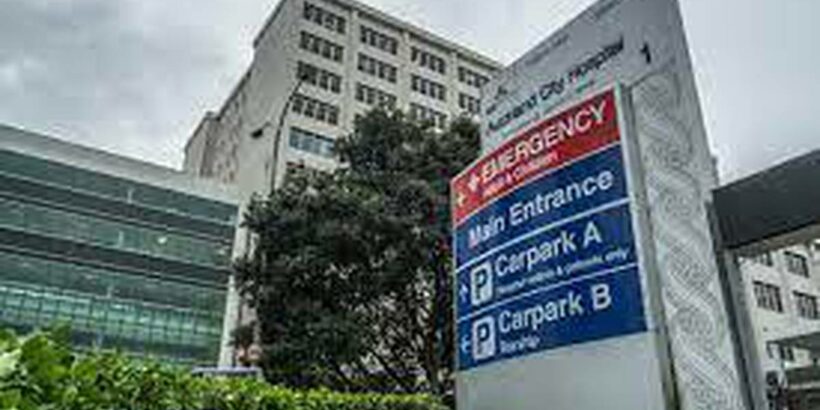 Health teams on Tuesday revealed a 58-year-old Devonport, Auckland man, identified as Case A, was the first person to test positive in the latest outbreak.

Since then, more cases have been announced – four yesterday morning, two during the 1pm Covid press briefing and a further three since then.

They include a workmate of the Devonport man and five cases linked to the workmate.

Director general of health Ashley Bloomfield said most of the new cases were aged in their 20s and active.

Modelling indicated we could already expect between 50 and 120 cases – the key was to find them as soon as possible, he said.

Here is what we know about the cases.

• Case A is a Devonport man, 58, who was the first case identified yesterday. He is described as a tradesman.

• Three of the workmate’s flatmates have also tested positive. They are a 25-year-old female teacher at Avondale College, an Auckland Hospital nurse, 21, and a man aged 20.

• Two friends of those living in the flat have also tested positive. They are a 21-year-old man who visited the house where three of the positive cases live, and a woman aged 19 who is a close contact of one of the cases reported yesterday.

• An AUT student is among the cases – the student was in a lecture theatre with 84 other students while infectious yesterday. “[Auckland Regional Public Health] information indicates that the student was at a Social Institutions (SOSC 583) lecture in WG403 at the City Campus between 11.30 and 1pm yesterday (17 August) and was infectious at the time,”AUT vice chancellor Derek McCormack said in an email to staff.

• An Auckland man in his 20s tested positive on Wednesday afternoon. He is the partner of one of the positive cases reported on Wednesday morning.

• An Auckland woman in her 20s who has a connection with another case reported on Tuesday tested positive on Wednesday afternoon.

• An Auckland woman in her 60s who has a connection to the border also tested positive this afternoon. Interviews are under way to determine any link to existing cases.

Case A, the Devonport man, 58, has not been vaccinated and locations of interest are connected to him in Auckland and Coromandel. However, health teams said he was very good at scanning into places he visited, using the NZ Covid Tracer app.

The man, a tradesman, visited about eight private homes. Another 15 locations of interest listed on the MoH website were places where members of the public could have visited.

She said three people had tested positive with this Covid strain in New Zealand managed isolation facilities, including two this month – one on August 9 and one on August 14.

Health teams are waiting to learn if the Devonport man’s strain matched either of these two strains in managed isolation.

If it did, that would likely reveal a major clue as to how Delta got loose in the New Zealand community, Ardern said.

The infected nurse is fully vaccinated and believed to have been asymptomatic. The Auckland District Health Board is now having an internal lockdown as it rushes to prevent a Covid-19 outbreak at Auckland Hospital.

He said the hospital was testing staff and limiting the movement of staff within the hospital to prevent cross infection.

The father of the Auckland Hospital nurse said his other daughter, the teacher who also lived at the flat, had tested positive.

She had not been vaccinated, the father said.

One of the two women also attended a North Shore church on Sunday morning with her fiance, who had not yet tested positive but was self-isolating and experiencing symptoms.

They had also gone to a nightclub in Auckland’s central city on Sunday night.

Bloomfield said the Central Auckland Church of Christ in Freemans Bay and SkyCity casino were important locations of interest.

A partner of one of the women and who is not living in the flat is awaiting his Covid test results, but is believed to be experiencing symptoms.

The father said his family also has concerns for their daughter’s grandmother, who is 80. They had visited her on Monday at her home in Titirangi, and she had subsequently gone to a bowling club and shopping at a local supermarket.

She was now isolating at home and waiting for health officials to come and give her a Covid test. She had received one dose of the Pfizer vaccine.

The father said his daughters and their flatmates sought tests yesterday afternoon after learning about their connection to the original case. None of them had experienced any major symptoms.

Earlier, a caller to Newstalk ZB claimed his employee is the fiance of the Covid-19 infected nurse.

He gave his name as Sam and blasted the Ministry of Health’s contact-tracing system, saying his workplace hadn’t heard from them despite his employee being as “sick as a dog”.

Sam told Kerre McIvor his employee was waiting for his Covid-19 test results.

“[It] sounds very likely that he’ll be positive, he got sent home from work yesterday about 1 o’clock, he was sick as a dog.”

“[My employee] has basically been at work Monday and Tuesday mornings. Over 20 people in close contact and we’ve not had one phone call from the Ministry of Health to tell us that our workplace is a potential exposure site.

“I just think the whole system, it needs a kick up the arse.”

He also expected the number of locations of interest to grow.

The vaccine had been shown overseas to, in the most part, prevent serious illness and hospitalisation, she said.