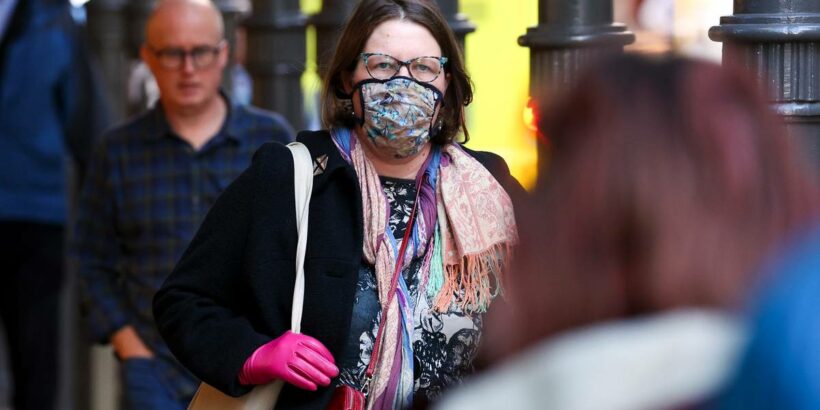 Air NZ chief executive Greg Foran said it was always a risk that flights would have to be cancelled and required significant logistics to manage it.

Air NZ’s call centre had 14,000 calls on Sunday alone. “Depending on how long this goes depends on the impact.” He said it would not be a significant impact if the bubble was only paused for a few days.

The Government meets today to decide on moving Wellington out of alert level 2 and the fate of the transtasman bubble.

However if New Zealand re-opened its borders state-by-state this would also pose a challenge for the airline.

He said Singapore was on the cards and talks were still happening around this.

He said he had spoken before about opening the borders to the Tasman and then Rarotonga gave the organisation “a chance to move from survive into revive”.

“We did forecast this coming financial year that begins in just a day’s time was also going to be challenging so we know we are going to be dealing with this in the future. So you know, we are prepared for it.”

A lot of customers were buying non-refundable tickets so any cancellations meant it went straight into credit.

He said there was still interest from Kiwis to travel. “Although this is far from ideal, I do remain encouraged that as we start to get on top of this people are going to get out and fly. We are seeing some really healthy loads coming into the July school holidays.”

He said the demand for the holidays was from both within New Zealand and the Tasman. He was confident that demand would bounce back once restrictions were lifted.

A third Australian state capital city has gone into lockdown, with Western Australian authorities announcing a four day lockdown in Perth and Peel.

The circuit-breaker action comes after a new community case was detected in Perth’s northern suburbs.

The lockdown came into effect last night at midnight and will last until 12.01am on Saturday, July 3.

Government officials have enforced stay home orders, with a ban on private gatherings and a strict 5km travel limit.

Mask wearing in public will also be mandatory, except during vigorous outdoor exercise or inside a vehicle with members of your own household.

The state government has also put a limit on weddings, with five people allowed to celebrate marriages and 10 for funerals.

Travel outside the affected regions is also restricted, with a regional boundary in place around Perth and Peel.

The drastic action is a result of three Covid cases to surface in the community, with the Western Australian premier Mark McGowan revealing the first person had the Delta variant of the virus.

The latest case was identified as a man in his 30s who worked at the Indian Ocean Brewery and who dined there last Tuesday, the same night as the index case.

The premier ishoping the lockdown will give enough time for testing and contact tracers to get on top of the outbreak.

Kiwis could soon be fined for not wearing face masks or not scanning QR codes in “high-risk” situations under government proposals to combat the rising threat of Covid-19 and highly infectious new variants.

Public health experts welcomed the announcement but questions remain, with the hospitality sector saying it wants to be closely involved in deciding how the rules would be enforced.

Prime Minister Jacinda Ardern said Cabinet had commissioned advice on the moves after daily scans of QR codes fell from a high of two million at the height of the pandemic in New Zealand to a low of just over 400,000.

Ardern also revealed that less than a fifth of the more than 2600 contacts of the Covid-positive Australian traveller in Wellington had been using the app.

The Government is also considering mandating mask-wearing at alert levels 2 and above at certain high-risk locations where social distancing was difficult.

Ardern said the past week had seen the virus cause significant disruption in New Zealand as Australia grapples with a serious outbreak and it was time to review our “toolbox”.

The “ongoing story of Covid” would be emerging variants and a changing response in New Zealand to avoid “losing control” of the virus, Ardern warned.

The Government would be considering the proposed changes over the next week.

Asked whether it was the individual or an establishment that would be held responsible, Ardern said it would likely be the establishment but the Government was receiving advice on this, acknowledging the extra burden on the likes of hospitality operators.

Penalties were covered under existing legislation and would likely be fines in the “moderate” range, Covid-19 Response Minister Chris Hipkins said.

Signs were encouraging for Wellington, with just under 100 of more than 2600 contacts of the Covid-positive traveller who visited Wellington yet to be tested and return a negative test.

Cabinet was considering pre-departure tests for those returning from Australia and single-state access as a means to potentially reopen the transtasman bubble.

The proposed changes could be considered reform of the alert-level system, but Ardern said she was not in favour of further alert levels.

Epidemiologist professor Michael Baker and many public health experts have long been calling for such measures.

“This is a very positive development and will improve our chances of getting ahead of the virus,” Baker told the Herald.

Similar policies had been enacted in Australia and other countries showing it was possible to get over issues around enforcement, Baker said.

Other questions remained around how scanning would be enforced for those without digital devices, and Apple/Google’s Exposure Notification (Bluetooth) rules. Hipkins said the Government would be considering both these.

Baker said the recent Australian traveller demonstrated the risk and with much publicity about the new, highly infectious Delta variant the timing was right to get the public on board.

“We know this virus spreads as an aerosol, it doesn’t care about any 1- to 2-metre social distancing rules. That’s where, in a level 2 situation where there is a risk of the virus in the community, wearing masks indoors and in crowded outdoor areas will make a difference.”

Hospitality New Zealand chief executive Julie White said the sector’s main priority was customer safety and it was supportive of measures that would ensure that while allowing businesses to continue operating.

“Those are questions we will be putting to the Government and we hope to able to collaborate over how this can be enacted.”

Meanwhile no new cases in the community were announced yesterday.