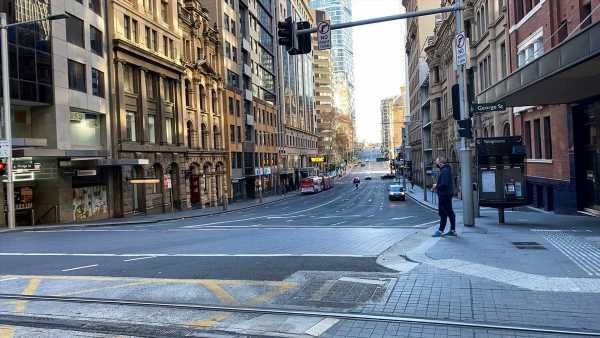 Residents in Greater Sydney are expected to endure at least another week of stay-at-home orders, with reports indicating the state’s lockdown will be extended.

New South Wales Premier Gladys Berejiklian met health officials yesterday to determine whether or not the state, which has been struggling to contain its case numbers, will remain under lock and key.

So far the state has recorded 330 locally acquired cases since the eastern suburbs outbreak began last month, thanks to the highly infectious Delta strain.

Berejiklian is yet to confirm the news, but reports from the Australian, Guardian, Sydney Morning Herald, Sky News and the ABC indicate the decision by the state’s Crisis Cabinet Committee yesterday confirmed the lockdown will last until at least midnight on Friday, July 16.

It is expected the announcement will be made this morning, with the ABC claiming the news will be revealed at 11am by Berejiklian after at least two “extensive” meetings.

Sydney, the Blue Mountains, the Central Coast, Wollongong and Shellharbour are affected by the extension. Non-essential businesses will remain shut.

The extension means students in Greater Sydney will be learning online when school starts back on Tuesday, but regional NSW students will return to face-to-face learning.

Today, residents should have a clearer idea of what next week will look like, which is likely to include ongoing restrictions including mask wearing and social distancing.

“It is understood the committee is working on a plan with further details on how the state will come out of lockdown in 10 days,” the Guardian revealed.

Among the points of discussion at the meeting yesterday was whether schools will operate if the lockdown continues, with Berejiklian refusing to settle the speculation on Tuesday morning.

The latest details reveal students will undertake online learning for the week and not return to school after the winter holidays. Regional students in NSW, however, will return.

The SMH revealed schools will be open in Greater Sydney “for children of essential workers and no child will be turned away”.

“It won’t be what life looked like necessarily before we went into lockdown,” Berejiklian warned.

It is those two cases which health officials fear could trigger more clusters.

The lockdown impacting Greater Sydney was due to end at 11.59pm on Friday, July 9, but Berejiklian told reporters yesterday the lockdown “is having its desired effect to date … but it is still concerning that a number of cases are remaining infectious in the community”.

“We’re looking at a scenario where we don’t burden our citizens more than we have to but we also have to accept the new world we’re living in,” she said.

“This Delta strain is likely to be the dominant strain of the virus until we have further information.

“We intend for this lockdown to be the only lockdown we go through, and that will factor into our decision making.”

Problematic for the state is the Summit Care aged care facility in Baulkham Hills, which had a rise of cases yesterday, along with an illegal house party at Meriton Suites, which has resulted in 12 new cases.

Professor Peter Collignon, an infectious diseases physician and microbiologist, told The Project on Tuesday night it was “likely” the lockdown would be extended for a few days, but that the case “numbers over the next few days will be critical”.

Collignon published a paper yesterday, Covid-19 and future pandemics: is isolation and social distancing the new norm?, in which he said the “new norm is isolation, plus social and physical distancing, and this new norm will likely be with us for some time to come”.

Collignon warned “this is the peak danger period for spreading viruses” and urged the Government to maintain restrictions “even if you don’t have any Covid spread in the community”.

“I don’t think we can live life normally for the next four months, we need to accept there will be restrictions, still get on with life but not go back to 2018, 2019. I don’t think that’s safe until at least October, November,” he said.

Yesterday, Berejiklian maintained that a decision on whether schools would recommence on Monday would be determined with the best interests of the wider public in mind.

“We will be in a position to make those announcements tomorrow and I know that parents will welcome that, as well as every citizen,” she said.

Collignon supported the opening of schools despite the infectious period for the community because “children, while they get infection, spread it less than their parents”.

“Unless you’ve got widespread, uncontrolled Covid, primary schools in particular should stay open,” he said.

“Individual schools may close at times when you’ve got an outbreak but schools should be one of the last places we close.”

Berejiklian rejected the notion that the decision had already been made.

“This is a salient reminder that Covid can have an impact on you and your loved ones.

“Please as you move about the community, assume everyone has Covid, follow the public health advice, and please minimise your exposures to others, particularly in indoor settings.”