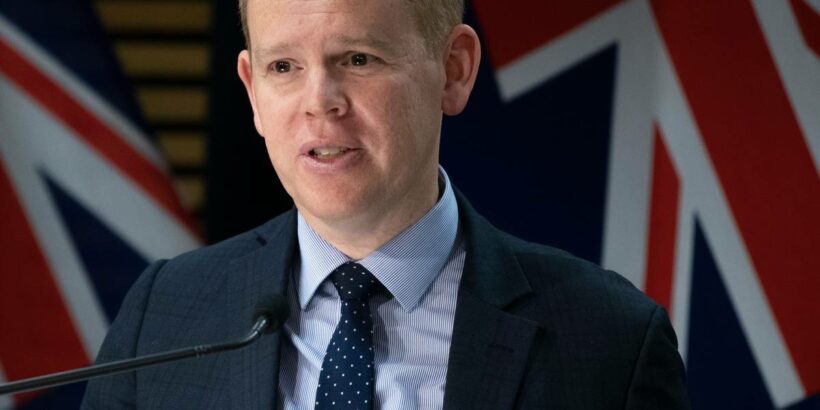 Northland will move to level 3 from 11.59pm tonight after two women obtained travel documents and spent several days in the region.

One of the women has tested positive – authorities know who the other woman is but she has not been found, said Covid Response Minister Chris Hipkins.

The confirmed case travelled from Auckland to Northland and had been to several places, warranting the change, Hipkins said.

“Updated information provided by the police today shows the case moved extensively around Northland after travelling there on October 2,” Hipkins said.

“We recognise that it is unusual to put a region into alert level 3 when there are no further cases. However it’s vitally important that we get ahead of any potential spread, and set up widespread testing and continue contact tracing efforts.”

Restrictions will remain in place until 11.59pm Tuesday and will be reviewed at Cabinet on Monday.

It will be the same level 3 as applies in the Waikato, the easing steps announced for Auckland earlier this week will not apply to Northland.

“The Auckland boundary will stay in place,” Hipkins said.

“A public health investigation continues to identify close contacts and any potential locations of interest.”

The case was in Northland from the afternoon of October 2 until the evening of October 6.

They are believed to have travelled around the region, including in Whangarei, Kamo, Paihia and Kawakawa, before returning to Auckland.

The first locations of interest for Northland have been added to the Ministry of Health’s website.

They are the BP Connect Wylies petrol station at 49 Maunu Road, Woodhill, Whangarei from 11.20pm on 2 October to 12.20am 3 October. And the Z Kensington service station, corner of Kamo Road and Nixon Street, Whangarei from 3.45pm-4.45pm on 4 October.

Testing centres operating in the Northland region are at Kaitaia Hospital; 1 Sammaree Place in Kerikeri, Dargaville Hospital; 20 Winger Crescent in Kamo; and Pohe Island in Whangarei.

“Widespread testing and wastewater testing will take place over the weekend,” Hipkins said.

“Every Northlander needs to stay home, get tested as soon as possible if they have symptoms, and continue to check the Ministry of Health website for updated locations of interest. And of course vaccination centres continue to be open in alert level 3.

“We know many people in Northland live rurally, but the advice is the same for everyone – get vaccinated, get tested, and follow the alert level 3 requirements.

“As we have seen in Waikato the virus is finding its way into rural areas and finding unvaccinated people. Distance is no barrier. It’s never been more urgent to get vaccinated and we urge everyone to act now.”

Hipkins said the decision followed an emergency meeting of ministers this evening.
New

He confirmed that the case had not been cooperating with contact tracers, and there was some information to suggest they weren’t travelling alone.

He said vaccination rates in Northland are low, which was also a factor.

About 70 per cent of the eligible population there have had one dose, while 48 per cent have had two doses. Those rates are lower for Maori: 52 per cent for one dose and 32 per cent fully vaccinated.

There was a chance that the virus could spread through the region quickly, he said.

The virus had a way of finding the unvaccinated, he said, and he urged people in Northland to get the jab to protect themselves and their loved ones.

He said it had been difficult to locate the case too following the first weak positive test result, and it took police involvement to find the person again.

He said there was no information at this stage to say whether the case was involved with a gang, or connected to a gang.

At this point, he said the case had obtained a travel document by providing false information – though he said this information was yet to be confirmed.

He couldn’t say why the person had travelled, but the document had permitted the travel under the “social services category”.

He said he didn’t know at this stage how many contacts there might be connected to the case.

The person the case travelled with has now been identified but remains at large. Hipkins said he didn’t know where they are.

Both the case and her contact were women, he said.

He couldn’t say whether she was reluctant to be cooperative because she might be trying to protect anyone else from being contacted by police.

The virus reaching those harder-to-reach places made contact tracing more challenging, he said.

“This has been the starkest of those.”

There were 44 community cases announced at 1pm today, 12 of which were unlinked.

Forty one were in Auckland while three were in the Waikato.

“We acknowledge today’s numbers are higher than recent days. This is not unexpected because there have been a number of contacts of new cases and we can expect to get fluctuations from day to day.”

At 1pm, there were 26 unlinked cases in the past fortnight.

Today extra regions in the Waikato awoke to an expanded level boundary, following new cases that had popped up outside the initial boundary on Wednesday.

The level 3 settings in the Waikato do not include the easier restrictions that Aucklanders have enjoyed since Wednesday, which include outdoor socialising of up to 10 people and two households.