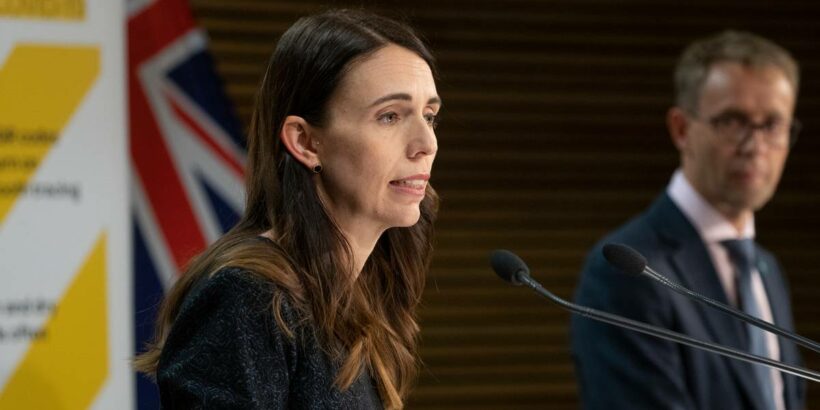 Work is in progress to determine if there are any locations of interest after a supermarket truck driver crossed the Auckland boundary to deliver goods.

However, it was not known if they were infectious at the time.

Bloomfield said if there were locations of interest it would be made public, but there may not be any.

He said it’s common for locations to be kept private if exposure events are contained and all people are easily identified.

If there were any locations of interest, they will be put on the Ministry of Health website.

Prime Minister Jacinda Ardern said pick-ups and drop-offs will all be noted.

Ardern said there is no suggestion the driver had done anything they shouldn’t have.

The driver tested positive after being identified as a household contact of another case.

A Countdown spokeswoman said they haven’t been contacted by the health authorities in relation to the case.

There are 13 new cases of Covid-19 in the community today, including the truck driver.

Ardern said for those regularly crossing the border, a test on a weekly cycle was suitable.

From 11:59pm this evening all permitted travellers across the Auckland boundary must show proof they have been tested.

Police will check compliance from midnight tonight, and those who cannot show proof will be turned back, Bloomfield said.

There is a pop-up testing centre at Mobil station on SH1 near Meremere from tomorrow.