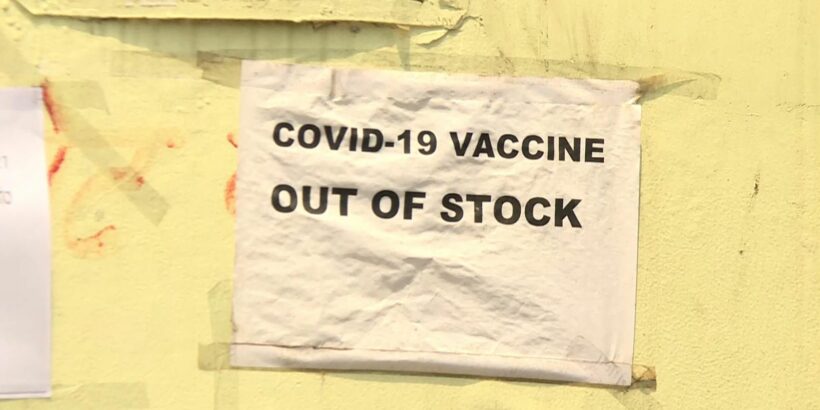 India is still hitting yet more staggering new global highs for daily coronavirus cases as its vaccine rollout-for-all stuttered and stumbled even before it got properly off the ground.

Most states and many hospitals around the country reported being forced to postpone the programme for days, maybe longer as stocks failed to make it to the vaccination centres charged with inoculating everyone 18 years and older.

The citizens of India were left reeling, not for the first time, over how the world’s biggest manufacturer of vaccines has been left without enough for its own population. We watched as people lined up, some dressed in hazmat suits, to make sure they got their vaccinations from the few centres in Delhi which had managed to procure the vaccine.

The centre we were at didn’t want to disclose exactly how many vaccines it had but a nurse told me they’d vaccinated 600 people the day before.

In a country of more than a billion, they have a long way to go yet if they’re to halt or even slow the rise in infections.

One woman told us: “I’m not sure India should have given so many vaccines away before vaccinating its own population.”

The government’s own data showed it had sent nearly 70 million doses overseas since January – enough to easily vaccinate the entire populations of Delhi, Mumbai and Calcutta. The country famously sent out vaccine stocks to Bhutan which inoculated 93% of its population in just over a fortnight.

The Indian government had reassured its citizens only days before the 1 May rollout that the vaccination programme which began in January for its elder population would be extended to everyone 18 years old and over.

But that was a few months ago.

Since then, the virus has ripped through the Indian population, overwhelming its fragile health service; causing an acute shortage in oxygen supplies; and transformed the country which once boasted it was in the pandemic end-game into the global epicentre of the disease.

COVID-19: Amid India’s corruption and profiteering are shining examples of courage and selflessness 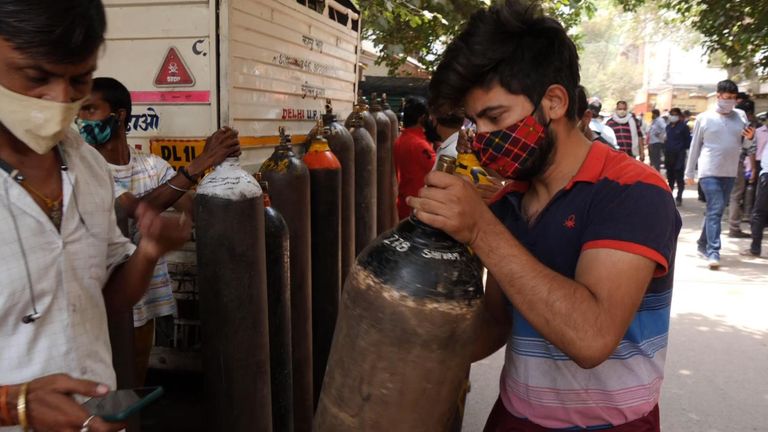 Many scientists believe the only way India is going to get on top of the virus is to vaccinate.

Many will be questioning why this wasn’t started earlier and with vigour.

But the country which is home to the world-famous Serum Institute India (SII), the globe’s biggest vaccine manufacturer, must surely be in a good position to do just that now?

The institute seemed well ahead of the game having signed a deal with AstraZeneca and the University of Oxford, long before the vaccine had been authorised in mid 2020.

It was to manufacture a “billion doses for low and middle income countries”.

COVID-19: India’s vaccine export ban could send shockwaves worldwide. Should the UK step in to help? 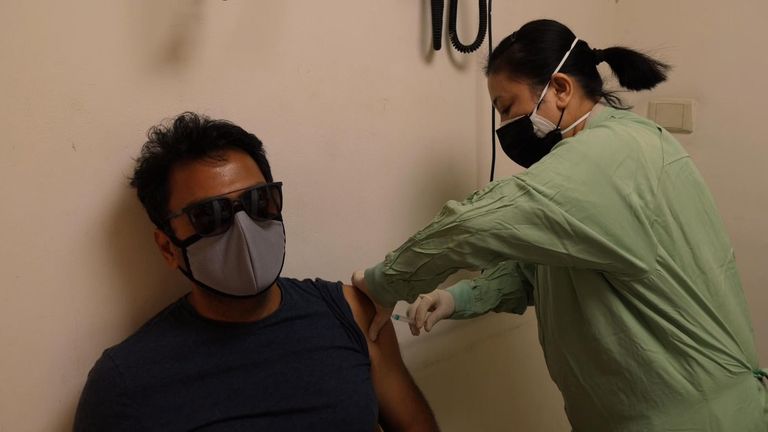 But it was still attempting to fulfil its contractual obligations overseas up until mid-April when the country was recording world record highs in daily coronavirus infections.

The Indian government has now temporarily halted vaccine exports while it gets to grip with one of the worst crises it has ever endured.

But the signs are not good. And vaccines are far from the only shortage.

Despite days ago promising that the oxygen shortfall would be sorted, we still saw queues and queues of people in Delhi, some of whom have waited 10 hours to try to fill up a cylinder of oxygen for hospitals who don’t have supplies for their sick relatives.

One young woman who’s mother is ill in hospital with COVID said she’d been looking for oxygen for the past three days.

COVID-19: Why India’s COVID spike means the world has to wait for its jabs 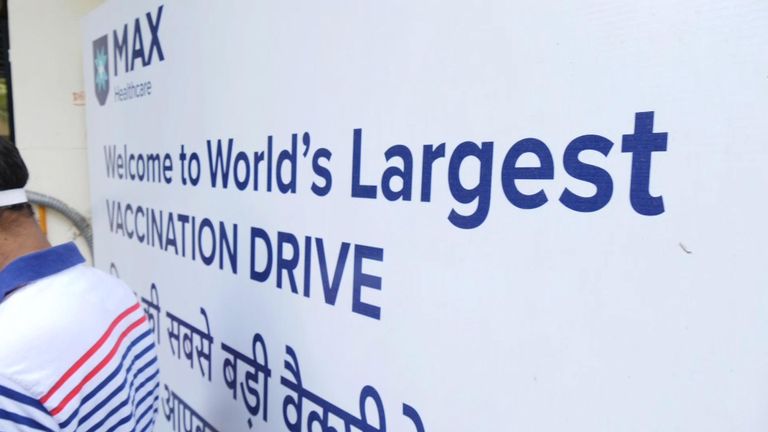 “When cases started rising up,” Urvashi Sharma told us, “I thought the government had a plan… but it turns out they didn’t… within the first week, I understood the government had no idea and they’re not prepared for anything… that we don’t have enough ventilators in one hospital, never mind whatever we need for the entire city or entire nation.”

Delhi’s High Court judges have now been forced to step in, warning the government it needs to fulfil its obligations, follow through on its guarantees to sort the oxygen and provide the capital with enough oxygen.

“Enough is enough,” the judges ruled. “Water has gone above the head. Now we mean business. You will arrange everything now.”

This is all happening nearly two weeks after the crisis ignited – and as the capital city is hearing that yet more patients – including a doctor – died when oxygen supplies ran out at a Delhi hospital for about 80 minutes. Hospital chiefs from the Batra Hospital reported at time of writing that 12 people had died after their oxygen stocks were depleted.

SOS calls from hospitals and relatives across the country are still filling social media pleading for oxygen, just days after the prime minister said he was putting the nation on a war-footing to try to solve the crisis.

I’m sitting late at night in Delhi listening to an official from Batra Hospital saying he only has enough oxygen until early morning.

“It’s been a harrowing nine days,” he said. “We are battling all the time. We are constantly running out of oxygen. The enemy is not at the doorstep. It’s right inside our houses.”

The worry for India is that the virus spread, the virus deaths and the virus chaos does not seem to be abating one bit. Rather, it seems to be growing.