Two top health officials appeared before a Senate panel the day after AstraZeneca announced a hold in a vaccine trial. Britain will ban most gatherings of more than six people starting Monday.

Restaurants in New York City can reopen indoor dining at 25 percent capacity on Sept. 30, the governor said, a major milestone in the city’s recovery.

Here’s what you need to know:

Dr. Francis Collins, the director of the National Institutes of Health, emphasized to senators that coronavirus vaccine development and distribution would be determined based on science and not politics.

I can’t say strongly enough that the decisions about how this vaccine is going to be evaluated and assessed is going to be based on science. And I know I speak for my colleagues in the government, and certainly for the scientific community broadly, that that can be the only basis upon which this decision is made. Otherwise, the public would not be expected to trust us. So that will be the only measure. Will it be done by a certain date? I could not possibly tell you right now because I don’t know what’s going to happen in the coming months. I do have cautious optimism that by the end of 2020 at least one of these vaccines will have emerged, and turned out to be safe and effective. But even that is a guess, and certainly to try to predict whether it happens on a particular week before or after a particular date in early November is well beyond anything that any scientist right now could tell you, and be confident that they know what they’re saying. So yes, science, and science alone will be the way in which this decision is made. Otherwise, I’ll have no part of it. 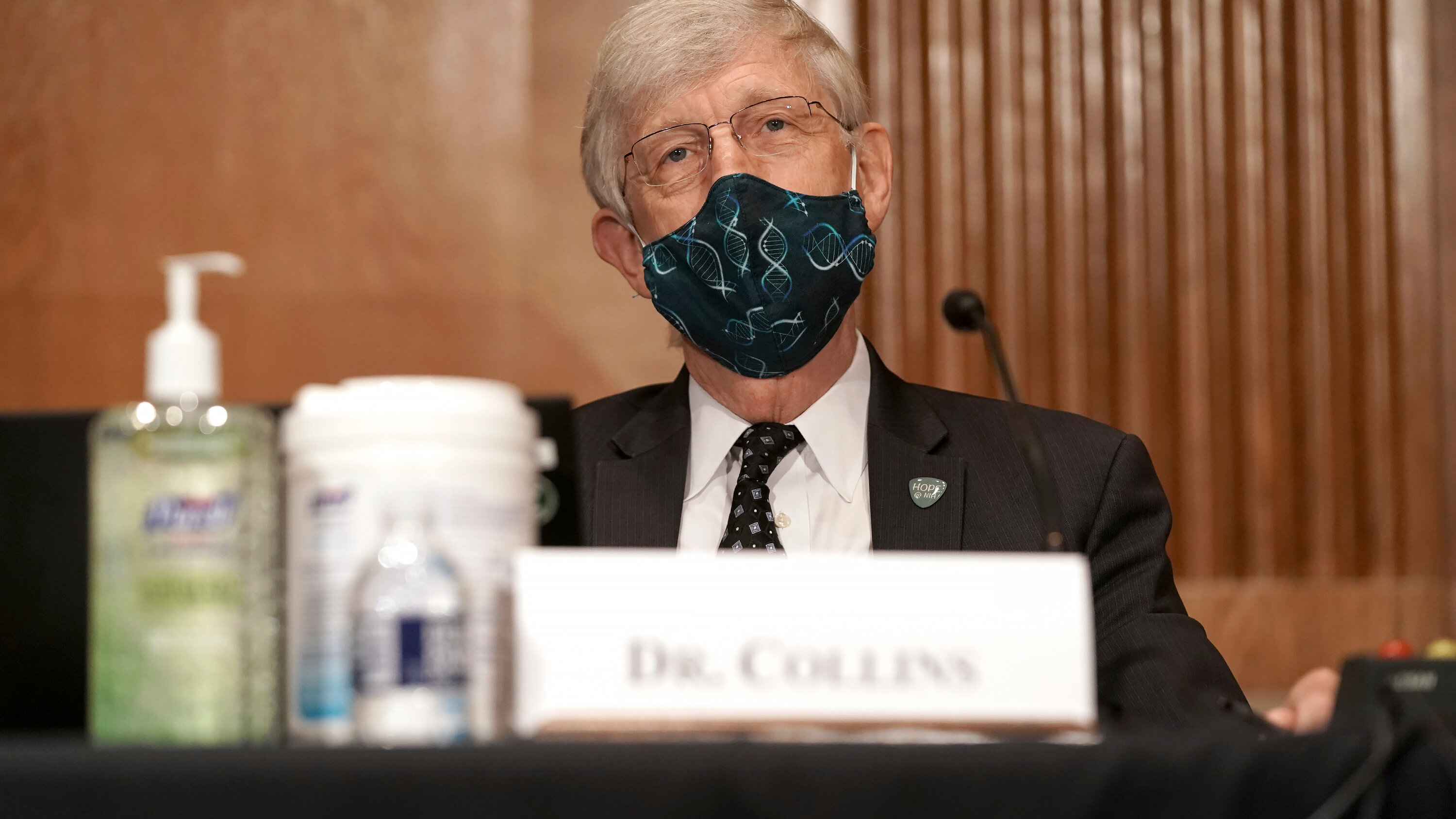 Dr. Francis Collins, the director of the National Institutes of Health, took issue on Wednesday with President Trump’s suggestion that a coronavirus vaccine would be available by Election Day, as he repeatedly sought to reassure senators and the public that a vaccine would not be made available to the public unless it was safe and effective.

“Certainly, to try to predict whether it happens on a particular week before or after a particular date in early November is well beyond anything that any scientist right now could tell you and be confident they know what they are saying,” Dr. Collins told a Senate panel at a hearing on the effort to find a vaccine.

Wednesday’s hearing, before the Senate Health, Education, Labor and Pensions Committee, came amid growing concern over whether people would be reluctant to take a coronavirus vaccine, and whether Mr. Trump would apply political pressure on his administration to quickly approve one to give him a boost in his re-election bid against former Vice President Joseph R. Biden Jr.

On Tuesday, a group of drug companies all in the race to develop vaccines pledged that they would not release any vaccines that did not follow rigorous efficacy and safety standards. Hours later, a leading vaccine developer, AstraZeneca, announced that it had suspended a large-scale clinical trial of a vaccine candidate after a patient experienced what may be a severe adverse reaction. Dr. Collins pointed to that development as “a concrete example of how even a single case of unexpected illness is sufficient to hold a clinical trial in multiple countries” — and evidence that “we cannot compromise” on safety.

In an interview on “CBS This Morning,” Dr. Anthony S. Fauci, the government’s top infectious disease expert, echoed that sentiment.

“That’s the reason why you have various phases of trials, to determine if in fact these candidates are safe,” Dr. Fauci said, adding that such a halt was “not uncommon at all.”

At the hearing, Democrats on the panel grilled both Dr. Collins and Surgeon General Jerome Adams on the effect of Mr. Trump’s false statements about the vaccine, and whether they would erode trust in the development process. Dr. Collins demurred, however, as Senator Elizabeth Warren, Democrat of Massachusetts, asked him point blank whether Mr. Trump’s misinformation would discourage people from taking the vaccine and hurt the effort to distribute it.

“I’m not sure I know the answer to that question,” Dr. Collins said. When Ms. Warren pressed him again, he added, “I just hope Americans will choose to take the information they need from scientists and not from politicians.”

Dr. Collins said he had “cautious optimism” that a safe and effective vaccine would emerge by the end of the year, though he added, “but even that is a guess.”

Even as the trials proceed, there are huge questions about who will get a vaccine first and how it will be distributed. Dr. Adams told the panel that the administration intended to release guidelines later Wednesday that would allow state-licensed pharmacists to vaccinate anyone older than age 3.