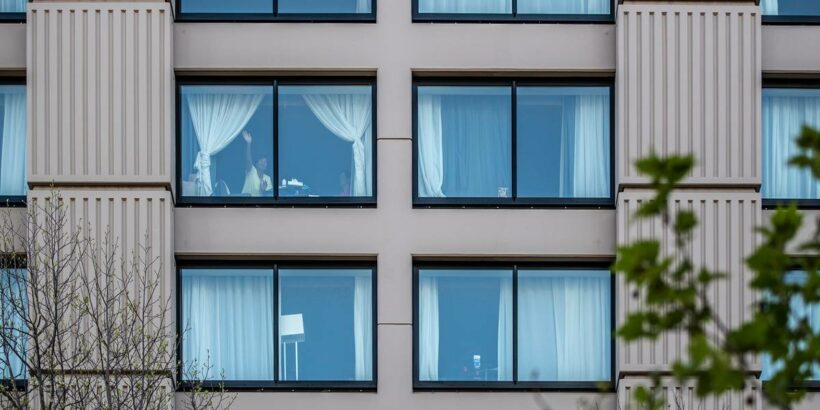 The latest MIQ room release has been postponed due to the “unprecedented number of Omicron cases”.

In a statement, Head of MIQ Chris Bunny said there has been a tenfold increase in positive Covid-19 cases at the border compared to December. Currently, the seven-day rolling average of border cases is 33.

“We appreciate that this will be disappointing for many people wanting to come back to New Zealand. The Government’s strategy is to minimise the risk of Omicron in New Zealand as much as possible,” he said.

“There will be room releases in the future for people wanting to secure rooms, however right now we cannot proceed as planned.”

Bunny said a room release will be scheduled for the future as officials navigate a “range of uncertainties and manage significant capacity pressures”.

ACT leader David Seymour said the decision “will be devastating for Kiwis abroad and it’s time for a solution”.

“We can’t go on like this, families have been torn apart and businesses can’t get workers. It’s time for some certainty.”

The current time for returnees in MIQ is 10 days, however, those who test positive and close contacts must stay longer.

“In addition, we are monitoring the number of community cases, some of whom are required to come into MIQ,” Bunny said.

A MIQ room release was previously scheduled for two days before Christmas but it was postponed until January 6, after the Omicron outbreak in many other parts of the world prompted the Government to scrap its self-isolation component for new arrivals.

In the most recent MIQ lottery which dropped on January 6, 11,000 people queued online for MIQ spots, but most left disappointed.

None of those who snapped up the 1250 rooms were from Australia. This lottery was the busiest since November, as officials grapple with how to address the threat of a Covid-19 Omicron variant outbreak – attracted three times as much interest as the previous one on December 16.

The self-isolation scheme received criticism after the nation’s first community Omicron exposure was caused by Rhythm and Alps performer DJ Dimension, who failed to correctly follow self-isolation rules and visited Auckland’s CBD before realising he had tested positive.

Before the Omicron scare, the Government’s three-phase plan to reopen the country’s international borders was set to begin this month. The first stage was to allow fully vaccinated Kiwis and other eligible travellers to travel from Australia and self-isolate at home for seven days instead of going through MIQ.

Phase 2 would allow fully vaccinated Kiwis and other eligible travellers from all other countries to travel to New Zealand with self-isolation instead of MIQ. It had previously been planned to begin on February 13.

The delay, officials said, is to allow more time for New Zealanders to receive a booster dose of the Covid vaccination. Three doses are believed to provide better protection against Omicron.