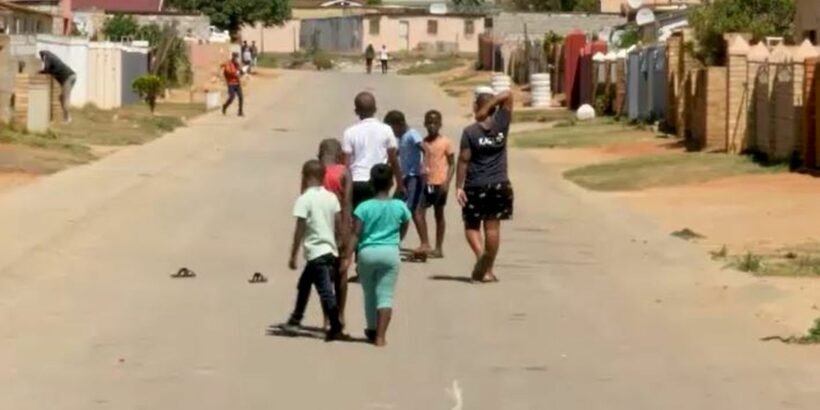 There is a pink house in the township of Zwide that sounds much like any other family home at six or seven in the morning.

Inside, we watched three boys and one girl race to get ready for school and there were lots of things to brush, tie and polish before the school bell rang.

But there was someone missing in this house in the South African city of Port Elizabeth.

The children’s mother, Bela, has died of COVID-19 – and their father has left the scene.

Abuqua, who is 16, his sister Amyoli, 11, and nine-year-old twins Oyi and Ayi are orphans now – and they have been left in the care of their frustrated 23-year-old cousin. “Why would I want to be doing something like this?”

Without their mother, who worked as an assistant teacher, the children now find themselves in an uncomfortable situation. 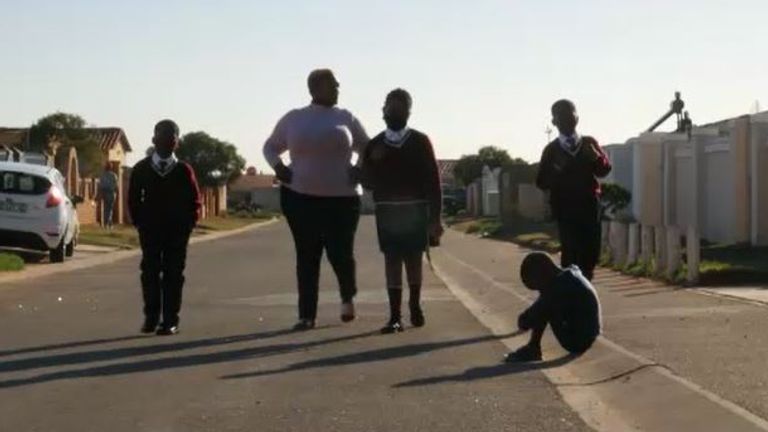 The twins have no one to help them with their homework.

“We teach ourselves – but our mother used to teach us,” says Oyi Tyatya.

And without their mother’s income, the kids do not always have enough to eat. Amyoli told me that she drinks water to stop the feeling of hunger.

Community leaders in this province, the Eastern Cape, told us that thousands of children have lost their parents or primary care-givers to the virus and it has put families like the Tyatyas under extraordinary strain.

The children’s uncle, Khaya Tyatya, does what he can but he works as a pastor and his salary does not go very far.

“You know how much pastors get paid? It’s not very much and we have not been able to hold services lately.”

Reverend Tyatya is under considerable strain, both financially and emotionally. Three of his sisters – including Bela – have died from COVID-19 and the virus also took the life of his wife, Queenie. They were buried at a windswept cemetery in Port Elizabeth and the pastor wanted to show us Bela’s plot, but it took him several hours to find it. The graveyard has grown dramatically since his loved ones were interred last July.

I asked the church leader if he remembered how he felt.

“I could not understand why this is happening to me alone, what is it that I have done to deserve this? But there are questions that cannot be answered on this side of the world, hence I say, I want to ask Jesus in heaven, one-on-one, why was this allowed happen to us?”

For residents like Reverend Tyatya, COVID-19 has been shocking and traumatic.

More people have died from the virus in the Eastern Cape than anywhere else in the country and a highly contagious strain, known by scientists as 501Y.V2 and others as the South African variant, was first discovered by health workers in and around Port Elizabeth. 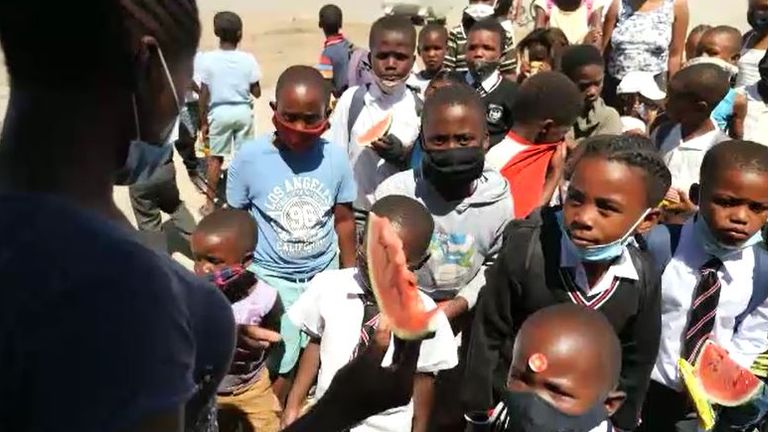 But young people will be forced to live with the legacy of this disease.

In a world without adults, soup kitchens for children are now required and we found volunteers at one, handing out noodles and watermelon in a township in Port Elizabeth.

The youngsters, both orphans and members of vulnerable families, looked grateful but the organisers told us they were sad because this is all they can do to help them.