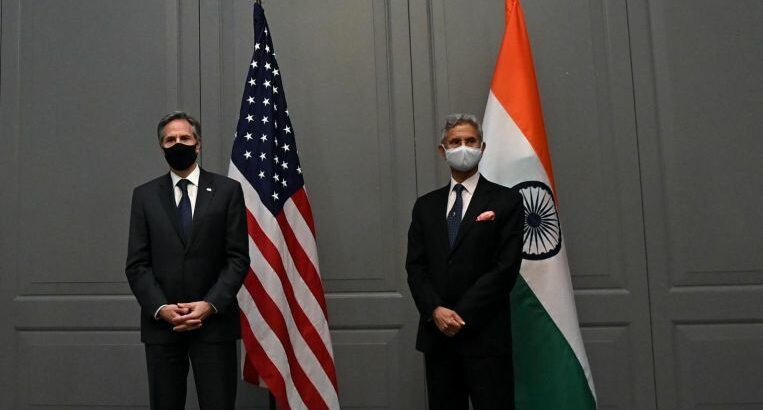 LONDON (REUTERS, AFP) – India’s delegation to the Group of Seven summit in London will be attempting to attend its meetings virtually after two of its members tested positive for Covid-19, a Sky News reporter said on Wednesday (May 5), without citing sources.

Britain’s foreign office had no immediate comment. The Indian High Commission in London did not immediately respond to requests for comment.

Earlier, British Vaccines Minister Nadhim Zahawi said he was unaware of a report that delegates from G-7 countries meeting in London this week were self-isolating because of a Covid-19 scare.

The G-7 devoted its first session on Tuesday to China, whose growing military and economic clout, and willingness to exert its influence at home and abroad have increasingly unnerved Western democracies.

The foreign ministers later held a session on the spiralling crisis in Myanmar and were also due to discuss Russia, Libya, Syria and climate change, among other topics.

Britain also announced on Wednesday that the G-7 finance ministers will meet for the first time in person since the pandemic on June 4 and 5, at Lancaster House.

Ministers are meeting under strict coronavirus protocols, with stripped-back delegations and social distancing, including face masks and perspex screens between speakers.