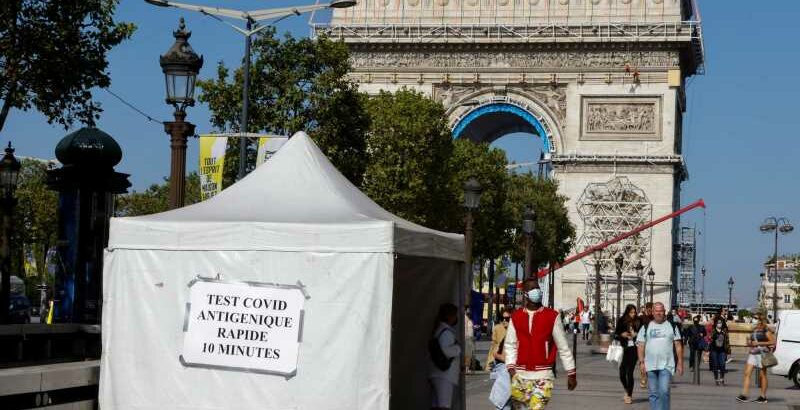 France has tightened up its rules for people travelling into the country from outside the European Union amid growing fears about the Omicron variant.

Travellers – including from the UK – will need to show a negative COVID-19 test, regardless of their vaccination status to enter the country.

French government spokesman Gabriel Attal confirmed the move on Wednesday after a government meeting – and said further decisions regarding travel in the EU would be coordinated by European leaders later this week.

The move is part of a series of measures aimed at tackling a new surge in COVID infections.

It also comes as Japan asked international airlines to stop taking new reservations for all flights arriving in the country until the end of December.

Japan’s transportation ministry said the request is an emergency precaution amid growing concerns over the spread of the new Omicron variant in what is the world’s third largest economy.

The nation also confirmed a second case of the new variant in a person who arrived from Peru.

Japan is requiring citizens arriving in the country to quarantine for up to 14 days.

Meanwhile, Nigeria has confirmed its first cases of the Omicron variant among two travellers who arrived in the country from South Africa last week.

It means Nigeria has become the first West African nation to identify the Omicron variant and joins a list of over 20 countries where it has been recorded, triggering travel bans across the world.