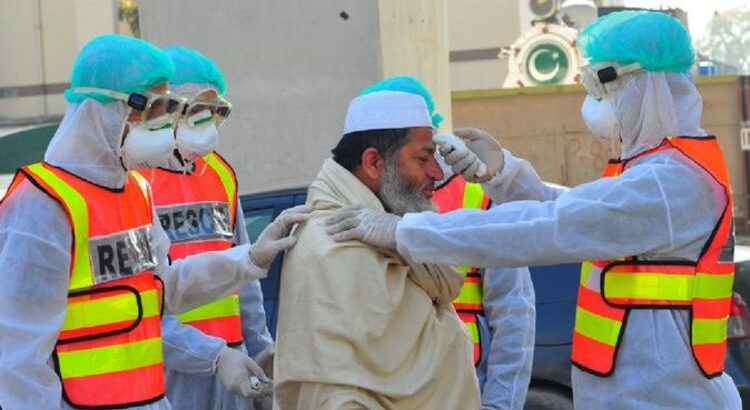 India 'took its eye off the ball with coronavirus' says expert

New infections are already approaching levels last seen at the peak of the first wave in June and show no sign of slowing down. Roughly 5,500 new coronavirus cases along with 130 deaths are being reported on a daily basis. Health authorities are struggling to add extra beds and ventilators at hospitals around the country, as wards fill up with seriously ill patients.

The Government has admitted that the number of patients requiring oxygen is much higher than last summer, and is pleading with the public to observe social distancing rules.

Dr Muhammad Suhail told the Daily Telegraph that all 130 beds at his hospital, the Hayatabad Medical Complex in northwest Pakistan, were full.

He said: “We are clearly heading towards a situation India is facing today. 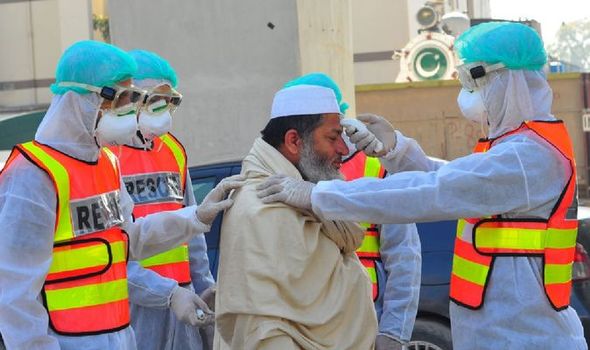 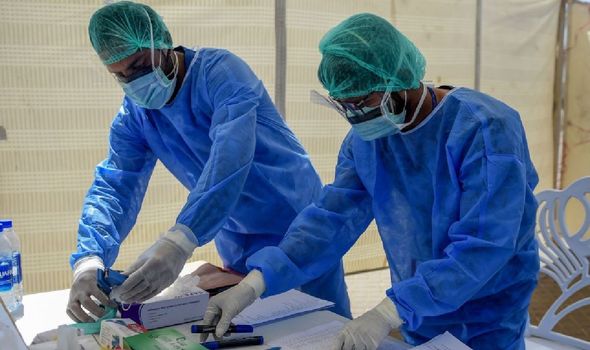 “Both Pakistan and India have same issues.

“People in both countries aren’t following the [precautions].”

Pakistan spends even less money on its healthcare system than India, leaving it ill-equipped to deal with the pandemic. 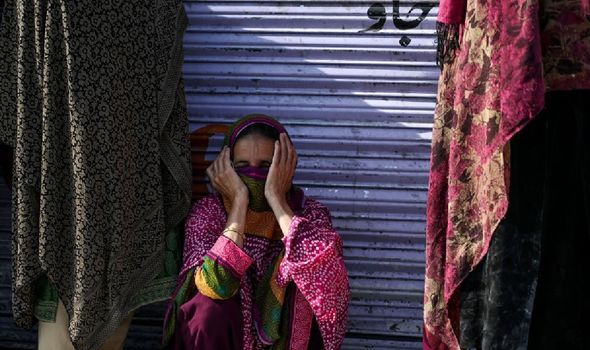 According to figures provided by the World Bank, Pakistan invests just 3.2 percent of GDP into its health services. This is compared to 3.5 per cent in India.

At the same time, there is a chronic lack of vaccines with less than one percent of the population having received a jab.

Pakistan is still waiting on deliveries of vaccine doses from the Covax scheme and is at the moment totally dependent on Chinese donations. 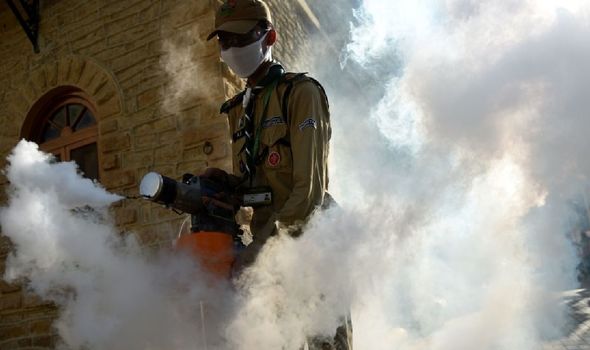 Across the border in India, there are no signs of a let up in the explosion of cases and suffering of the people.

A staggering 200,000 people have now died in the country from the virus, which continues to rip through the population.

On Wednesday, Indian health officials said that another 360,000 new cases were reported within the last 24 hours.