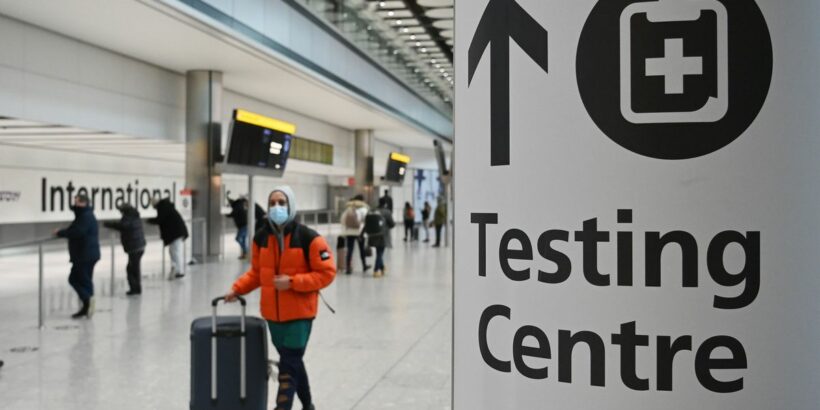 The Brazilian variant of Covid-19 is believed to be deadlier than other strains in the UK, experts have warned.

The Manaus P1 mutation is thought to possess a "double whammy" of being both more contagious and better at "evading antibodies" than the strain first discovered in Kent.

Danny Altmann, professor of immunology at Imperial College, said it was "likely" the Brazilian variant was "breaking through" antibodies built up by previous infection.

Referring to new research on the Brazilian city of Manaus, published in The Lancet, Professor Altmann also said urgent action was needed to prevent other strains being imported from abroad, but admitted the task was a "really, really hard challenge".

"It was expected that there would be quite a high level of protection there because analysis of antibodies in blood bank samples showed (Manaus) had one of the highest levels of immunity in the world coming into the second wave, perhaps more than 70%, and yet they're seeing this enormous wave of reinfections," he said.

"So, if you put two and two together their assumption is that's because the new variant is breaking through those antibodies. But if that hadn't really been proven yet, it looks likely."

Asked if it was impossible to keep the door shut to new variants coming in to the UK, he told Times Radio: "It's a really, really hard challenge. The border controls, test and trace and containment hasn't been our biggest strength.

"We see these variants popping up variably all over the world, so we're just as liable to suffer from a homegrown one as an imported one.

"So we just need to be really on the case all the time."

The news comes after a patient who tested positive for the Brazilian mutation of the virus went missing.

Health officials said six new cases of Brazilian mutation were discovered across England and Scotland on Friday and Saturday, but one of those infected, whose identity remains unknown, had since disappeared.

Police have launched a urgent manhunt to track down the patient.

"We need to look at how these cases have arrived in the country in the first place in order to prevent others doing so," she told the Today programme.

"These cases seem to have arrived a month after the Brazil variant was first identified and we were raising with the Government the need for stronger action."

Ms Cooper said many travellers would have taken "indirect flights" from Brazil and that the situation highlighted "gaps" in the system.
She added that the Government should be "learning lessons" from countries such as South Korea and New Zealand, that have extra precautions such as testing and transport home from airports.

"There is a concern that the Government is raising expectations about summer holidays that they may not be able to meet," she said.

Professor Altmann added that the new variant was "somewhat more worrying" than the Kent strain in the UK.

"It's somewhat more worrying than the UK variant, the Kent variant, that we're used to talking about, because it covers the double whammy, we think, of being more transmissible and somewhat better at evading neutralising antibodies."

On what it would mean for the vaccination programme if the variant became widespread, he added: "The way I think about it is it's a bit like, and I think about the effect that the Kent variant had on us, it just slowed everything up because suddenly things started to get a little bit worse again, and you know the end seemed a little bit further away.

"When I look at the data on how well this variant gets neutralised, it's not that all immunity is gone, it's that the vaccines look so much less potent, so there'll be more people who have low antibody responses where it can break through and get affected. It all comes back much harder."

Meanwhile, surge testing in South Gloucestershire is being launched tomorrow morning after two family members in the same household tested positive for P1.

Public Health England (PHE) said one had returned from Brazil and infected the other. Both are now isolating.

Two other people in the home have tested positive for Covid, but which strain they carry has not yet been identified.

Passenger who flew on the Swiss Air flight LX318 from Sao Paulo to London Heathrow via Zurich on February 10 – and their immediate families – to be tested immediately.