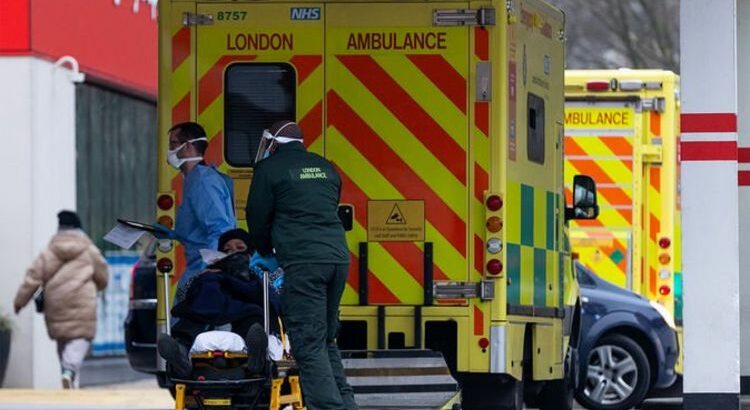 After the variant was first discovered in South Africa on November 26, the country saw a massive spike in Covid cases. However, early data from South Africa holds that Omicron may already have peaked, with infections plummeting in the last week.

Covid cases in South Africa reached an average of 10,000 daily infections early in December, but later fell to around 5,000 a day.

A report from the country’s National Institute for Communicable Diseases (NICD) showed cases in the week up to December 18 have dropped nationally by 20.8 percent in a week.

Dr Waasila Jassat, from the NICD, said: “We saw a very rapid rise in cases and an early peak — and the indications are that since then we’ve had a remarkable drop.”

NICD’s Michelle Groome also told a news briefing: “Really we feel that this has persisted for over a week and that we are past the peak in Gauteng.”

In the Gauteng Province, which was the epicentre of the variant, cases have significantly come down by almost half (46 percent), with drops of between six and 40 percent in other provinces.

Speaking to The Times, Francois Venter, a medical professor at the University of the Witwatersrand in Johannesburg, predicted that at the current rate of decline, Omicron would “be pretty much gone” from all of South Africa by the end of January.

He told the outlet: “It is an unprecedented infectious diseases event.

“Omicron cases have raced through the population — it has moved so quickly that contact tracing, isolation, quarantine or any traditional containment measures are a total waste of time.”

In the UK, Prof Chris Whitty, England’s chief medical officer, echoed the South African experts and said the wave of Omicron cases is expected “to peak really quite fast then come down faster than previous peaks”.

Speaking to the Commons Health and Social Care Committee on December 16, he said: “I think what we will see with this – and I think we are seeing it in South Africa – is that the upswing will be incredibly fast, even if people are taking more cautious actions, as they are.”

However, he warned that even if Omicron turns out to be mild, high case numbers will still lead to pressure on the NHS.

Since then, early findings from the UK Health Security Agency (UKHSA) suggested people with Omicron are estimated to be between 31 percent and 45 percent less likely to go to A&E compared with those with Delta.

However, the head of the Africa Centers for Disease Control and Prevention said on Thursday early South African data should not be extrapolated to other countries.

John Nkengasong, director of the Africa CDC, said: “We should interpret the data from South Africa with a lot of caution and in the context that this is early days.

“Let’s be careful not to extrapolate what we [are] seeing in South Africa across the continent or across the world.”

It also comes as reports hold UK ministers could meet as soon as Monday to determine whether new restrictions are needed in England over the new year.

They are expected to assess new modelling from the University of Warwick, given to the Scientific Advisory Group for Emergencies (SAGE) in documents published on Thursday.

A Government source told the Guardian: “We are worried about workplace resilience.

“That’s a key reason to reduce the isolation days [from 10 to seven] but a decision will have to be taken in the round, taking in hospitalisations and severe illness, which should be clearer over the weekend.”